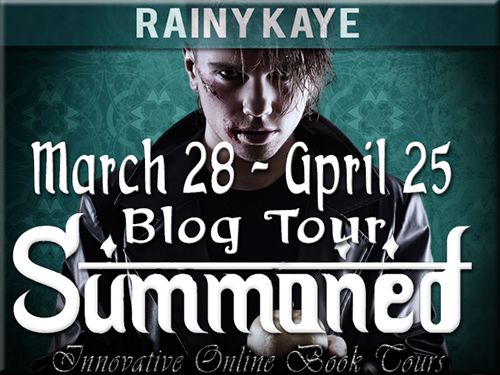 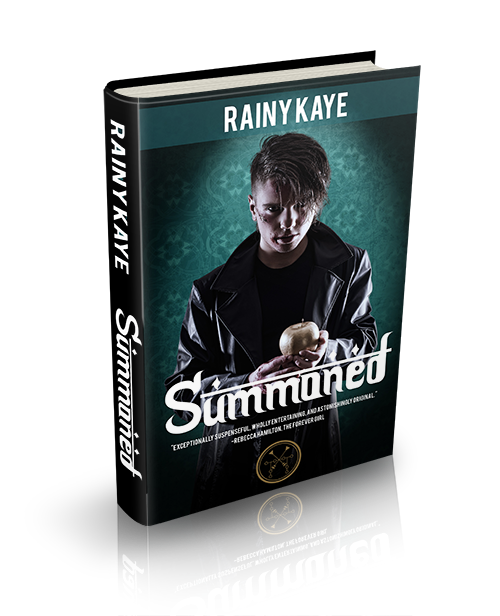 Twenty-three year old Dimitri has to do what he is told—literally. Controlled by a paranormal bond, he is forced to use his wits to fulfill unlimited deadly wishes made by multimillionaire Karl Walker.

Dimitri has no idea how his family line became trapped in the genie bond. He just knows resisting has never ended well. When he meets Syd—assertive, sexy, intelligent Syd—he becomes determined to make her his own. Except Karl has ensured Dimitri can't tell anyone about the bond, and Syd isn't the type to tolerate secrets.

Then Karl starts sending him away on back-to-back wishes. Unable to balance love and lies, Dimitri sets out to uncover Karl's ultimate plan and put it to an end. But doing so forces him to confront the one wish he never saw coming—the wish that will destroy him.

Summoned is represented by Rossano Trentin of TZLA.

Find out more at http://www.summonedtheseries.com 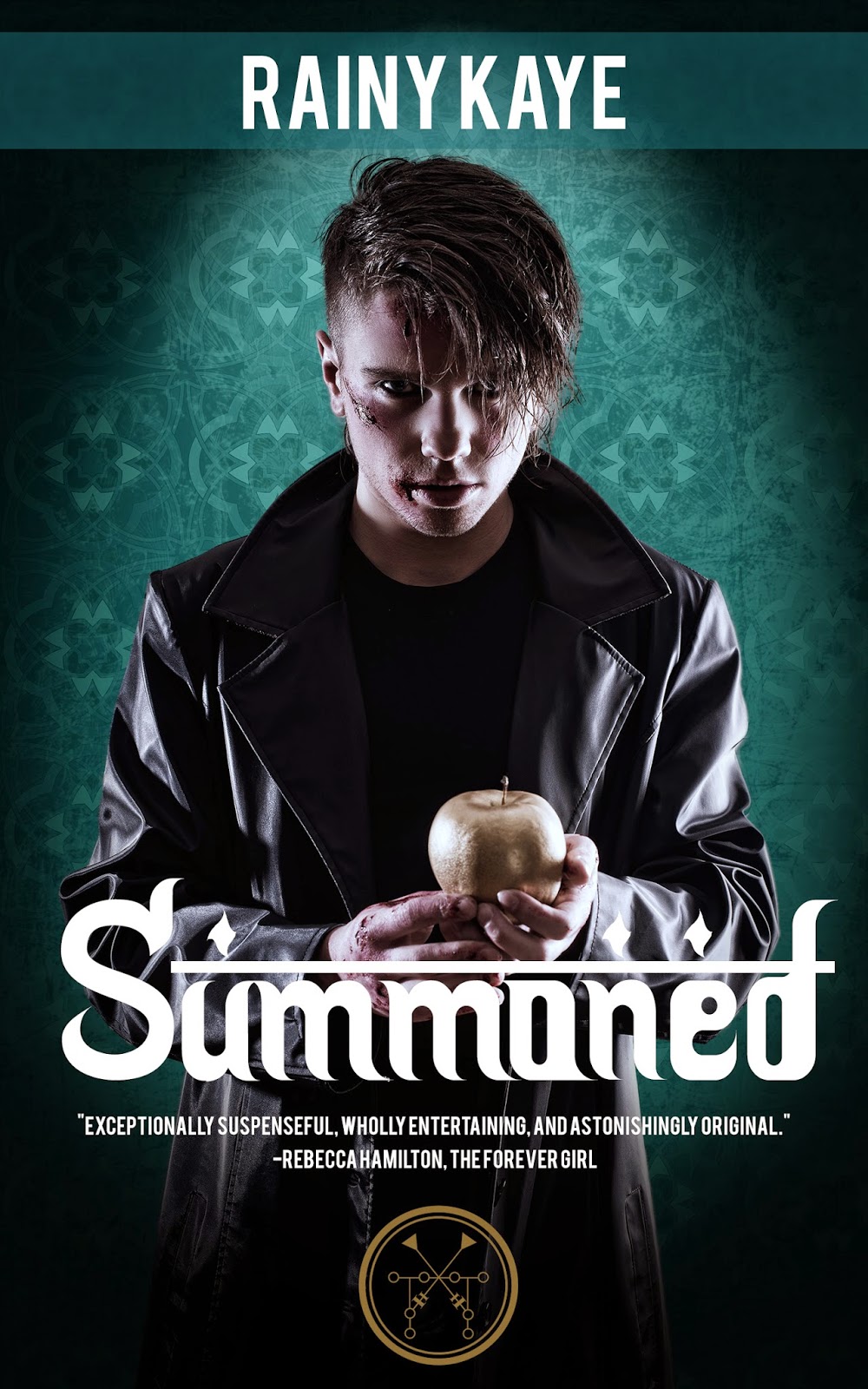 I dislike having to murder someone. Kidnapping is worse. At least when I setup a kill, I know what's coming. No connections, no honesty, no surprises. Everything I say and do are just steps to luring in my victim. Once the victim falls right into the trap, the next move is swift: crushed windpipe, fatal concussion, or a good ol' fashioned headshot.

Kidnapping, on the other hand, is a little trickier. First, the victim has an opportunity to respond. I don't like this. Sometimes they cry. Sometimes they manage to alert the authorities. And sometimes they escape, usually by inflicting bodily harm on me.

The second major difference between killing and kidnapping is my conscience. I get in and out with a kill. We have no chance to bond.

Abductees require a little more one-on-one. As much as I try to keep the switch turned off, I can't help but listen to their pleas and demands. And I usually realize I'm a jerk.

That's exactly where I find myself one late afternoon in June. I prefer doing this at night, but moreover, I would prefer not doing this at all.

Instead, I have a belligerent nine year old girl sitting in the passenger seat of my Honda Accord, shackles on her wrists and ankles and a small stuffed bunny on her lap. She's eying me in a way that makes me self-conscious. Like I'm the bad guy.

Probably because I am the bad guy.

There was a fantastic uniqueness to this story that was extremely interesting and held my attention from start to finish.

I’ve read a few books about the Jinn/Genie myth, but nothing like this. I loved that it was told from the male POV.  I was enthralled by Dimitri’s life as a genie and the master he served, but this was no Disney version, with a blue, stand-up comedian genie. Dimitri’s master was demanding and sinister, with the luck of having a henchman to do all his dirty work for him, he held nothing back. Unfortunately, Dimitri had no choice in the matter and dare he defy orders or try to grow a conscience.

This was a thrilling story of the lengths Dimitri had to go through to keep his humanity, while living out his master’s wishes. He was at odds with himself on more than one occasion, but his blood bond with his master was always there to remind him of the legacy he was so unfortunately born into.

There was some light in his life in the form of Syd, although their relationship was quite strange. I knew there had to be some connection between Syd and everything that was going on with Dimitri, but I really just thought that the closer he got to her – the more he felt for her, the more danger it forced upon them. I never imagined the connection was so much more personal and that she’d be so involved in everything.

There was something very sweet and romantic about the moment the truth was revealed and Dimitri realized he was bound to Syd in a whole different way, but that she’s willing to set him free. It just spoke of the love that had blossomed between them.

This book was filled with passion, heart ache, and some extremely shocking scenes (ahem, Silvia and the kittens – read the book and you’ll understand what I mean). This story was thoroughly entertaining, with many twists and turns. An exciting read. 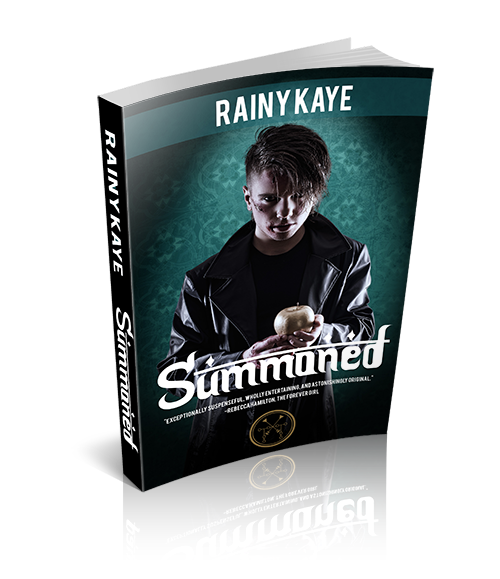 International. Win up to $100 in Amazon gift cards.

Rainy Kaye is an aspiring overlord. In the mean time, she blogs at RainyoftheDark.com and writes paranormal novels from her lair somewhere in Phoenix, Arizona. When not plotting world domination, she enjoys getting lost around the globe, studying music so she can sing along with symphonic metal bands, and becoming distracted by Twitter (@rainyofthedark).

She is represented by Rossano Trentin of TZLA.