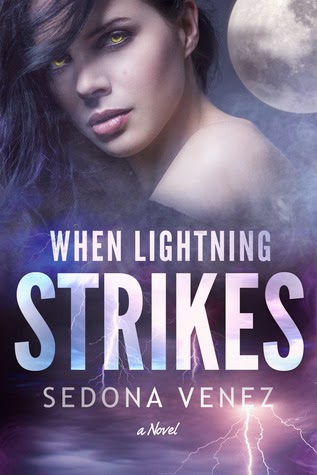 Genre: Paranormal Romance - due to graphic language and sexual content this book is recommended for readers 18+.

The steamy sequel to BREAKING THE STORM by Sedona Venez.

He’s flawed like a MF, but I want him.

Ryker Alfero
Wolf-Shifter. Tattooed. Dangerous. Off-limits. Everything I crave — and everything I shouldn’t want.

“I would love to see what else your dirty little mouth can do.” With those little words, my body shivered as a surge of energy zipped into my body, unlocking something I didn’t understand. My brain started functioning with a clarity I hadn’t experienced in years. No warring emotions, just calmness.

This shouldn’t be happening, especially not with him. God. This was going to be a rough damn ride.

“I’ll do my best to break you in slowly, submissive,” he hissed, his voice dripping with raw sex.

“When I get you under me, it’s going to be slow, hard, and memorable.” ~ Ryker


I have other plans.

“Go find yourself a woman stupid enough to settle for less than you're willing to give. Whose heart you can break without giving a sh*t. This woman is off limits.” ~ Lightning

Excerpt
My body shivered with unease as I scooted back into my chair. My unease heightened when my body instantly went on high alert like a cornered animal. I watched with narrowed eyes as the door slammed open. Storm and Knox burst in, followed by four men. My unease increased tenfold when my eyes were drawn to the only man on Earth who simultaneously made my sex clench with lust and stomach roll with hatred—Ryker Alfero.
Why in the hell was he here?
His sea-green eyes darted to the empty bottle of tequila sitting in front of me. He snorted with distaste. “Oh, there she is, my beautiful drunk.” He held up two fingers. “How many fingers am I holding up?” he asked mockingly.
I gave him the middle finger. “One—now fuck off!”
Today, I refused to let him ruffle my feathers like he did at his gala the other night. This is Business Light, hyper-composed Light, fashionable, elegant, in-charge Light. Today, I deliberately chose to dress the part by wearing my best designer handiwork, a dainty grey petal-collar blouse, five-inch black studded heels, and black pants.
“Baby, your dirty little mouth is making me hot,” he growled.
He sauntered toward me with fire in his eyes. I refused to get up. His eyes locked on me, as he trapped me against the chair with his beefy arms.
His lips grazed the shell of my ear when he grumbled, “I would love to see what else your dirty little mouth can do.” With those few words, my body shivered as a surge of energy zipped into my body, unlocking something I didn’t understand. My brain started functioning with a clarity I hadn’t experienced in years. No warring emotions, just calmness.
Good God! This shouldn’t be happening, especially not with him.

WHEN LIGHTNING STRIKES - PLAYLIST
I love listening to music while writing. It helps me set the mood and tone for each scene. The songs listed below are my top ten tracks that I played on a constant loop while writing When Lightning Strikes. Follow Sedona Venez on Spotify.com to find the full When Lightning Strikes playlist.
Animals – Martin Garrix
Burn – Ellie Goulding
Dark Horse – Katy Perry
Neon Lights – Demi Lovato
Do I Wanna Know? – Arctic Monkeys
The Worst – Jhene Aiko
Adore You – Miley Cyrus
Unconditionally – Katy Perry
Survival – Eminem
Not a Bad Thing – Justin Timberlake

Sedona Venez is the author of the New Adult Credence Curse series, and the New Adult Valkyries: Soaring Raven series. She is a NYC girl (go Brooklyn!) with a slight obsession with her iPad, Pinterest, and television shows Pawn Stars and Face Off. Her love of music, tattoos, rockers, alpha men and wolf-shifters inspires her edgy paranormal romance novels. She also writes Middle Grade/Young Adult under her real name, T.L. Clarke. You can find out more about Sedona and her novels by visiting http://www.sedonavenez.com