...Some secrets are better left dead... 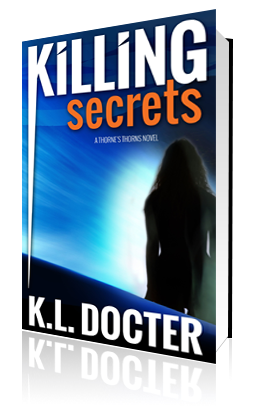 Some secrets are better left dead.

Rachel James’ ex-husband is released from prison determined to reclaim her and her little girl — the child is his key to controlling the James fortune. Frightened, Rachel flees to Denver with the child who hasn’t uttered a word since her daddy went to prison.

Contractor Patrick Thorne wants nothing to do with another of his parents’ charity cases. He failed his own wife so abysmally she took her own life as well as his unborn son’s. After two years, it’s time to concentrate on the bid he’s won and the saboteur trying to destroy his construction firm.

There is no room for trust in either of their hearts. But trust is all that will untangle the secrets that dominate their lives, free a little girl of her silent prison, and save them all from a serial killer who stands too close.

“I’ve only filed three police reports, but I’m sure I can lay half a dozen more attacks at this bugger’s door.” He ran his hand through his hair to corral his frustration. “What about fingerprints on the hammer? Have you identified anything in the clothes left behind?” Somehow, the single untouched wall with women’s clothing stapled all over it like some kind of macabre trophy wall was more disturbing than the vicious holes his saboteur left everywhere else.

“It’s one of your own hammers kept in a tool box with a broken lock. Anybody could have handled it. I’ll be surprised if they find a viable print, although the clothes might reveal something.” Jack heaved a long suffering sigh. “We’ve barely had time to catalogue the evidence since you called us this morning. We’re not exactly sitting on our thumbs, no matter what you think.”“What I think is it’s becoming more and more difficult to keep my problems under wraps.”

“Well, you wouldn’t know it after reading that sweet, full-page feature the Denver Post ran on you yesterday.” Jack picked up the newspaper section sitting on the corner of Patrick’s desk and read the headline aloud, “‘No Thorns in Thorne Enterprise’s Rosy Future’. According to this you’re ‘a new contractor barely in his thirties with a Midas touch who’s made it to the major leagues with the multi-million dollar, upscale Villas at Three Oaks Ranch’. You must have really schmoozed that reporter, bro.”

“The headline would have read something radically different,” Patrick replied sourly, “if she’d dug a little deeper and uncovered the truth.”

Angry again at the thought of what he stood to lose, he reached across the desk, snatched the newspaper out of Jack’s hand, and threw it into a wire basket for his office manager, Jane Brown, to file. “You know what I’ve been dealing with these last few months,” he said. “Vandals tag building sites. Supplies go missing. Equipment breaks down.

“But this is different, Jack. You saw those walls at Southgate. This isn’t kids on a lark, pissing out territorial boundaries.”

“I agree. But as my captain pointed out, I’m a little close to the situation and I’m not on the case.”

Patrick barked a harsh laugh. “What does this guy have to do before the department takes this seriously? Leave a dead body?”

“It might take just that,” Jack retorted. “Right now we’re up to our armpits in what’s rolled downhill from the mayor’s office after the kidnapping of that councilman’s daughter last week.”

If it weren’t for the radios blasting all day on his sites Patrick wouldn’t keep up with local events but even he’d heard about the coed who’d disappeared while he was in Cheyenne. “She’s been gone, what, four days? Do you have any leads?”

“We don’t even have a ransom note. After a co-worker dropped her off at her apartment complex, it’s like the girl disappeared into thin air.”

Patrick saw Jack’s jaw tighten, a sign of the increasing stress he’d been under in recent months. “You think she’s a victim of the Angel Killer, don’t you?”

The local news media had dubbed the serial killer with the name because of the angel tattoo he’d burned into each of the girls he brutally killed. He remembered Jack’s fury, as one of the detectives on the task force, over the leak of that critical piece of information.

This book was an exciting mix of romance and thrilling suspense. I loved every second of it – as the twisted web of lies and deceit slowly unravelled; page for page, chapter for chapter.

There were so many secrets and half-truths within the pages of this book, and each character was so amazingly defined, with a multitude of layers that were just waiting to be peeled away. From Rachel’s life on the run from her crazy ex, to the devastating lies she’d been led to believe regarding the child she protected with her life. And then there was Patrick, still getting over the guilt and anguish of losing his wife and unborn child, to the occurrences that threatened to destroy his business, as well as the tie in with serial killer.

Patrick was an amazing man. It was refreshing to crack open a book that had a genuinely good guy as the hero. He may have been a bit unsure at times, and his reluctance to get involved with Rachel made him act irrationally every now and then, but he was sweet, and caring, and just so wonderful that it melted my heart. The romance that grew between Patrick and Rachel was slow but passionate. Patrick was even amazing with Amanda – and who doesn’t love a man who can interact with children? Especially a child who was as withdrawn as Rachel’s sweet little girl. I loved Patrick the minute he stepped onto the pages of this book, but when he softened at the moments he engaged with Amanda I was done for; and it was obvious a connection grew between them, just as strong as the one that developed between him and Rachel.

This book was never boring, and I was riveted, on the edge of my seat, waiting to see what would happen next. Expect the unexpected because this book was not predictable in any way. There were times when I had to wonder if what was happening was the result of Greg’s obsession with Rachel and Amanda, or the work of the Angel Killer. This story was complex, and the many intertwining subplots kept it exciting throughout. 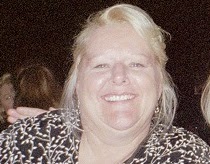 Karen's contemporaries are cute romantic comedies. She loves writing about real men and women with dreams and goals that don't allow for a relationship just so she can throw them in each other's path...with a tickle and a smile. Her romantic suspense novels (as K.L. Docter) are also filled with romance, although the dangers the hero and heroine face are intense, usually because a serial killer is bent on ending one or both of their lives before they can fall in love. These are psychological, woman-in-jeopardy stories.

Karen's an award winning author, a four-time Romance Writers of America® Golden Heart® finalist, and won the coveted Kiss of Death Romance Writers Daphne du Maurier Award Category (Series) Romantic Mystery Unpublished division. When she's not saving her characters from death and destruction or helping them fall in love, she loves camping and fishing with her family, reading, gardening & cooking.

If she can do most of those things over a campfire, all the better!

Find more about her at:

Other books by Karen Docter:
(press on the cover to go to goodreads)

This giveaway is international. There will be 6 winners.