Today we have the cover reveal for
Sara Jane Stone's Full Exposure.
I am so excited for this contemporary romance!!! 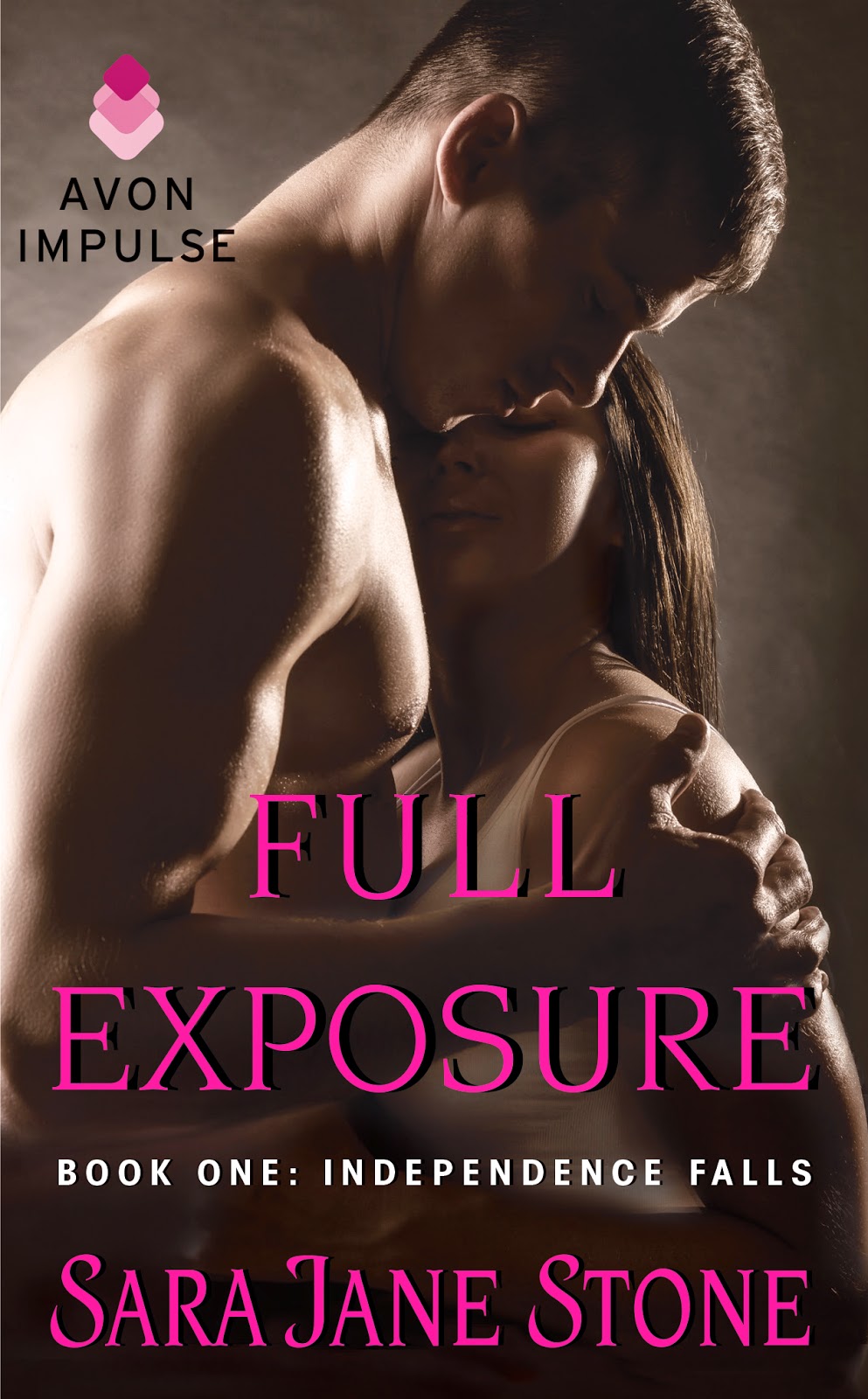 
After serving her country, Georgia Trulane craves adventure—and sex. She's set her sights on her brother's best friend—now her boss, since she took a temporary job as his nephew's live-in nanny. Only problem? Eric refuses to touch her. That doesn't stop Georgia from seducing him. But an earth-shattering encounter leaves her fully exposed, body and soul.


Eric has a long list of reasons to steer clear of the woman he has wanted for as long as he can remember. For one, he refuses to be her next thrill ride. When he claims her, it will be for good. But the attraction is undeniable, and the more they fight it, the stronger it pulls. But will it be enough to conquer their obstacles?


Georgia glanced back at the house.  With the kitchen light on, she could see Eric standing by the sink, looking out the window.  She had a long list of fantasies that started and ended with Eric.  She was dying to strip him out of his business suits and run her hands over the muscles built from years of working alongside his crews.  She wanted to taste him, exploring every inch of his body, and witness the expression on his piercing blue eyes when he lost himself in pleasure.

But did she have the guts to approach him?  To go to his room, his bed?  To push him to act on the desire written all over his face?

She wiggled her toes in the cold grass.  She was alive.  She could do anything.  She had to cling to that, remind herself over and over.  Otherwise it would feel as if her world had slipped away because she’d been too weak to hold on.

Her bare feet touched the dock and she broke into a run, knowing he was watching.  At the end of the wooden planks, she dove into the water.  The cold shocked her senses.  Her lungs contracted and her limbs went numb.  But she didn’t fight it.  The water was like an ice-cold barrier against her memories.  The images of the men and women being blown to pieces, the feeling of her friend’s lifeless body in her arms as she tried to drag him to safety—it all froze in the pond’s cold depths.

Georgia swam deeper, pushing herself further, knowing she required air.  But part of her needed this more.  Finally, her lungs screaming, she kicked her way back to the top.

When she surfaced, her bikini bottom floated beside her.  She reached behind her head and pulled on the strings, freeing her breasts from the top.  Tossing both pieces onto the dock, she glanced back at the house.  Eric stood in the window watching her, his expression grim.  Georgia gave a little wave and dove back under.

The water felt good, but knowing she planned to go after what she wanted felt even better.  She swam deeper, faster.  He might turn her away.  Eric was steadfast and loyal.  His moral compass would probably balk at going to bed with his employee, never mind the fact that her brother was his best friend and the number two at his company.  Could desire override all of that?

She pushed back to the surface for another breath of air, clinging to the hope that the answer would be yes.  Either way, she’d find out tonight.


After several years on the other side of the publishing industry, Sara Jane Stone bid goodbye to her sales career to pursue her dream-writing romance novels. Sara Jane currently resides in Brooklyn, New York with her very supportive real-life hero, two lively young children, and a lazy Burmese cat. Join Sara Jane's newsletter to receive new release information, news about contests, giveaways, and more! To subscribe, visit www.sarajanestone.com and look for her newsletter entry form.


Sara is giving away some amazing swag for this cover reveal!!!