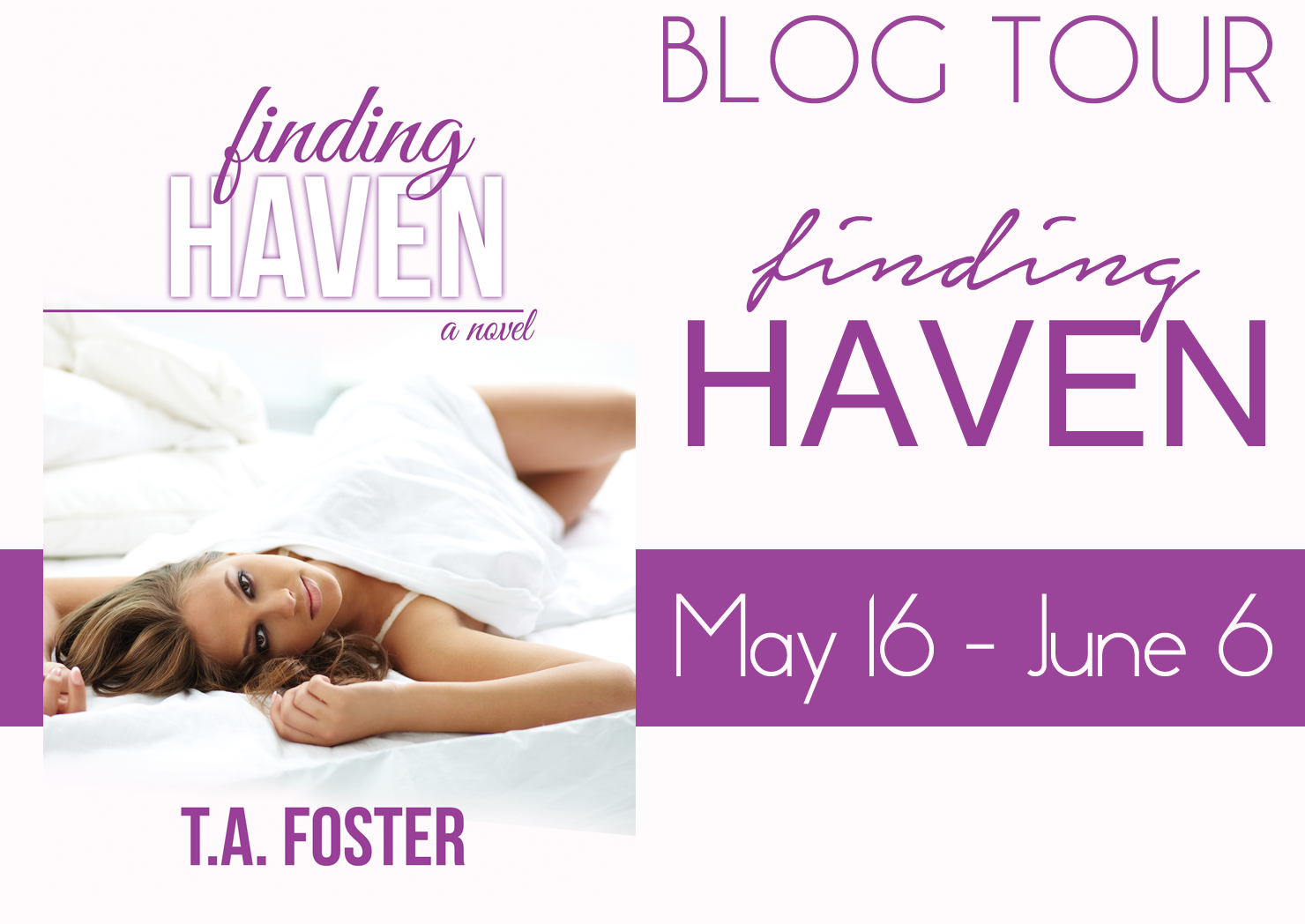 I'm so excited to be taking part in this wonderful tour for T.A. Foster's, Finding Haven!!
I even have the gorgeous new cover to share with you today :) 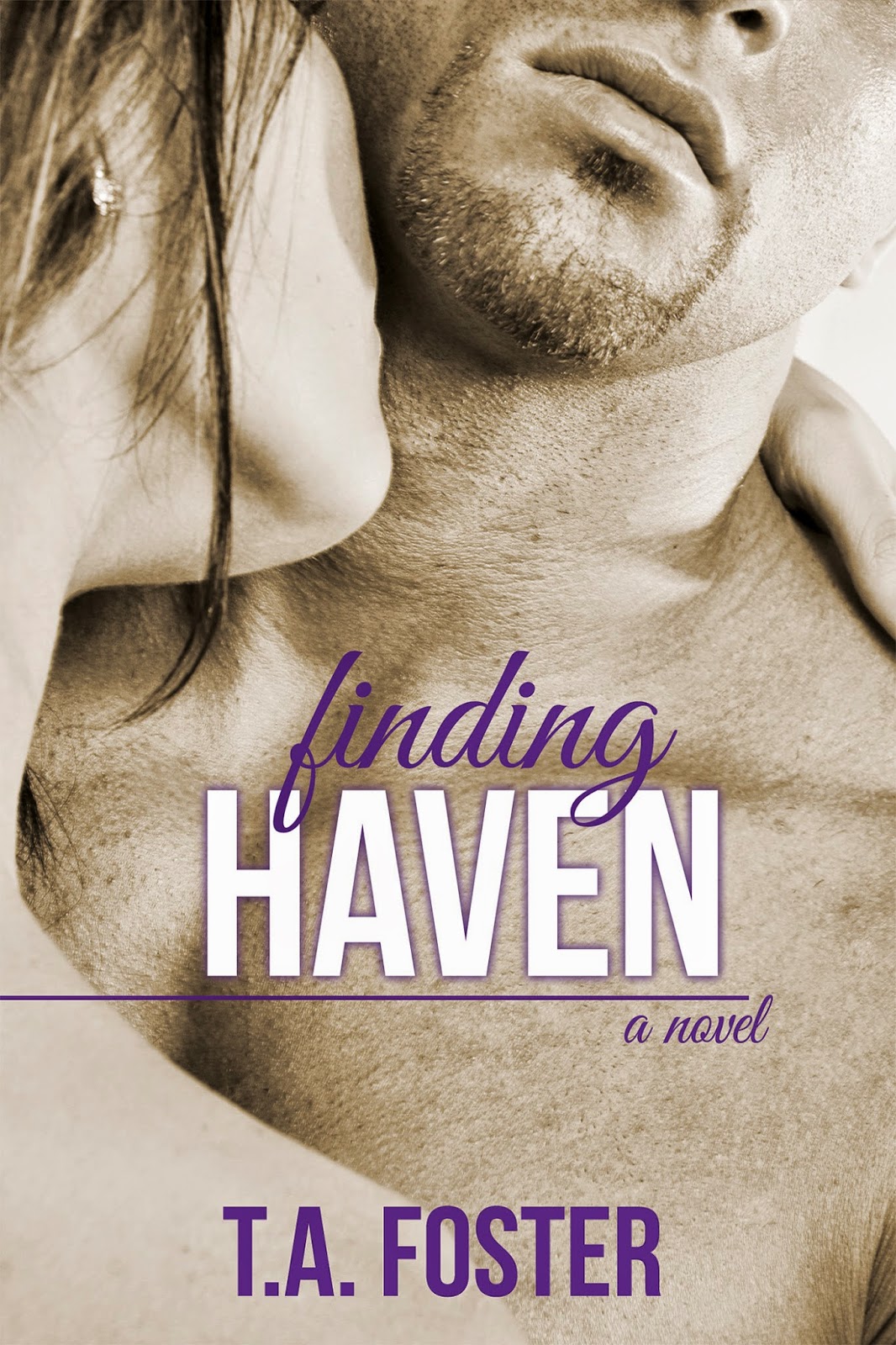 
He has all but one.

When movie star, Evan Carlson, discovers his girlfriend’s picture with another man splashed on the cover of gossip magazines, he decides he’s had enough of his fishbowl life and attempts to outrun the media frenzy his relationships have become. Driving until the road stops, he ends up on the remote and quaint Perry Island, where a heartthrob can blend in like the locals and be a beach bum as long as he wants. All that changes when Evan meets Haven Owen, aspiring songwriter and the girl he just can’t get enough of. A summer romance turns into something much deeper and Evan gets tangled in his own web of lies to keep Haven in his life. But when his ex tracks him down, Evan learns there are some things you just can’t outrun.

Is the cost of love, losing all control?

Buy Links:
Amazon Link: http://amzn.to/1nOfmD5
B&N Link:  http://bit.ly/1g5KwFV
Smashworks: http://bit.ly/1sO0Q0d
iTunes:  http://bit.ly/1jtFlKJ
REVIEW
Evan and Haven were such a fun and sweet couple, and I loved getting to know them as their story unfolded.
I will admit, though, that certain events in this story were quite predictable, but I did enjoy going through the motions as Evan and Haven fell in love, as trouble reared its head and hearts were broken, and finally, as these two amazing people found their way back to each other.
For the most part this book was fun and exciting. Evan and Haven’s relationship wasn’t too complex, until the truth was revealed, and they were pretty easy going and carefree. Even though Evan wasn’t completely honest with Haven, I believe that she got to know the real him, and he was able to open up so much more because there wasn’t all the fame and fortune to cause turmoil. The sexual chemistry wasn’t smoking hot but it was there, and I enjoyed the way Haven turned Evan’s dominant side around on him when they were on the ferry toward the end of the book. It showed a playful side to their relationship which was great.
All in all this was a wonderful read, with a few fun and quirky characters, who entertained from throughout.

Win a $20 Fandango Gift Card, a $10 Amazon Gift Card, and a SIGNED copy of KISSING EDEN (US Only)
a Rafflecopter giveaway

T.A. Foster once spent a monthlong spring break on South Padre Island, where she soaked in the Texas sun, beach, and learned what real Texas country music is. Sometimes fiction does spring from reality. She grew up catching rays and chasing waves along the North Carolina Outer Banks and now resides in the state with her adventurous pilot husband, two children, and two canine kiddos. T.A. has an undergraduate degree in Journalism and Mass Communication from the University of North Carolina at Chapel Hill and a graduate degree in Educational Psychology from Texas A&M University. When she’s not chasing her two-legged and four-legged children or trying to escape for date night, you can find her reading, writing, or planning her next beach trip.