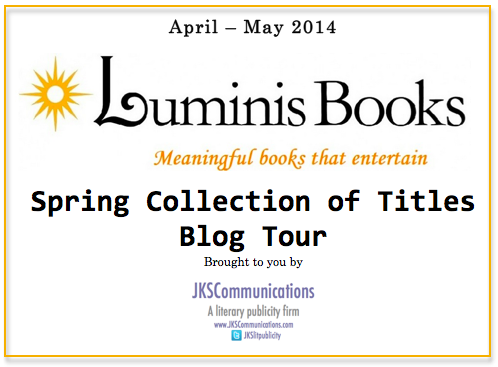 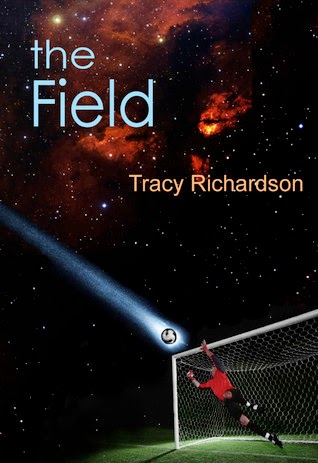 Eric Horton has been having disturbing nightmares of explosions and fire and someone screaming. The dreams keep him up at night, but during the day, as a goalkeeper on his high school’s varsity soccer team, he has been unbeatable, saving shot after shot with what feels like a supernatural awareness of where the ball is headed. He also shares an uncommonly strong connection with Renee, the attractive new French exchange student. The wild visions and synchronicities pale in comparison to the strange experiments Renee’s father is carrying out in the physics lab at the university, however. He has asked Eric to take part in the tests, which makes Eric question whether what he is seeing and hearing is reality or something far beyond it. When his friend Will develops a drinking problem and Renee starts flirting with other guys, Eric loses his confidence on the soccer field and in himself. If he is going to pull it all together, he will have to tap into a part of himself that he never knew existed.

Kirkus Reviews: “Readers will appreciate the fast-paced, compelling drama. A good choice for people who hope there’s more to space than space.”

THE FIELD
by Tracy Richardson
​
Fans of Firestorm - The Caretaker Trilogy by David Klass will love THE FIELD!

Eric Horton has been having visions - terrible dreams that wake him up at night - of explosions and fire and someone screaming. On the soccer field, he's been in the 'zone', saving shot after shot as one of the starting keepers for his high school varsity team with what feels like supernatural awareness of where the ball is going to go next. And the connection he feels with Renee, the hot new student from France, seems almost like he's known her forever. Still all these wild visions and synchronicities are nothing compared to the strange experiments Renee's dad is cooking up in the physics lab at the University. He's asked Eric to take part in  these tests,  and that  makes  Eric question  whether  what he's  seeing and  hearing is  reality,  or
something far beyond it.

When his best friend Will starts drinking way too much and Renee has eyes for other guys, Eric loses the edge he's always had in the goal, and confidence in himself. If he's going to pull it together, Eric must tap into a part of himself that he never knew existed, and that might just be the part that connects us all.

"The Field plunges the reader into the realistic world of high school soccer and the mystical world of the Universal Energy Field—an intriguing combination."
–Judith L. Roth, author of Serendipity and Me

Tracy Richardson lives in Indiana with her family and their Jack Russell terrier, Ernie. When her children started reading, she rediscovered her childhood favorites and began developing stories of her own. Images from growing up on Lake Michigan feature prominently in her novels, and sometimes bits and pieces of actual people and events—with the names changed to protect the innocent! THE FIELD is her second novel and features one of the characters from her previous YA novel, Indian Summer. Connect with Tracy through her blog: http://tracyrichardson.wordpress.com

Luminis Books was launched in October 2008 with a mission to publish meaningful literary fiction for children and adults. As an independent publisher, Luminis has the opportunity to champion excellence in literary fiction from new authors who might not get the attention of the larger houses. Learn more about Luminis Books at www.luminisbooks.com.

Tracy Richardson wasn’t always a writer. She has a degree Biology and has worked in a hospital microbiology laboratory, for a health insurance company and as a financial advisor. But when her children started reading and she rediscovered all the books she loved as a child,  she found herself developing stories of her own and began writing novels for children. Images from her childhood growing up on Lake Michigan and the landscape of feature prominently in her novels, and sometimes bits and pieces of actual people and events – much to her childrens’ delight and sometimes dismay!    She lives in the suburbs of with her husband and two children and their Jack Russell terrier, Ernie.
Tracy Richardson wasn’t always a writer, but she was always a reader. Her favorite book growing up was A Wrinkle in Time by Madeleine L’Engle. In a weird way that book even shaped her life through odd synchronicities. She has a degree in Biology like Mrs. Murry and without realizing it she named her children Alex and Katie after Meg’s parents! Tracy uses her science background in her writing through her emphasis on environment issues and metaphysics. When she’s not writing you’ll find her doing any number of creative activities – painting furniture, knitting sweaters or cooking up something in the kitchen for her vegetarian, carnivore and no-carb family.  She lives outside of Indianapolis with her husband and two children and their Jack Russell terrier, Ernie.

To find out more about Luminis Books and their titles go to:

Check out the full Virtual Tour for Luminis Books 2014 Titles, go to http://www.jkscommunications.com/virtual-tour-luminis-books-2014-titles/