How far is one willing to go for love? Before finding a love that shakes the entire foundation of his world, Jaxen Gramm only had his Witch, Jezibelle Beaumont, to worry about. He’s her Hunter, and he will do whatever it takes to keep her safe from the curse placed on his bloodline, even if it means keeping her far from his heart. But when a spell is offered that has the power to remove the curse, temptation clouds the ethical judgment of the Gramm brothers and their Witches. In this action-packed novella, enter the dark recesses of Jaxen’s mind as he battles with himself over a decision that could not only cost him his life, but the life of fellow Coven members. Reunite with Gavin, Cassie, Mack, and Jezi as they dance around the dangers of a civil war on the brink of beginning. 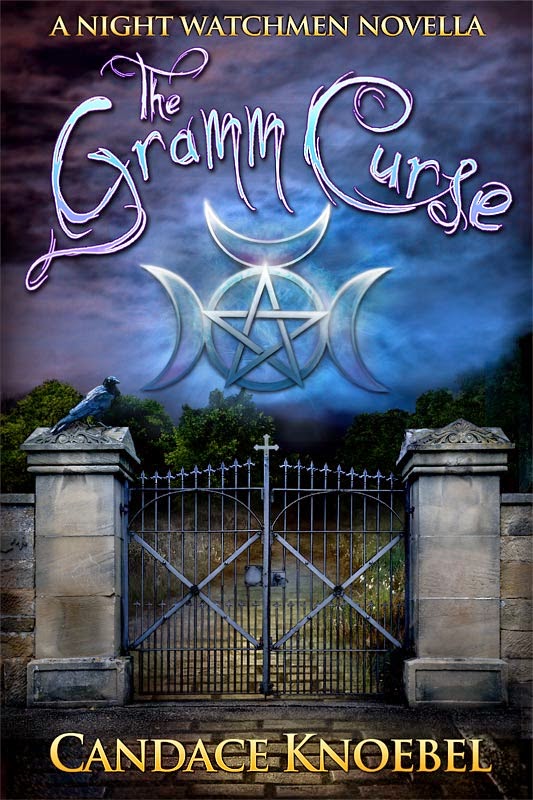 My father once told me that loving someone is the easiest part of our job as a Primeval. He was wrong. They were, at one time, wise words coming from a wise man, but that was before I found out that loving someone would destroy them. Before I realized that opening my heart was lethal. As sure as the sun rises each day, this is my reality...my curse...and there’s no escaping it. I know this because it has destroyed my family, and as much as I’d like to believe I’m wrong, there’s not a single thing I can do to fix it. That was made painfully clear when my dad became another victim of the Gramm curse. So screw feeling. The leaves ruffle above the tree I stand under, shielding me in scattered shadows. It’s windy as shit, and I really don’t feel like standing around waiting in the freezing-ass cold for the next hunt. Waiting only leads to thinking, and thinking always leads to the past, and I’m tired of thinking about the shit I can’t change; about time ticking away the brittle minutes of what little life I have left. Jezi pulls up to the curb and gets out of her small, beat-up car. My chest tightens at the sight of her. Years upon years I’ve spent building four steel walls around me, boxing me into a safe, small room with no outlet; no way for anyone to get in and get hurt. It’s the only way to protect myself, and to protect others from myself. It would take someone stronger than diamonds to cut through what I’ve constructed, someone stronger than me, and Jezi just doesn’t have that kind of strength. I push my shoulder harder into the tree I’m leaning against and welcome the sharp pain digging in my back. The pressure helps shift the gears in my head and reinforce the strength of my walls. I need to stay in the present. I’m not here to dwell on my problems. I have a job to do, and as long as there’s a breath in my body, I’ll keep fighting to protect humanity because at the end of the day, protecting others is the only thing I can devote myself to entirely without fear of killing them.

It's the only thing in my life I can safely love.

It seems that Candace Knoebel gets it right every time she writes! I have yet to come across a single flaw in any of her writing, and I am awed every time I pick up one her books, because she has this spellbinding way of drawing her readers in to the adventures she creates.

After reading Everlasting I was thrilled to hop into Jaxen's mind and read this book. I'm a huge Jax fan! In fact, I'm a huge Gramm brothers fan. Gavin and Jax will melt your heart. They did in Everlasting, but after reading this book I love them so much more. Gavin is fun, and seems to be the type of guy who's always smiling. Jax is the brooding type. He holds the weight of the world on his shoulders and is always trying to make everything better for everyone else because hopefully that will take away his problems. The interaction between these to was a beautiful thing to see, and there was no doubt how much they meant to each other. I still love how they settle things with rock-paper-scissors.

It was great to get more of a feel for Jezi in this story. I didn't like her all that much in Everlasting, but my heart broke for her more than once, and this book proved why. Unrequited love has to be one of the hardest things to deal with, but having a curse of death hang over it only makes it that much worse. She was determined in her need to have Jax love her, even knowing what it meant if he did. In fact, each character was so driven by the curse on the Gramm name, that they were desperate enough to take the word of a demon, if only it meant there was a way to lift it. But, who can trust a demon, right?? I certainly wanted to, for everyone's sake, and my heart was in my throat waiting to see if they'd finally be free.

At least, no matter what happened with the spell to break the curse, Jax was finally set free. So was Jezi. Because he was finally able to open up to her completely and admit how he truly felt. It was a bitter sweet moment that changed everything for them. It was also a dark moment that saw all of them, Gavin and Cassie as well, with blood on their hands and nothing to show for it. It shattered my heart because I wanted so much for them.

This book was a thrilling, action-packed read, with plenty of heart ache. It was a great set up for Everlasting, and it explained so much of what was hiding behind those gorgeous eyes of Jaxen Gramm. I loved every second of it!!

Candace Knoebel is the award-winning author of Born in Flames-book one in a young adult fantasy trilogy. She discovered in 2009 through lunch breaks and late nights after putting her kids to bed, a world where she could escape the ever-pressing days of an eight to five Purgatory. And an outlet for all the voices residing in her head. Published by 48fourteen in 2012, Born in Flames went on to win Turning the Pages Book of the Year award in February of 2013. In January of 2014, the last book in the trilogy, From the Embers, was released, thusly completing the trilogy. She now works on the Night Watchmen Series, while guzzling Red Bulls and pretending to be a ninja on Heelys.