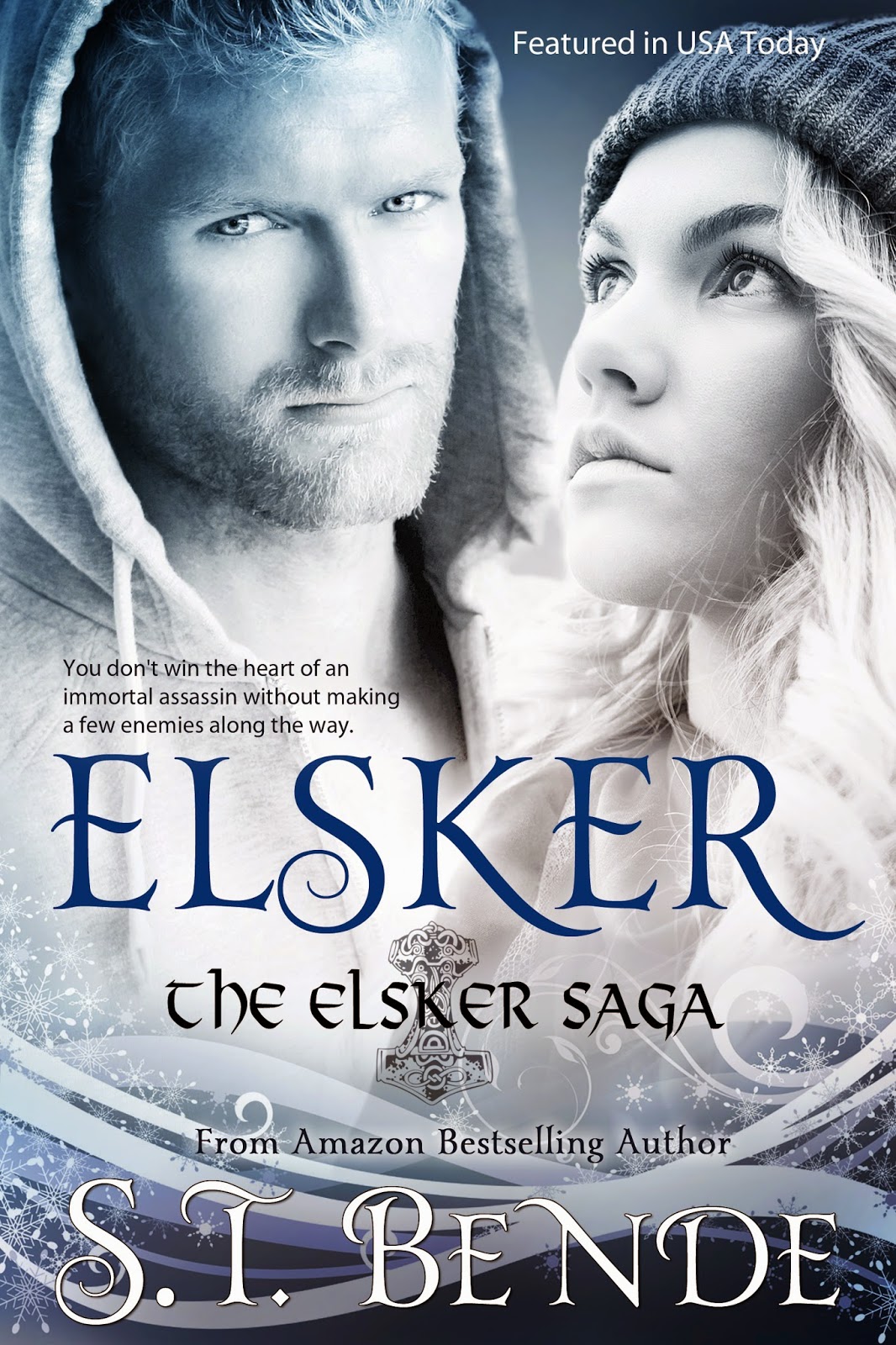 You don't win the heart of an immortal assassin without making a few enemies along the way. Kristia Tostenson prefers Earl Grey to Grey Goose and book clubs to nightclubs, but when she transfers from her one-stoplight town to Cardiff University in Wales she falls in love with Ull Myhr. Her new boyfriend isn't exactly what she was expecting. He's an honest to goodness Norse God - an immortal assassin fated to die at Ragnarok, the battle destined to destroy Asgard and Earth. Kristia's crazy visions are the only thing that can save their realms.

I had the pleasure of reading Tur before Elsker, and I recommend you do too. It's free, so why not grab a copy?? ;) Although you don't have to necessarily read Tur first, I just think it is a great set up for the love story that unfolds in Elsker.

I was really excited to get to know Ull more, and if Inga's thoughts in Tur, on his reaction to knowing Kristia would step into his life any minute were anything to go by, I had no doubt this was going to be one fantastic, romantic story.

It was adventurous, fun, and I loved the mythology that went with it. All I know of Asgard is everything I've learned while drooling over Chris Hemsworth, and I enjoyed getting to know the other gods and goddesses. For me, this story was a wonderful and refreshing read because it took on the Norse mythology in a fun way, that stuck to everything I love about this genre but was also different and exciting.

I cannot wait to read the next book in this series to see where Bende will lead her characters. 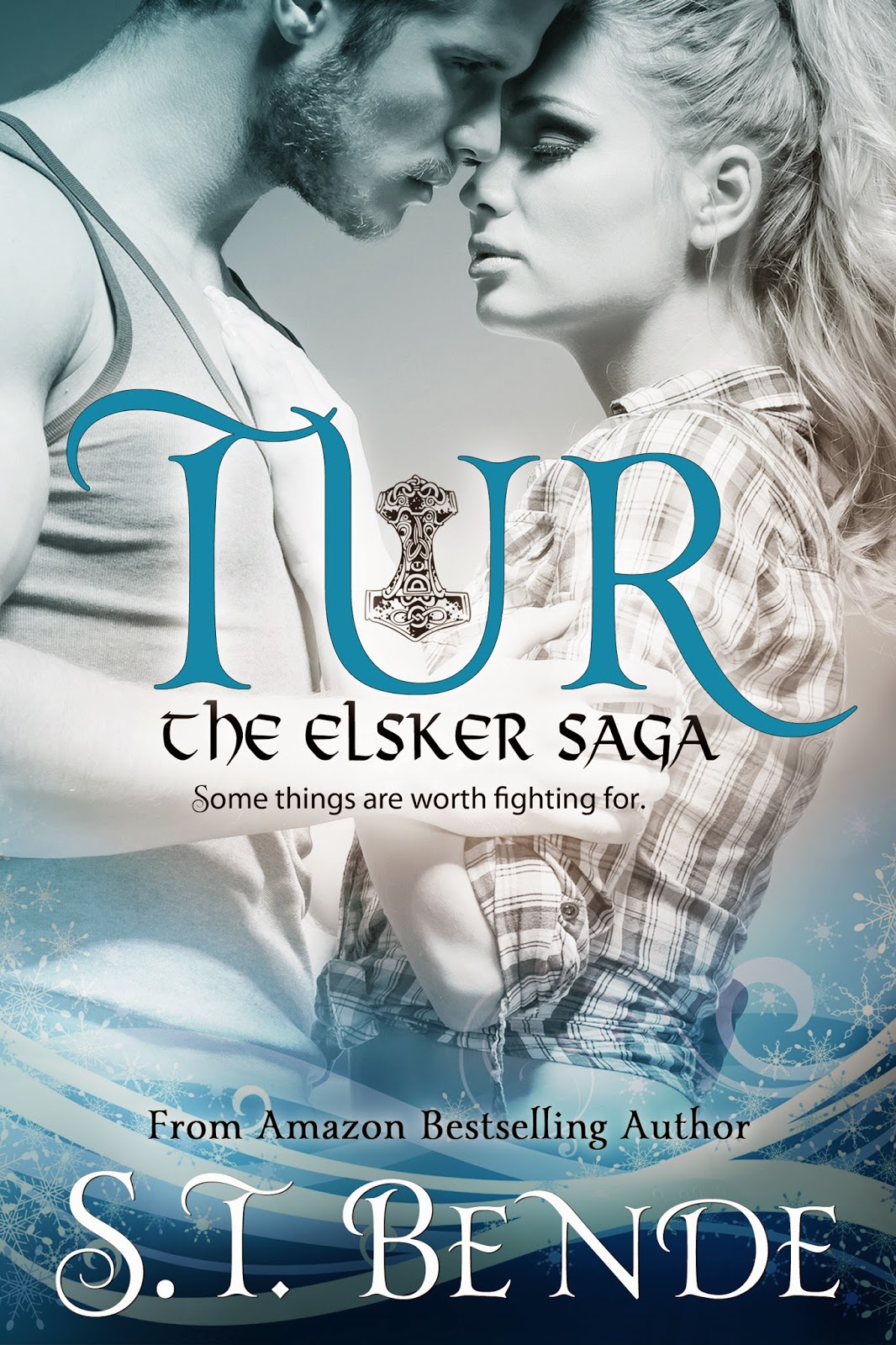 Inga Andersson is the envy of every girl in Asgard. On the surface she has it all -- great friends, a job as Odin’s personal fight choreographer, and a happy ever after with her realm’s hottest assassin. But when evil invades Asgard, her perfect world comes crashing down. Someone is planning to kill off the gods, and Inga’s best friend Ull is first on their list. With the Norse apocalypse a nanosecond away, Inga has to decide how she’ll spend her final moments of freedom. Because from the moment this battle begins, Inga’s happily ever after will be nothing more than a memory.
Some things are worth fighting for.

This was a great set up to Elsker and I liked that it was more Inga's story because it gave me a chance to get to know some of the secondary characters in the main story. It also gave me a chance to see the relationship between Inga, Gunnar and Ull, and their time on Asgard as warriors. Inga kicked ass and I could understand why she was so frustrated by Orin. Even after proving just how fierce she was he wasn't willing to  give her what she wanted.


This story also gave me a sense of how lonely Ull was and why it was so important for them to travel to Earth to meet Kristia. My heart mealted when Inga thought back to the moment Ull saw Kristia's file, and I was super excited to dive right into their love story. 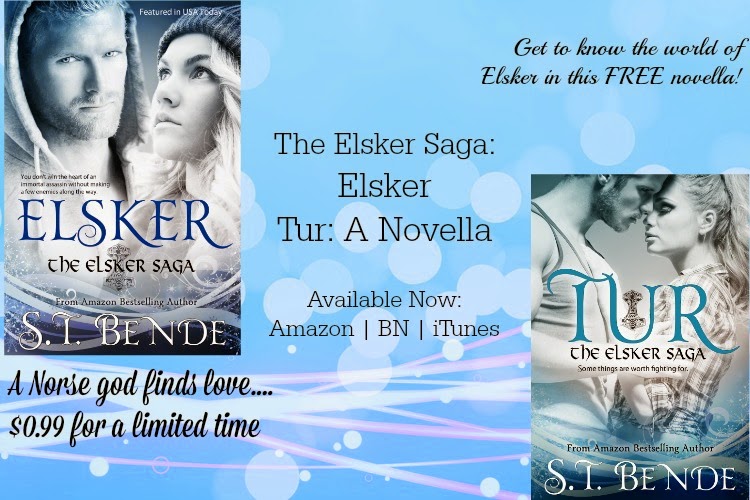 AMAZON / BARNES AND NOBLE / KOBO
ABOUT THE AUTHOR 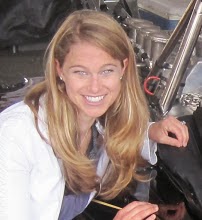 Before finding domestic bliss in suburbia, ST Bende lived in Manhattan Beach (became overly fond of Peet’s Coffee) and Europe… where she became overly fond of the musical Cats. Her love of Scandinavian culture and a very patient Norwegian teacher inspired the ELSKER series. She hopes her characters make you smile and that one day pastries will be considered a health food.