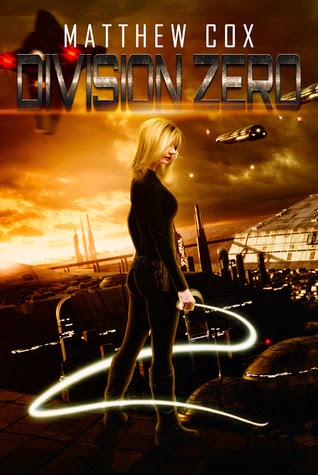 Most cops get to deal with living criminals, but Agent Kirsten Wren is not most cops.

A gifted psionic with a troubled past, Kirsten possesses a rare combination of abilities that give her a powerful weapon against spirits. In 2418, rampant violence and corporate warfare have left no shortage of angry wraiths in West City. Most exist as little more than fleeting shadows and eerie whispers in the darkness.

Kirsten is shunned by a society that does not understand psionics, feared by those who know what she can do, and alone in a city of millions. Every so often, when a wraith gathers enough strength to become a threat to the living, these same people rely on her to stop it.

Unexplained killings by human-like androids known as dolls leave the Division One police baffled, causing them to punt the case to Division Zero. Kirsten, along with her partner Dorian, wind up in the crosshairs of corporate assassins as they attempt to find out who – or what – is behind the random murders before more people die.

She tries to hold on to the belief that no one is beyond redemption as she pursues a killer desperate to claim at least one more innocent soul – that might just be hers.

Amazon ** B&N ** Kobo
REVIEW
WOW!! What a rush! This book was so freaking exciting.
Once I got used to the Sci-Fi jargon, this book grabbed hold of me and didn't let go until the very end. It played out in my head like a movie with amazing descriptions and electrifying characters. I was sent on a thrilling ride along with Kirsten each time she had to face another evil spirit, and the action never ended. I loved getting to know the world she lived in and the many abilities of Division 0.
But this book wasn't only action and adventure with plenty of ass-kicking. Kirsten's demons were deeply rooted and she had to face them day after day. Cox slowly revealed just how deep her scars were, and as the story developed I was given more of an inside look at the horror she had faced growing up, until the moment she was able to face it once and for all. My heart went out to her, but it made her the strong character she was - although kinda lacking confidence - and she has to be one of my favorite characters EVER!
This book was an exhilarating Sci-fi Fantasy full of mayhem. Think Ghost Whisper + R.I.P.D. Get ready for a crazy ride into the paranormal.


a Rafflecopter giveaway
ABOUT THE AUTHOR 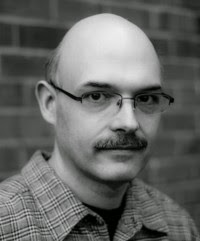 Born in a little town known as South Amboy NJ in 1973, Matthew has been creating science fiction and fantasy worlds for most of his reasoning life. Somewhere between fifteen to eighteen of them spent developing the world in which Division Zero, Virtual Immortality, and The Awakened Series take place. He has several other projects in the works as well as a collaborative science fiction endeavor with author Tony Healey.

Hobbies and Interests:
Matthew is an avid gamer, a recovered WoW addict, Gamemaster for two custom systems (Chronicles of Eldrinaath [Fantasy] and Divergent Fates [Sci Fi], and a fan of anime, British humour (<- deliberate), and intellectual science fiction that questions the nature of reality, life, and what happens after it.

He is also fond of cats.

Awards: Prophet of the Badlands (excerpt) – Honorable Mention – Writers of the Future