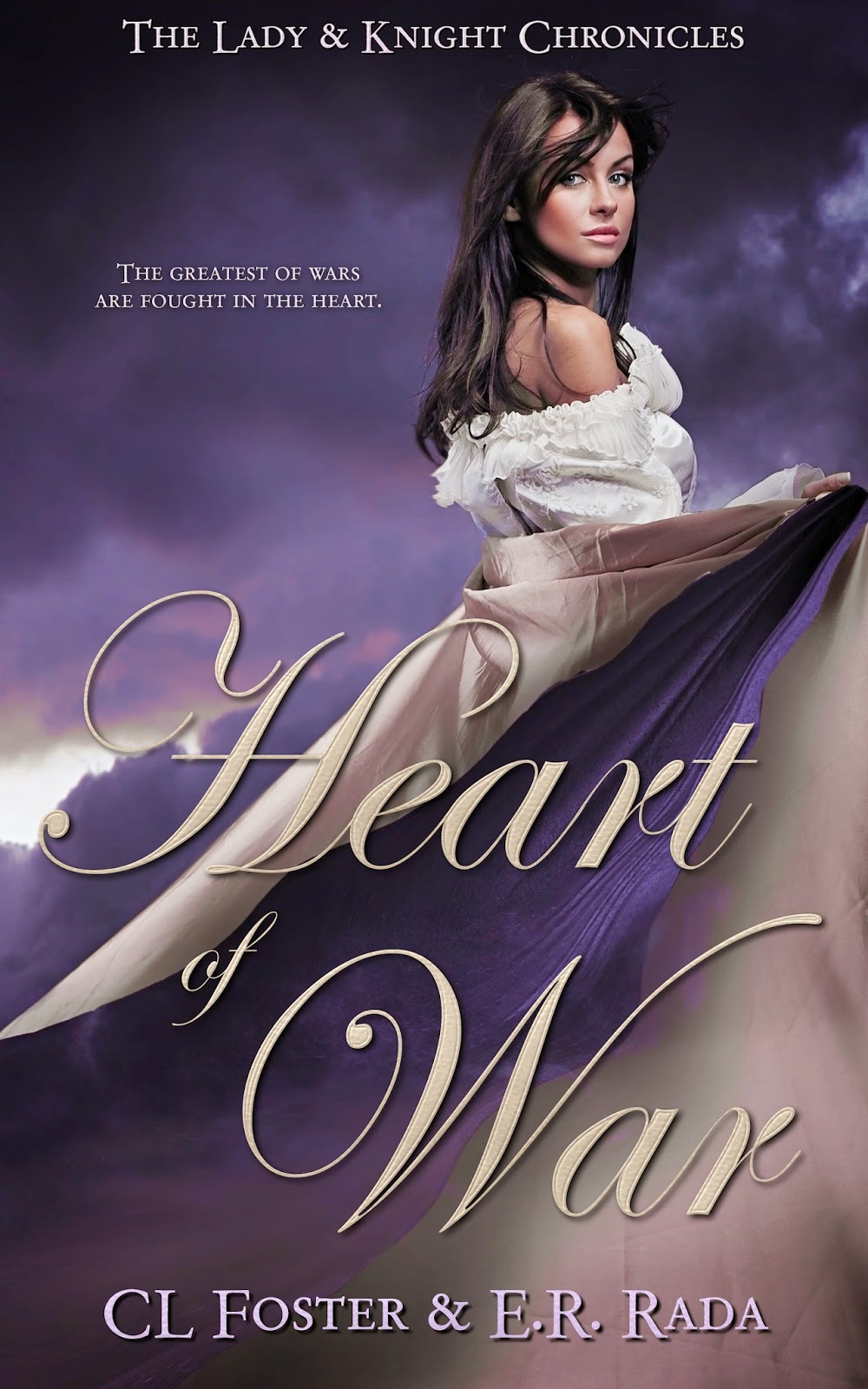 The Hundred Years War rages around Adalira Mortimer's life and country, but she is not what is expected of a Lady; instead of dresses and tea, she dreams about weapons and war.

Bastian Kyros is not typical royalty. Being a warrior is in his blood, not paperwork and peace-keeping.

Their chance meeting at the party of the season may offer them both the chance to find what they desire. Brought together by their longing for battle, their greatest fight may be in winning over their families and conquering their own pride.

A lull in battle does not mean there is peace. The greatest of wars are fought in the heart.

"Hello, beautiful Adalira," she heard softly from behind her. The voice husked itself across the back of her neck sending chills down her spine.


She spun around and shoved the masked man standing behind her. "I beg your pardon, sir, but you are far too close to my person."
"Not nearly as close as I'd like to be," he responded in the same hushed, husky tone while taking a step closer to her to compensate for the shove. "You definitely do not hit like a woman. I love that about you."
Beneath his royal blue and gold ribbon embellished mask, she saw a familiar smirk. "I don't speak with men I don't know in dark corners of fancy parties. So if you will excuse me -"
"Very well, then speak to me in the center of a very well-lit dance floor," he said as he took her hand and dragged her toward the other dancers. His perfectly tailored royal tunic and gold pants matched his mask beautifully and made his body look as if it were carved from a marble slab.
She pulled her hand away from his and stepped back toward the column. "Normally, I would agree, since you asked so nicely, but I've come down with a terrible headache just this instant." Her sarcasm and tone were unmistakable.
He stepped closer to her than before. If she looked up even a fraction of an inch, his lips would meet hers. "Do you not know how to dance or are you just scared to dance with me?"
"Sir, I don't even know you and have no interest in dancing with you." She turned her head to ignore his blatant challenge.
He clutched his chest softly as he took a small step back. "You wound me, miss. And I was thinking that you would accept any challenge after how you fought the other day." He tilted the mask down slightly so she could see his face. "Or are you afraid of me outside the training field?"
"Ezra?" She stepped forward and punched him in the shoulder. "I thought you were a man."
His chuckle filled the corner they hid in. "I am a man, miss. I can show you if you like." The lecherous glimmer in his eyes warned her not to accept his very real offer.
"No, I meant, I thought you were some stranger attempting to woo the Prince's daughter." She flipped her hand indifferently at the mass of people flitting around the room.
"Ah, yes. Well, I am a stranger for now and I am trying to woo the Prince's daughter, so you weren't wrong." His smile was broad and beautiful.
She rolled her eyes at him. "You have been properly warned by my father."
"I've still not unsheathed anything in your presence, miss. He has no need to worry… yet. Also, I was simply asking you to dance. Unless you have other activities we can accomplish in this dark corner? In that case, I am happy to keep you company."
"Oh dear, wipe that silly grin off of your face. I have no activities I am interested in doing with you at this, or any other, time."
"I can get you out of that very incredible dress and toss you a sword. Would that make you feel better?"
"Yes. Well, no. Not now." She sputtered through her answers. A fight was preferable, if she had a choice, but she promised her parents that she would be social at the party. "Fine. I will dance with you once so that my parents see me being social. Keep your hands to yourself. Don't make me injure you."
"I wouldn't dream of it, miss." He bowed slightly to her and took her hand to lead her to the dance floor properly this time.


Our main heroine is Adalira Mortimer who is the illegitimate daughter of Edward, the Prince of Wales’ with his unclaimed bride, Malinda. At 18, she knows she doesn’t want to just sit around and wait to take a husband and live a privileged life. She’s not like other girls and prefers weapons, battle, and hard word as opposed to dresses and holding herself to the same standards as all other women that she’s accustomed to. Earning her place and making her own mark on the world are her goals.

Adalira’s companion, Nyota, comes from an African tribe who was sold into slavery. After Adalira rescued her from her captors, she was made a free woman by the Mortimer family, but she chose to live with and work for the family out of love and respect. She is often Adalira’s sounding board for stress and sidekick for handling it as well.

Bastian Kyros is the son Duke Kyros of Winchester. At 24 years old, his family is starting to wonder if he will ever get married, settle down, and do what is right as the heir to his family’s throne. Business and running lands isn’t what entices him, battle does. He simply wants to be useful with his sword and mind and not be tied down.

Bastian’s right hand man, Iason, is a snarky, tawdry fellow who is both brave soldier and suave businessman. For a 24 year old man, he forgets that he has responsibilities ahead of him as well. He tends to keep Bastian from creating more problems than necessary for himself and is the peacekeeper of the family. Though not born of blood, they are brothers by choice.

Ryland’s “left hand man” is also like a brother. They fought many battles together and formed a solid bond. Ryland is the exact opposite of Iason in every way and tries to talk Bastian into following his heart instead of plotting the destruction of mankind. He’s the definitive angel to Iason’s devil side.


E.R. and I have a very eclectic balance of music in our repertoire. One moment we can be listening to Vivalid, the next Daft Punk, and then Alter Bridge. Truly, one could never guess what will come on next if we have things on random.

For this book, we each decided to go mostly with instrumental soundtracks with epic highs and lows so fuel our creative juices and, man, did it EVER work! We listened to mostly the Lord of the Rings soundtracks/scores, Lindsey Stirling songs, and a lot of Piano Guys. Music truly breathes life into my world and I want it to always do the same for my work. I certainly hope that shines through. 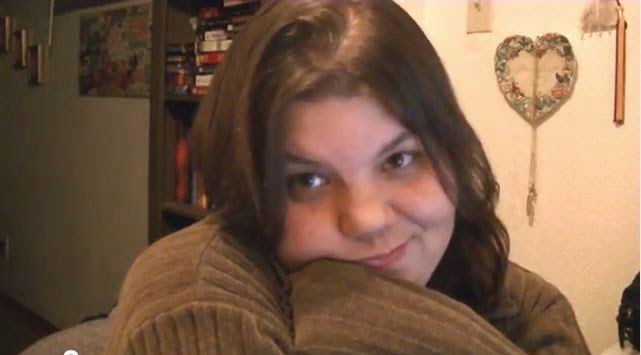 C.L. Foster
CL is eclectic, geeky, positive, nature-loving and completely non-"normal" (just the way she likes to be). She has been a fan of literature since she was a small child and finally decided to take her dreams (both waking and sleeping!) and do something positive with them.

CL has lived all over the world and has a Bachelor's degree in Criminal Justice, minoring in Psychology and Forensics. Which means you don't want to cross her because she knows how and where to hide a body so it's never found! She proudly admits to hearing voices in her head, but at times, her characters' impromptu visits can be rude and annoying. Thankfully, she has adequate patience for their shenanigans and can out ninja them any day of the week.

CL's voice is boisterous, sassy, and not finished yet! Stay tuned! 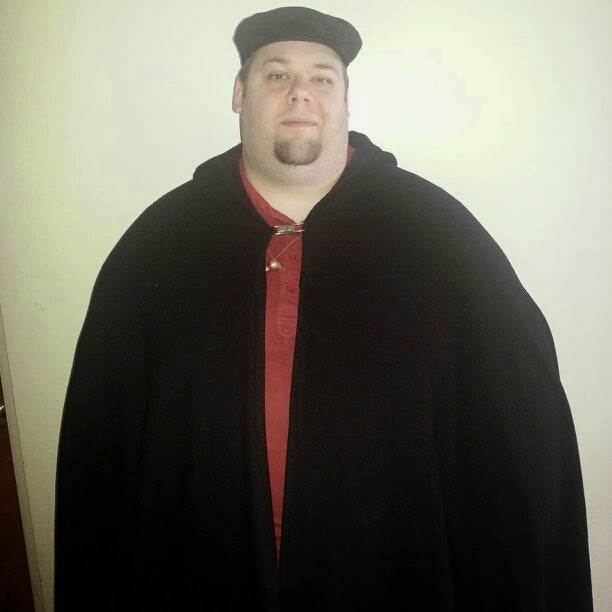 E.R. Rada
E.R. Rada is a NY native who's mind is in a constant battle with reality and fiction. He's been penning his tales while expressing his inner most demons and heartfelt wishes since he was able to rhyme.

Poetry and fantasy are his weapons of choice as his inner-most wish to be a dragon-riding, sword-wielding warrior has yet to come to fruition. E.R. knows there is no time limit on greatness, so he continues to float on his constant state of flux; learning, growing, and improving as time goes on.

E.R. is a battle worn soldier who will quickly compare apples and oranges, simply because he's told he can't. Never one to conform, he embraces his nerdy/geek tendencies and is well known for creating new and interesting ways to do things (see: stubborn/the hard way). In doing things his own way, he has earned his way through life with plenty of battle scars, knowledge, and memories.