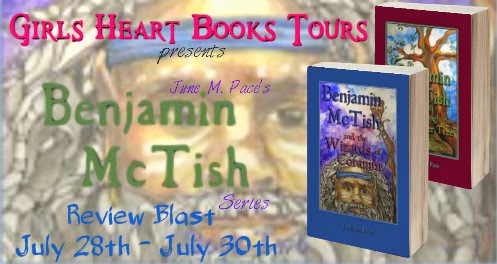 It’s Harry Potter meets the Celestine Prophecy in this magical and thrilling ride! The McTish Series is an explosive adventure through a dimensional Gateway into another world, a world of beauty and magic, Coranim...a land of insight, thought and possibilities, that sits beneath the enchanted Gilley Forest.

There is local legend in the small town of Grandlochcheshire that has been passed down for a 100 years about the mysterious disappearance of the Chickering family, that trails on the coat tails of the equally shocking  abduction of the Skeffington Union Rails heirs, Connor and Shelbe. The circumstances that follow this notorious tale enter into the modern world of Benjamin and his two best mates.

One day Benjamin watches from behind the Rhododendron as a mysterious little woman steps out of a taxi in front of the cream colored house with the forest green trim next door and in one synchronistic moment their eyes lock and a series of visual snippets of unfamiliar events unfold in his mind’s vision. His razor sharp sixth sense allows him the freedom to explore the extrasensory messages coming at him in a frenzied speed, like a derailed freight train.
And when Benjamin finds a peculiar old relic of a key in his grandmother’s garden shed, he could never know his world was about to change forever.

Annabel and Mathilda, two sisters who have moved to Grandlochcheshire from America, have become more than mere friends to Benjamin, they have all become the three Muskydeers (Mathilda’s mispronounced version of Musketeers, which was a huge laugh and of course it stuck), as they are plunged head first into this curious journey.

In the Gilley Forest they discover that the path they have chosen is inundated with many obstacles as well as intrigue.  Alliances are made with the Forest clan of Gnomes known as the Set, and with the aid of the Vila sisters, Sethina and Morel, as well as some surprising and unexpected allegiances, the three friends take on the test that is the Grandfather Tree.  They must stay on the pre ordained Path of prophecy, portended by the ancient seer Pajah Set, whose ancestry comes from the home of the oldest living beings on the planet, the Elves of the Darmon    However, this is no easy task for the Muskydeers as they have the foulest of sorcery hunting their every move, the powerful dark beauty known to all as Tar Vigorn.

This ruthless Queen is not without humor however, and loves a good game of cat and mouse, as long as she’s the cat. With her biting sense of sarcasm and calculated taunting, she knows just how to unnerve the young Benjamin. Her phantom army known as the Blunt are searching for a way into the Grand Tree and will stop at nothing to infiltrate the pristine world beneath his giant roots.

Once in Coranim the children make the acquaintance of the greatest Medicine Elder alive, Esmerelda Fet.  A most powerful Light Sorceress with a brazen in your face attitude and a thick Irish brogue, who guides the trio on their Path of destiny.  “All tings be possible ya wee chil’ren, if’en ya put yer mind to it!  Thar be nothin ya can’t accomplish.  Ya just need ta be placin all yer carage inta tha middle of yer core whar yer Spirit shines...an ya can do anythin! Ha!”

Filled with many wonders, and home to the Fet clan of Gnomes, Coranim is a magical world of art, sound, thought, invention and discovery....and home to the World Library of Identity, with none other than Dunston Tibbitts at the helm.
Every being on the planet has a book dedicated to the entirety of their lives.  Dunston reports to Benjamin, “according to what I see here now, this very minute, whatever it is that you are seeking will show itself today and change your Path immediately.  It will put you into a whole new dynamic as they say.”

What could alter the overpowering trajectory Benjamin has followed to Coranim?  How will it change his life?

Find out as our three heroes delve into the mystic, as well as their own inner character, as you watch from the edge of your seat. 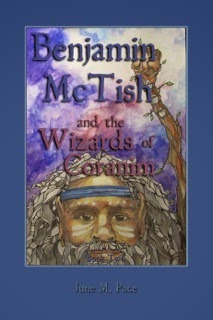 Benjamin and his friends find themselves on a ridiculously amazing ride through all that is the World of Coranim. From the enchanting magical city of Na’Talom and the splendiferous flying contraptions of one, Pips P. Toggleton, inventor slash artist of the extraordinary, to the far off outer edge Steam Powered Metropolis of Pancilet, with the expanse of Aurorus Jungle residing in between. And always close by is their mentor and guide, Esmerelda Fet, the endearing but brash Light Sorceress and the most accomplished Medicine Elder alive.

The Wickcliff sisters receive the utmost in unique lessons in the Land of the Winter Light from three very idiosyncratic Wizards, while Benjamin finds himself confronting the most elusive individual yet, an Aboriginal Gnome Wizard known as Locke, who is able to tweak at Benjamin’s psyche every chance he gets.

This journey broadens in scope with the addition of two family members who find themselves in the Gilley Forest in search of the missing children. After their shocking encounter with the Dark Queen in her battle of monumental proportions with the Villa, we find Claire and Emmagene traveling with the Elves to their home in the Darmon. Once in the Elven city they are inundated with the mystery and the magic of such mind boggling wonders as the Transcendental Collay Birds and the Na Temple. They also meet up with a quirky character known as Beedlebee, a Mystic Seer who owns the Shoppe of Insight and shakes up the status quo. Can they make their way into Pancilet to find Benjamin, Annabel and Mathilda...or what of Edward, Braxton and Emeline? Did they, along with the rest of the Chickerings make their way safely into Pancilet? Is everyone out of danger from the wrath that is Tar Vigorn?

The sites and bustling of the Wizard city of Pancilet is an overload to the senses as great devices of transport wheel down the glistening cobblestone roads. Parasols and Top Hats dot the sidewalk strolls of the button gloved shoppers on their way to the nearest Pub for afternoon libations. However, all is not as it seems...nor is it ever, dear reader....there are a few surprises yet in store for you as you delve into the deep waters of Coranim and the ever mysterious story of a family that appears to have some very deep secrets of their own.

Our journey begins exactly where last we left....in a Shoppe, in a magical little city in another dimension and a portrait of a woman....a woman wearing the necklace belonging to a Vila... 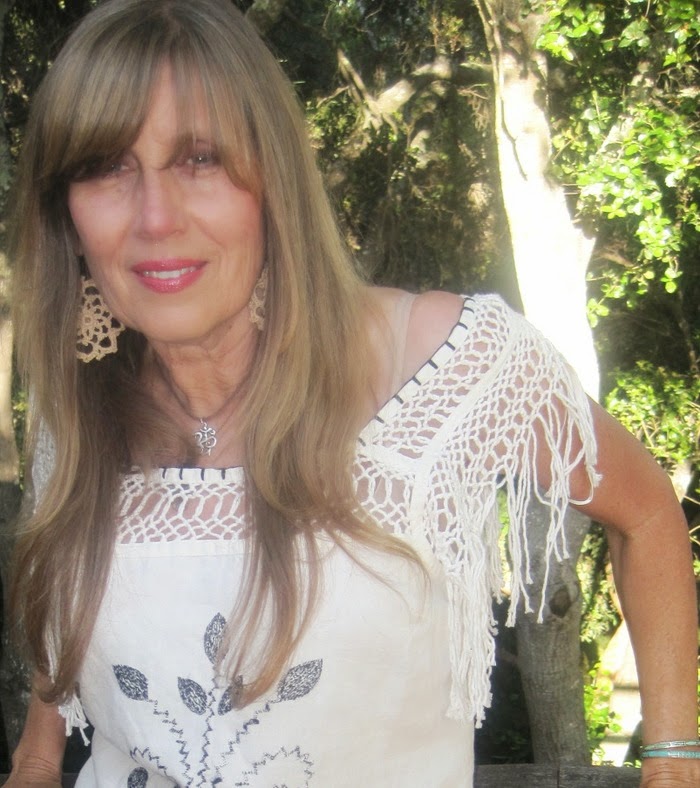 About the Author
June lives with her soon to be husband and best friend Ray, with his youngest son and their two dogs, seven chickens and two ducks, in Santa Cruz Ca.  Ray’s two older kids live respectively in LA and San Francisco.
June spends her days writing and sometimes painting her well known series of Rock n Roll icons.  June and Ray are designing a line of unique, one of a kind, hand-made furniture/accessories, coming out the winter of 2013, Madrona Rust.

This series of work, the McTish characters, are a part of June in every sense of the word.  “This work brings a deep sense of joy and passion for me in a very profound way, like nothing else that I do.”