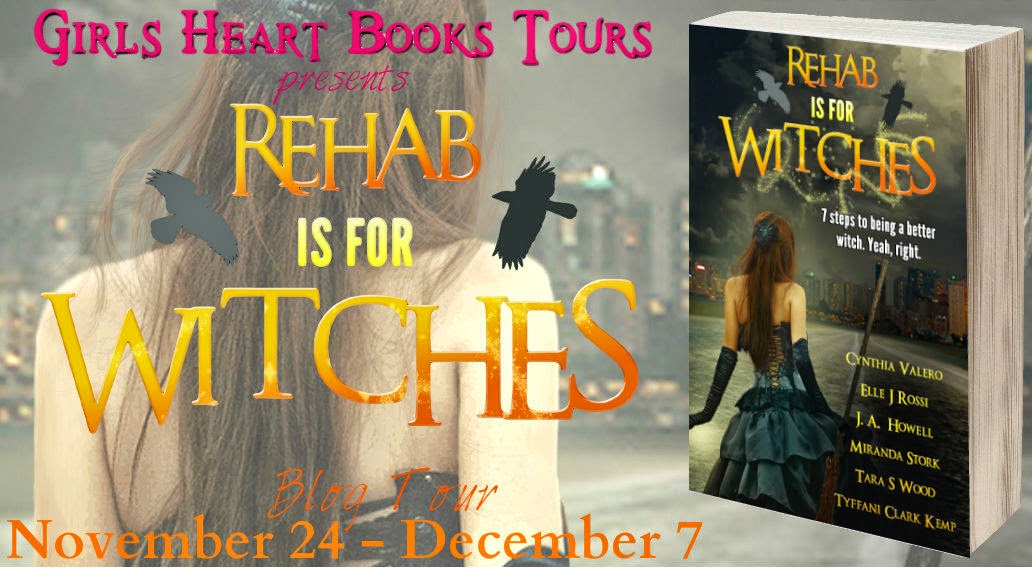 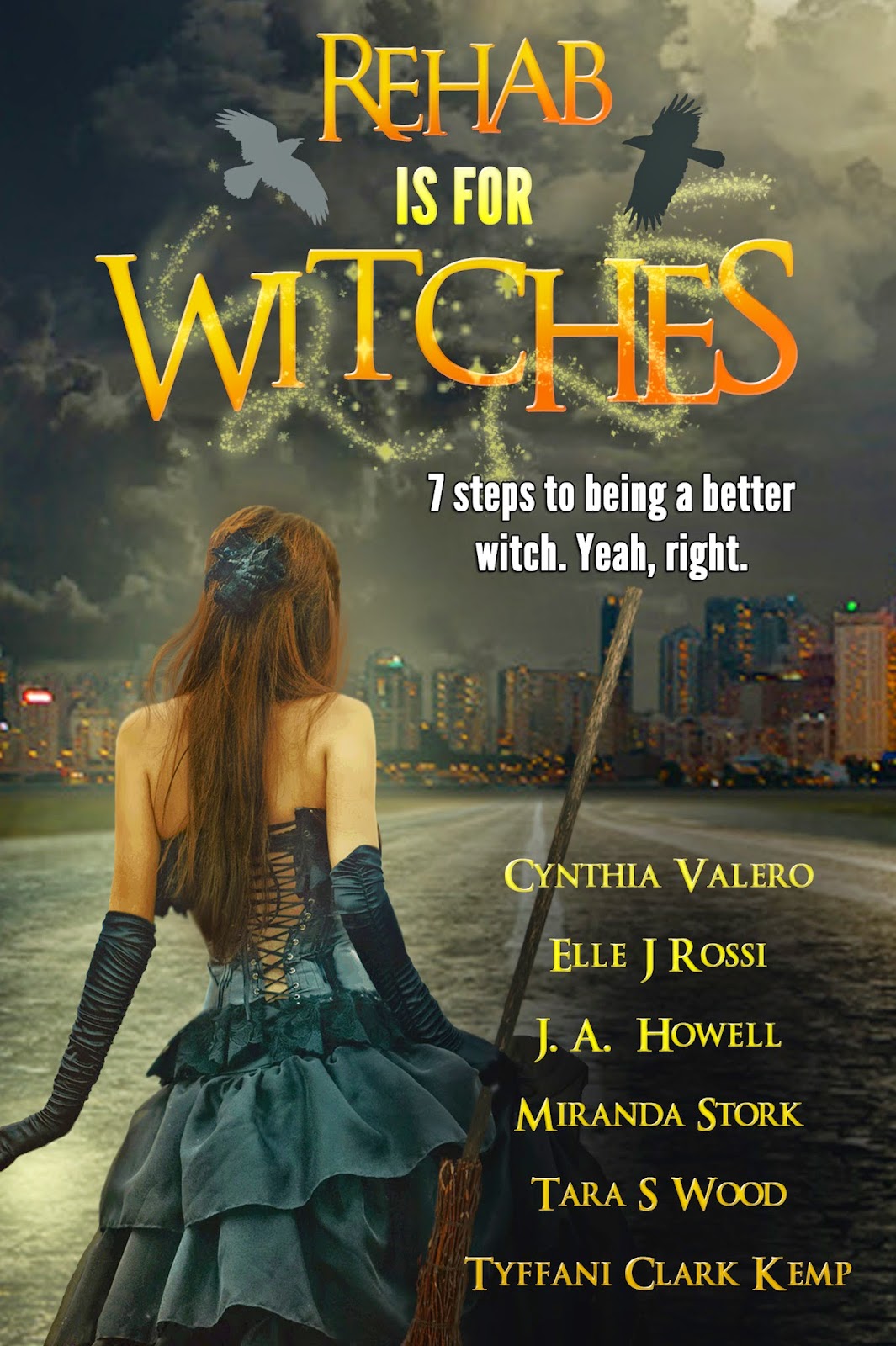 Welcome to Little Raven: an unsullied, beautiful woodland hamlet in the heart of the Midwest. The sort of place where furry creatures romp about and spend their days bursting into song.
Actually, that’s a giant pack of lies.
Little Raven is a town…for witches.
And some of those witches might have bent the rules. A teensy bit. When six magical miscreants dabble with black magic, they end up together at Incantations, the town’s rehab center for witches gone awry. It’s a slap on the wrist for naughty witches. Pretty much a daycare center so they don’t wander off and start turning people into newts on a whim. Each witch must work through her addiction to black magic, and follow the tenets designed to lead them back to the path of the straight and narrow, as boring as that sounds. Even if following the tenets sucks worse than a group round of kum-bay-ya. Which sucks. Horribly.
We will admit we are powerless over magic—that our lives have become unmanageable.
We will make a decision to turn our will and our lives over to the care of the Goddess as we understand Her.
We will make a searching and fearless moral and magical inventory of ourselves.
We will admit to the Goddess, to ourselves, and to another being the exact nature of our magical wrongs.
We will make a list of all persons or beings we have harmed, and become willing to make amends to them all.
We will make direct amends to such beings whenever possible, except when to do so would injure them or others.
We are entirely ready to bow before the Goddess and have Her remove all our defect of character, even at the risk of being entirely stripped of our magic.
But this is just the start. There’s something rotten in Little Raven, something that seeks to take all the magic it can, and devour the inhabitants in the process. It will take the strength and power of all the witches to defeat the darkness seeping into their town, beat it back, and be rid of it forever…and maybe just make it through rehab while they’re saving the world.

And here is an Excerpt from
A Cauldron Full of Goodbyes

She untied her cauldron, set it on a stump. As she opened the spring water, she asked Angus, “Are you a witch?”
“You can’t tell?”
“I can feel your magick, but not which kind.”
“How do you feel magick?”
She blushed as she poured the water into her cauldron and then tucked the half-empty bottle back into her jacket. “My elbows. They get a fluttery feeling.”
His mouth quirked.
She narrowed her eyes. “How can you tell I’m a witch?”
“I can smell it on you.”
She flushed deeper. “What does it smell like?”
The ghost of a grin. “A blend of vanilla and wood smoke. There is always a hint of smoke to a witch. Perhaps it has something to do with our ancestry.”
“And the vanilla?”
He leaned close and drew a breath below her ear. “The vanilla is you. It hints at something sweet yet exotic.”


I was thrilled to get the opportunity to read this book, because it included some of my favourite authors, and boy did it deliver.

I enjoyed getting to know each of the witches individually, through their own stories. Learning what they’d done to land up in Incantations, to see what abilities they possessed, and to watch them navigate without the magick they’d relied on for so long. Each story was intriguing, suspenseful and held a bit of romance.

The final story, though, was explosive. And, as much as I enjoyed these witches on their own, together they were a force to be reckoned with. It was quite obvious that Fitzsimmons was up to no good, and every time he appeared in the individual stories he made my skin crawl. His creepiness finally came to light as something far more sinister. In a spectacular finale that saw the witches of rehab pool their strengths and magic to defeat the evil that threatened to destroy them, and it was brilliant.


Cynthia Valero is an award-winning author of three paranormal romance novels and two anthologies written with Beth Ciotta as CB Scott. Her newest solo novella, A Cauldron Full of Goodbyes, is one of six dark and edgy stories in the anthology, Rehab is for Witches. A student of Natalie Goldberg, Zoetrope All-Story, and The Writers Studio, Cynthia is currently writing a rich tale of forbidden love and deadly feuds set off the coast of 1904 America. You can visit her on Facebook at Cynthia Valero Books or at cynthiavalero.com.