Stop over at Open Roan Media's Blog to find out what some of Mark Salzman's story time favorites were. Also check out some of Open Road's Staff favorites!
About the Author: 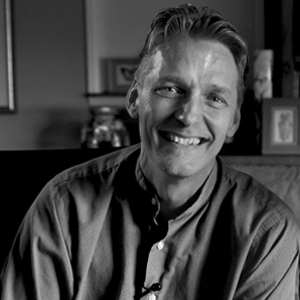 Mark Salzman is an award-winning novelist and nonfiction author who has written on a variety of subjects, from a graceful novel about a Carmelite nun’s ecstatic visions and crisis of faith to a compelling memoir about growing up a misfit in a Connecticut suburb—clearly displaying a range that transcends genre.
As a boy, all Salzman ever wanted was to be a kung fu master, but it was his proficiency on the cello that facilitated his acceptance to Yale University at age sixteen. He soon changed his major to Chinese language and philosophy, which took him to mainland China where he taught English for two years and studied martial arts. He never gave up music, though, and Salzman’s cello playing appears on the soundtrack to several films, including the Academy Award–winning documentary Breathing Lessons: The Life and Work of Mark O’Brien. He has also played with Yo-Yo Ma and pianist Emanuel Ax at Lincoln Center. Salzman’s unusual combination of talents—as both a well-known author and a concert-proficient cellist—led to a feature profile about him in The New Yorker magazine. He was also recently presented with the Algonquin West Hollywood Literary Award.
A number of Mark Salzman’s books have been chosen for “book in common” reading programs by more than a few schools and universities for their elegance, humor, and portrayal of our shared humanity. His first memoir, Iron and Silk, inspired by his years in China, was nominated for the Pulitzer Prize in nonfiction and received the Christopher Award. His book True Notebooks is a fascinating look at his experiences as a writing teacher at Los Angeles Central Juvenile Hall, a lockup for violent teenage offenders. Salzman is also the author of the memoir Lost in Place: Growing Up Absurd in Suburbia, and the novels The Laughing Sutra, The Soloist, and Lying Awake. Common to each of his works is a theme of how people struggle to reach an ideal but often fall short, and the quiet change that takes place in facing the discouragement and the possibility of never achieving their goal. Salzman writes with gut-wrenching honesty and unalloyed warmth, combined with a sharp sense of humor. His latest work is the memoir The Man in the Empty Boat.


The Man in the Empty Boat By Mark Salzman 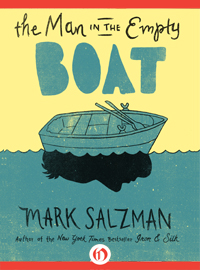 From the author of Iron & Silk comes a moving memoir of love and family, loss and spiritual yearning

Anxiety has always been part of Mark Salzman’s life: He was born into a family as nervous as rabbits, people with extra angst coded into their genes. As a young man he found solace through martial arts, meditation, tai chi, and rigorous writing schedules, but as he approaches midlife, he confronts a year of catastrophe. First, Salzman suffers a crippling case of writer’s block; then a sudden family tragedy throws his life into chaos. Overwhelmed by terrifying panic attacks, the author begins a search for equanimity that ultimately leads to an epiphany from a most unexpected source.

The Man in the Empty Boat is a witty and touching account of a skeptic’s spiritual quest, a story of one man’s journey to find peace as a father, a writer, and an individual.