Check out what Adam Mansbach has to say about Seriously, Just Go To Sleep, on Open Road Media's Blog. Also stand a chance to WIN a copy of his book!! 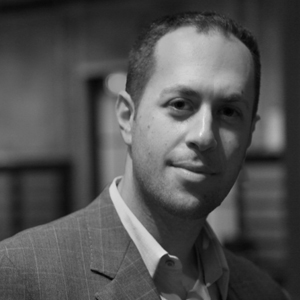 Adam Mansbach's recent novel, The End of the Jews (Spiegel & Grau) won the California Book Award. Named a Best Book of 2008 by the San Francisco Chronicle, it has been called "extraordinary" by the Los Angeles Times, "beautifully portrayed" by the New York Times Book Review and "intense, painful and poignant" by the Boston Globe, and translated into five languages. Mansbach’s previous novel, the bestselling Angry Black White Boy (Crown), is taught at more than sixty colleges, universities and high schools. A satire about race, whiteness and hip-hop, it was a San Francisco Chronicle Best Book of 2005, and the recipient of an Honorable Citation from the Gustavus Myers Outstanding Book Awards and a PEN/Faulkner Writers in the Schools grant. A theatrical version played for three sold-out months at Intersection for the Arts in San Francisco, and was named the Best New Play of 2008 by the San Francisco Chronicle and the San Francisco Examiner.
Mansbach is an inaugural recipient of the Future Aesthetics Artist Regrant (FAAR), funded by the Ford Foundation. The grant recognizes artists whose work "innovates beyond that which is already applauded in the present" and is intended to "usher in the next generation of artists who reshape the artistic landscape." He currently serves as the 2009–2010 New Voices Professor of Fiction at Rutgers University. Mansbach's previous books include the novel Shackling Water (Doubleday, 2002), the poetry collection genius b-boy cynics getting weeded in the garden of delights (Subway & Elevated, 2002), and A Fictional History of the United States With Huge Chunks Missing (Akashic, 2006), an anthology of original short stories which he co-edited with T Cooper. His fiction and essays have appeared in The New York Times, The Los Angeles Times Book Review, The Boston Globe, The Believer, The San Francisco Chronicle Magazine, JazzTimes, Wax Poetics,Poets & Writers, Vibe, The Best Music Writing 2004 (DeCapo), Total Chaos: The Art and Aesthetics of Hip Hop (Basic Civitas, 2006), The Speech: Race and Barack Obama's 'A More Perfect Union' (Bloomsbury), Born to Use Mics (Basic Civitas) and elsewhere. The founding editor of the pioneering '90s hip hop journal Elementary – called "the best thing ever published on hip hop" by cultural critic Michael Eric Dyson – and a former Artistic Consultant to Columbia University's Center for Jazz Studies, Mansbach is considered one of the leading theorists and scholars of hip-hop culture and aesthetics. A dynamic public speaker, he has been featured by media ranging from NPR to HBO to CSPAN, and is a frequent guest speaker on college campuses across the country. 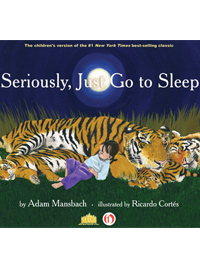 Of course, kids are well aware of how difficult they can be at bedtime. With Mansbach's new child-appropriate narrative, kids will recognize their tactics, giggle at their own mischievousness, and empathize with their parents’ struggles—a perspective most children’s books don’t capture. Most importantly, it provides a common ground for children and their parents to talk about one of their most stressful daily rituals.

This fresh rendition includes Cortés’s updated illustrations, with a cameo appearance by Samuel L. Jackson, who narrated the audio book version of Go the F*** to Sleep.