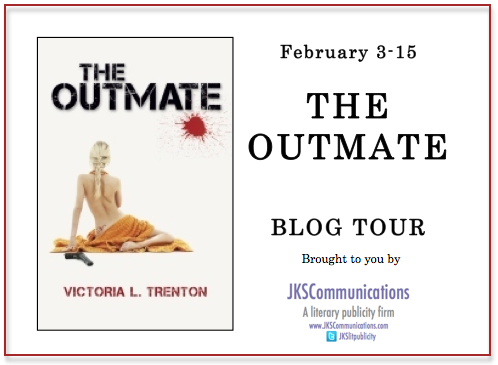 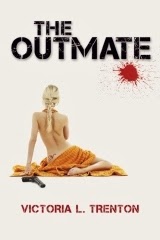 Live life out loud.
Chrissie Laursen doesn’t date models. Having barely survived her battle with alcoholism and just out of a ten-year marriage that lasted nine years too long, she’s laser focused on her thriving Miami Beach business: promoting erotic photographers in local galleries. She has no time for the ego driven pretty boys that proliferate in that business. For so long she’s wondered if life and love would ever truly touch her that she decides to go it alone. Then she sees the glacial blue eyes and rugged, animal intensity of Nick Jessup, and her resolve begins to fracture.
Irresistibly drawn to him, she begins a relationship with Nick and soon becomes obsessed with his dominant, controlling personality. Even his dangerous past doesn’t scare her. But before their charged sexual energy culminates in passion, the peril of Nick’s past explodes into the present and he is sentenced to thirty-five years in prison for a horrific crime. Faced with the reality that her life can either return to the empty normalcy she’s always known or continue through the terrifying and exhilarating doorway that Nick’s arrival has opened…she makes a decision to do something that will never allow her to go back to the fragile life she’s just rebuilt.
A wild, erotic, and powerful journey of self-discovery, The Outmate shimmers with the intensity of what it means to be human-and the clarity that comes with finding your truth before it’s too late.

My name is Chrissie Laursen. My counterpart and creator, author Victoria L. Trenton, first breathed life into me four years ago in a series of short fantasies she wrote to entertain an inmate. Victoria met and dated this man before he was arrested, and when she found him in prison they began an epic correspondence that included pages from my tale. Four years later “The Outmate” was published and I came alive in the minds of her readers.

You see I too fall in love with an inmate.  A dashing, dangerous, domineering charmer built like Schwarzenegger and covered in tattoos, he sweeps me off my feet from the moment I first clapped eyes on him and there nothing I won’t do to free him. We are two of a kind… and the longer I know him, the longer I realize the darkness of my own soul.

Bonnie and Clyde? Psshhht. Nick and I make those two look like amateurs in comparison.

So how am I different from my creator? I’m a little more lost, a little more needy, and I have far fewer moral limitations. I’m more fractured and Nick becomes the glue that puts me back together. When I say I will go to any length for my man, I mean it. I may be little and cute but trust me you would not want to meet me in a dark alley- and you’d want to meet Nick even less.

Am I submissive to Nick? Absolutely. He controls me, owns me, and dominates me both in and out of bed. I love it. Don’t be fooled by my tears when he does something that scares the hell out of me. I’m eating it up.  It’s a dark, all-consuming passion and it’s better than anything I’ve ever experienced before. Having been an erotic art promoter for years, I’ve been around the block. This blows anything I’ve ever known about sexuality out of the water. Nick is my God, my Wolf, my Master… and I love him with a ferocity that burns me from the inside out.

Does he love me? Is he worth everything I go through in “The Outmate”?  I guess you’ll have to read it and see. He sure as hell won’t tell you. That’s one thing Victoria L. Trenton promised Nick and I. You’re never going to get inside Nick’s head so you’ll never really be sure what he’s thinking. You’ll have to see it through my eyes and then make your decision.

Until then… Embrace Your Demons.