Review + #Giveaway: This Much is True by Katherine Owen 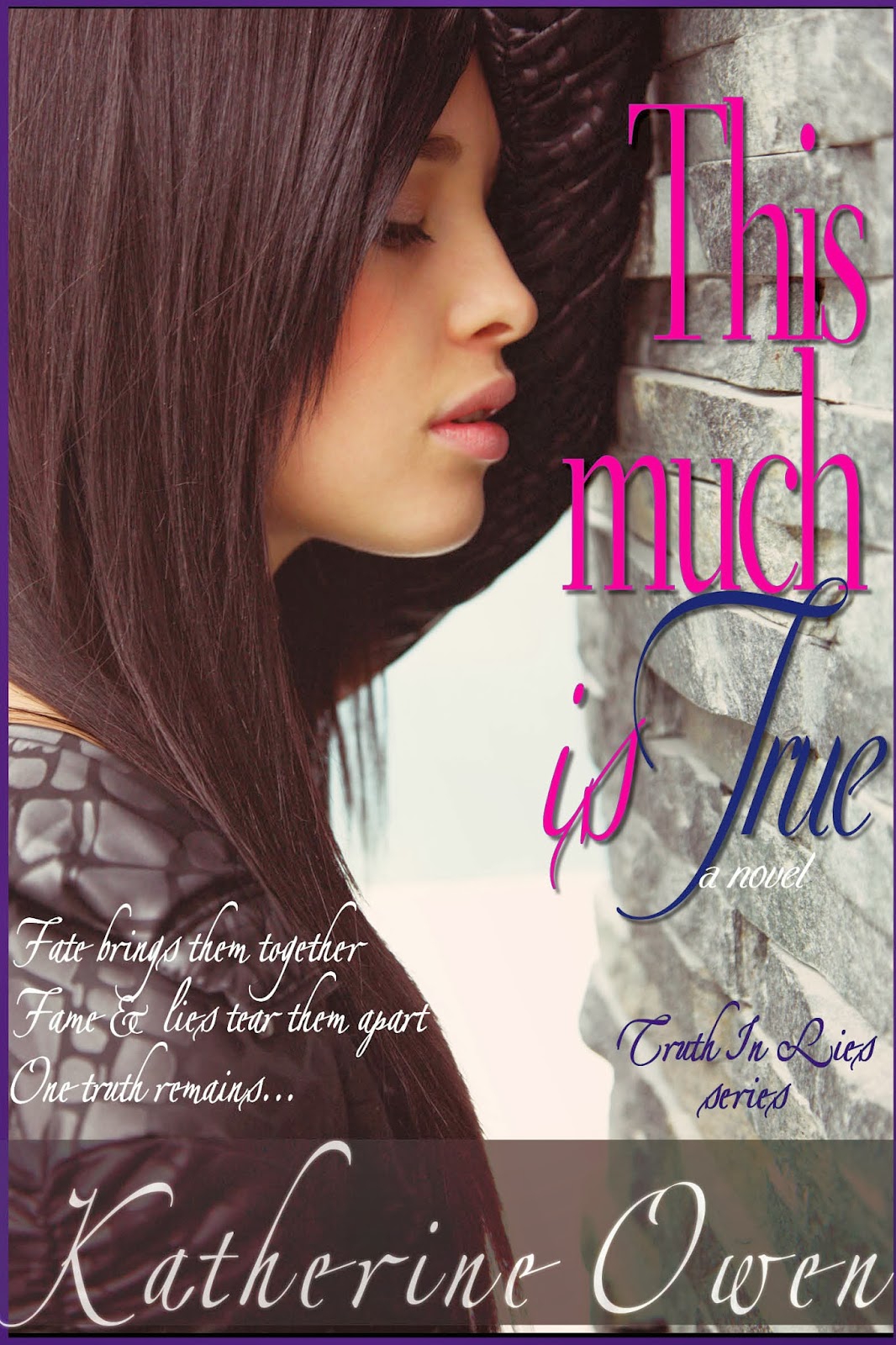 This Much Is True

At 17, Tally Landon just wants to graduate and leave for New York to pursue ballet. Her best friend Marla convinces her to attend one last party—a college party—where she can be among strangers and evade the whisperings about her heartbreaking loss of her twin that follows her everywhere she goes. She meets Lincoln Presley, Stanford’s famous baseball wonder and has a little fun at his expense—when she lies about her age and who she really is—intent on being someone else for the night and escaping her tragic story.

His only focus is baseball, but he can’t forget the girl he saved on Valentine’s Day…
At 22, Lincoln Presley’s star is on the rise—about to finish at Stanford and expected to be taken early in Major League Baseball’s upcoming draft—his cousin’s party serves as a welcome distraction. But then, he sees the girl from Valentine’s Day that he saved from that horrific car accident and can’t quite hide his disappointment when she appears to look right through him and not remember him at all. He vows to learn her name at least before he leaves. What’s the harm in getting to know this girl? What’s the worst that can happen?

They share this incredible connection, but fate soon tests these star-crossed lovers in all kinds of ways…
And yet, despite the lies being told to protect the other, and the trappings of fame that continually separate them, and in lieu of the deception by those they’ve come to trust the most; one truth remains.

This much is true.

From the tragic opening of this book, I knew I was in for an emotional ride of devastation and heartache, but one filled with love and hope as well. This was a long book. A story that could have easily become boring because of its length, but Owen did such a brilliant job of capturing my attention that I couldn't put it down for a second. It was well paced, with characters who reached into my soul, and latched onto my heart.

Tally's life was filled with one tragic event after another. She was forced to make difficult decisions; life changing decisions that may have cost her all the success she so obviously deserved. She also had to deal with lost love, all the while trying to keep her head above water. The teen we're introduced to in the beginning of the story transforms into an amazing, strong woman. She's always been determined and quite fierce, but the occurrences in this story forced her to grow up quickly, and she seemed to lose a bit of herself each time. She showed tremendous strength and perseverance, though. She could have easily become an emotional mess, but she held it together pretty well. That's not to say she wasn't having an internal emotional meltdown. She just seemed to always find a way of soldiering through it all.

Each love story (yes, there are more than one, and each has it's own complexities) was wrought with pain and heartache, but again, there was plenty of hope that everything would work out in the end; even for those characters who were clearly not meant to be together. The few love triangles in this story were not of the cringe-worthy kind. They were actually quite fascinating.

This story was filled with mixed signals, missed opportunities, and power struggles as each player of this game called love fought to win the ultimate prize. Some may have gone about it the wrong way, while others manipulated it to best suit their needs. In the end, when something is real, nothing can stand in the way of it. This book was a stellar read.

-3 paperback copies (Open Intl, but book can be signed if the winner is in the US)

Dark. Edgy. Contemporary. Romantic. Were we describing me? Or my fiction? Sorry. I drink too much...coffee, not enough water. I swear too much for God and my mother, and I slip these into my fiction. Sorry. I'm impatient, a perfectionist, a wordsmith, a dreamer, which ends up being good and bad. I'm a workaholic; ask my fam-dam-ily. I've written four novels in as many years: SEEING JULIA, NOT TO US, & WHEN I SEE YOU, as well as my latest release THIS MUCH IS TRUE. If you love angsty, unpredictable love stories, I'm yours. ♥

Email ThisBlogThis!Share to TwitterShare to FacebookShare to Pinterest
Labels: Blog Tour, Giveaway, Review, This Much is True, Xpresso Book Tours