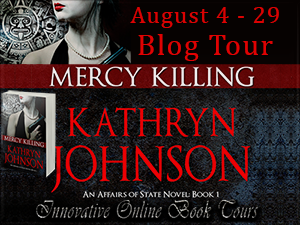 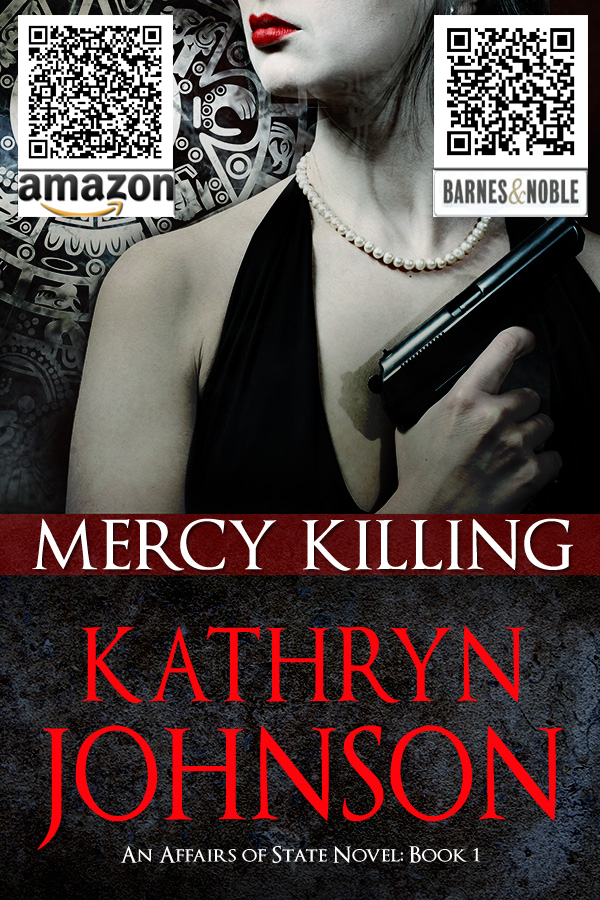 Artist and Washington, D.C. socialite Mercy O'Brien Davis married for love and gave up a promising job as a Smithsonian curator to support her husband's diplomatic career. But while accompanying him to Mexico City, she learns  her famous photo-journalist mother has disappeared without a trace in Ukraine. Desperate to find her, Mercy runs afoul of the U. S. State Department and stumbles into a maze of lies, crime, and international intrigue. When she appeals to her husband for help in locating her mother, he is strangely reluctant. With her marriage already on shaky ground in the aftermath of her husband's infidelity, and the U.S. government ignoring her entreaties on her mother's behalf, Mercy accepts help from a mysterious American agent who enlists her to spy on sexy cattle baron Sebastian Hidalgo, suspected of heading a Mexican crime cartel. Hidalgo is determined to keep her from discovering his darkest secrets, even as he lusts for her.  Manipulated by the men in her life, and their hidden agendas, Mercy wonders if there's anyone she can trust, and what price she will have to pay for her mother's safe return. 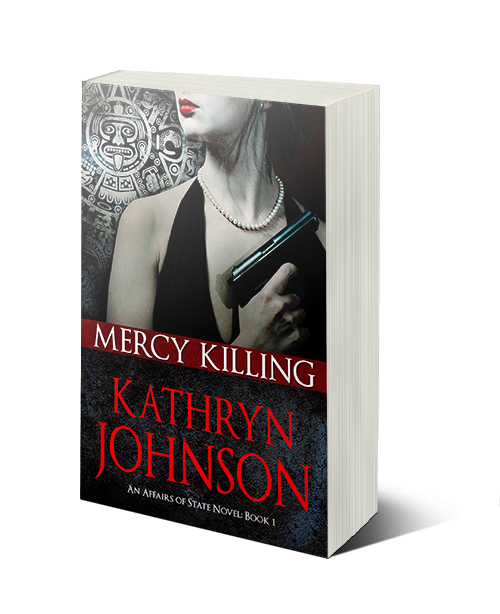 Mercy Killing--Excerpt #1
A yellow torch beam flashed across the front of the house. Mercy huddled in the shadow cast by the platform beneath her. The guard muttered that it was probably nothing more than a bat flying into the side of the house. The men returned to their posts. Mercy squeezed her eyes shut in relief. She breathed, letting her runaway pulse slow. The next jump she got almost right. Banging her ribs again but stifling her cry of pain. However, her final leap was worthy of Olympic gold. All right! But before she tried the door she checked for alarm wires, triggers, or infra-red beams. Seeing none, she carefully turned the knob. The door eased open. No lock. No screaming alarms. Nothing. She was in. While passing Sebastian’s office before he'd left that day, she’d glanced through the open doorway and quickly memorized the placement of furniture. She was confident she could negotiate the room without bumping into things in the dark. Standing with her back to the now-closed balcony door, Mercy let her gaze drift across the black space before her. She could see nothing other than vague shapes but recalled the layout of the room and its contents. Vertical files along the left wall. Three oil paintings hanging over them in a row. A huge ebony desk had occupied the center of the room, facing the door. Lamps, two visitors’ chairs, a tall 18th-century armoire she’d need to investigate as a possible hiding place for files and correspondence. Wet bar along the right wall. Nearest to the door would be the couch and coffee table. She took a cautious step toward the center of the room. One of the shapes moved. Startled, Mercy froze and sucked in air. Was it an illusion? Her heartbeat—bang, bang, bang in her ears—like gunshots. Her mouth, sand dry. She waited, talking to herself: You’re the only one here. Stop imagining things. She felt like a rabbit caught away from its warren, instinct messaging its bunny brain—Don’t move and the fox won’t see you! The sharp scratch of a match strike broke the silence. A whiff of sulphur, followed by a wavering yellow flame. Mercy stared at it, mesmerized, breath held. The flame moved downward, its faint glow revealing a pillar candle set on one corner of the desk. One. . .two. . .three wicks were lit, revealing the room in a dim amber glow. “You waited much longer than I'd expected.” His voice.

Mercy Killing--Excerpt #2
Reaching out she laced her fingers through his and brought his hand into her lap. Mercy smiled. “The ultimate bad boy, huh?” The simple intimacy of their holding hands set his pulse thrumming. A deep longing and intense need to draw her into his arms, to touch her, everywhere, filled him. He reminded himself that she was married. And that all of the things he was feeling for her were wrong and could go no further. “Will your husband be worried about you?” “I don’t know. Maybe.” She avoided his eyes. “Do you love him?” She seemed unsettled by the question. “I did at one time. I’m not so sure now.” She swallowed and blinked up at the brightening sky of morning. Her lower lip trembled. “I don’t think so. Not anymore.” His heart soared. “Did you love Maria’s mother?” she whispered. “Si. Very much.” “But you have had other lovers. Many, if I'm to believe the gossip. Or is that also part of your charade?” She slanted him an unexpectedly coy look from beneath long, lowered eyelashes, and he went steamy inside. Sebastian shook his head. “Never while we were together. After my wife died—it took a while. Quite a long while, actually. Then, one day, I started noticing women again. No one has held my interest for very long. I saw no reason to take a lover seriously.” Mercy nodded and bit down on her bottom lip, making it look as if she were pouting although he was sure she was just thinking very hard. He suddenly was convinced he'd never take another breath if she stood up and walked away from him. He wanted her. Now! Here! Under the stars and with a desperation he could taste. 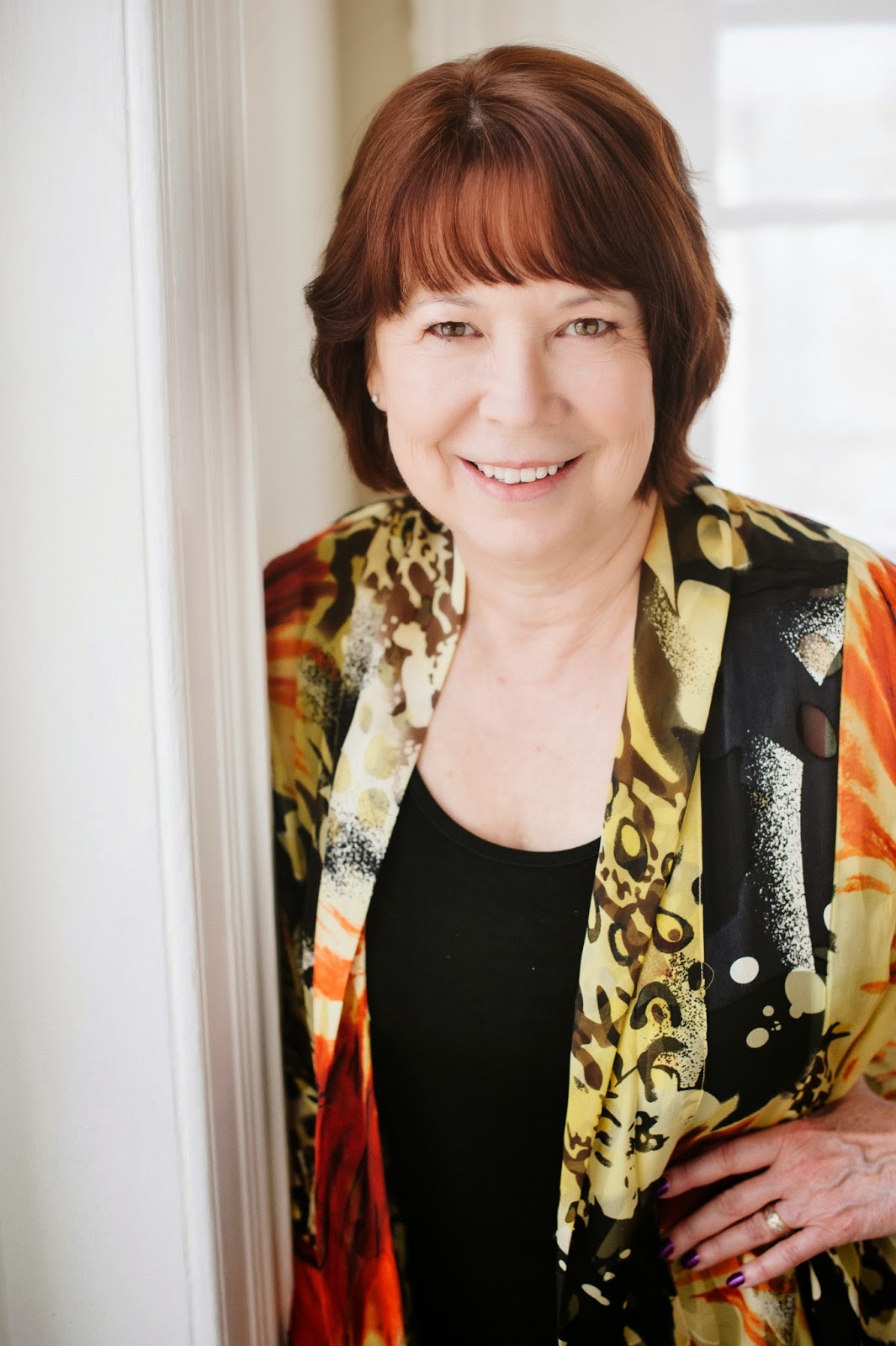 Kathryn Johnson (aka Mary Hart Perry), author of over 40 published novels, teaches in Washington, DC for the renowned The Writer's Center, and is a popular speaker at many conferences and venues including The Smithsonian Associates programs and the Library of Congress. CEO of Write by You, a writer's mentoring service, she's an Agatha Christy Award nominee, winner of the Heart of Excellence and Bookseller's Best Awards. Recent novels include Victorian thrillers featuring Queen Victoria's daughters. Kathryn's new contemporary Romantic-Suspense series, AFFAIRS OF STATE, launches the first two titles in 2014. She is Vice-President of the Mystery Writers of America, Mid-Atlantic chapter, a member of the Author's Guild, Romance Writers of America, Sisters in Crime, Novelists Inc, and the Historical Novel Society.