Book Tour: Excerpt + #Giveaway: Let Me Know by Stina Lindenblatt + Tell Me When is ONLY #99c

This shouldn't be happening again…


Amber Scott thought her screaming nightmares would end now that her stalker is locked up and awaiting trial. But they return when her slam-dunk case starts to fall apart. Explicit letters she allegedly wrote surface, suggesting she was the mastermind behind her assault, a willing victim.


Amber only feels safe in the arms of her boyfriend Marcus, the one person she can lean on. Until damning evidence from Marcus's past collides with the case and the media circus drags them both down. To protect Amber's reputation, Marcus has only one option: end their relationship. He won't risk further damage to her case, even if it means breaking her heart.


Amber has to find the strength to step into the spotlight and bring awareness to victims' rights before she's convicted in the court of public opinion. And she's really not sure what's worse—that her kidnapper could walk free, or that the seemingly endless attention and speculation will drive Marcus away permanently…


See how it all began for Amber and Marcus in Tell Me When. 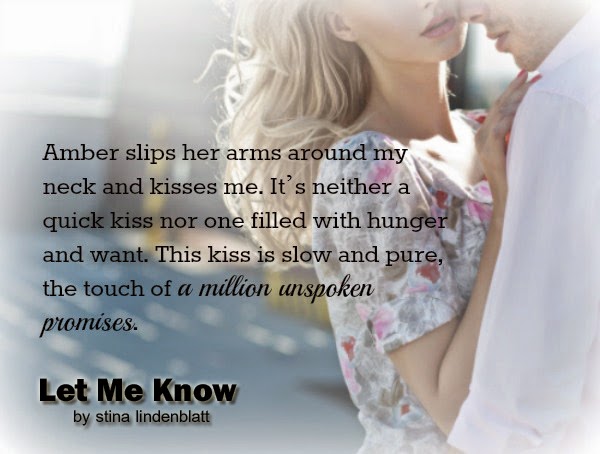 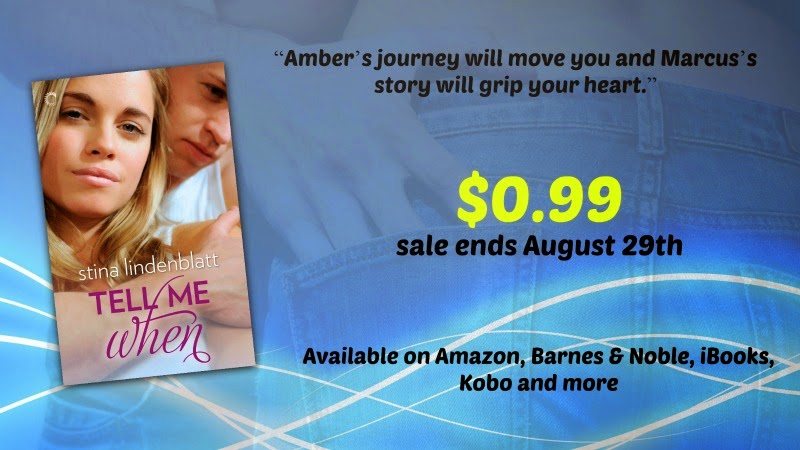 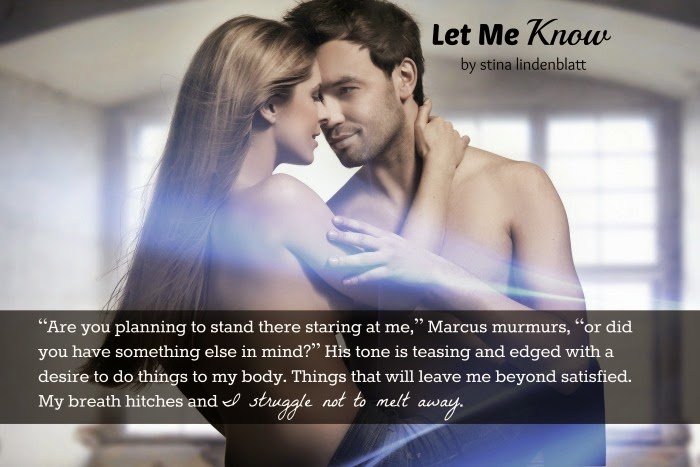 
I climb out of the shower and wrap a towel around me as Marcus turns off the water. I open the door and walk into Chase.


“Um, hi?” I manage to say, face heating up twenty degrees hotter than the shower water.


An amused smile slips on to Chase’s face. “Have a good shower?”


Oh, God. He heard. My entire body temperature shoots up, and I’m surprised the drops of water clinging to my skin and hair don’t vaporize into steam.


“Hi,” Jordan says with the usual grin on her face. It then slips away. “We have a problem.”


You mean other than me standing mortified in the hallway wearing nothing more than a small towel? “What kind of problem?”


“The media’s outside swarming the building.”


“What for?” Marcus asks behind me. He rests his hand on my shoulder; his thumb caresses my lotus tattoo. 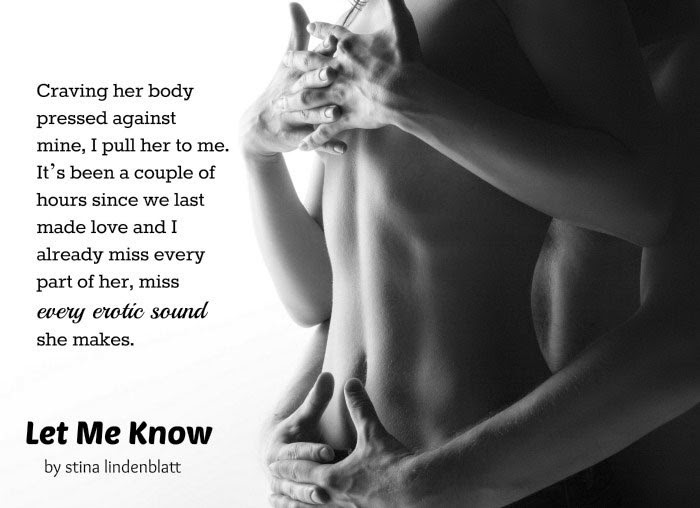 Born in England, Stina loves to travel, and has lived in England, the US, Canada, and Finland. She spent a semester in graduate school living in central Finland, and a summer during her undergrad degree working in Helsinki. She has a Master’s of Science degree in exercise physiology and has worked with elite athletes. In her free time, Stina is a photographer, mother of three adorable kids, and devoted wife. She currently lives in Calgary, Canada. 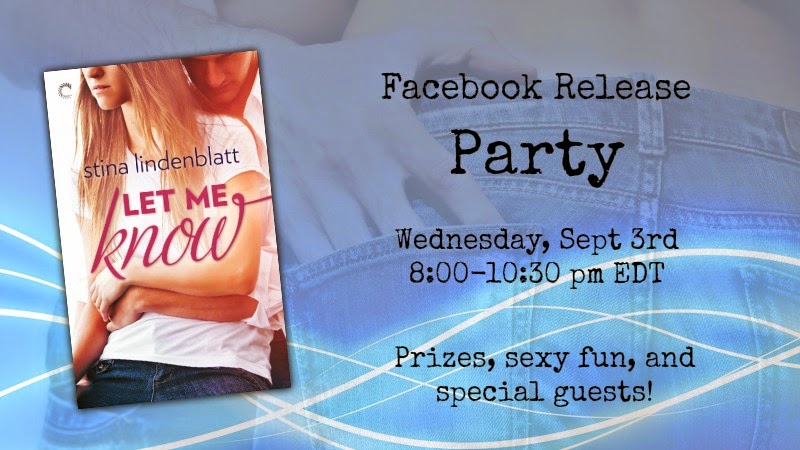 Email ThisBlogThis!Share to TwitterShare to FacebookShare to Pinterest
Labels: 99c, Excerpt, Giveaway, InkSlingerPR, Let Me Know, Stina Lindenblatt, Teaser, Tell Me When, The Lost in Your Series