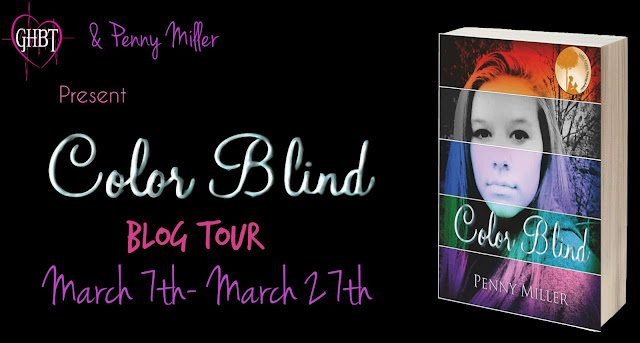 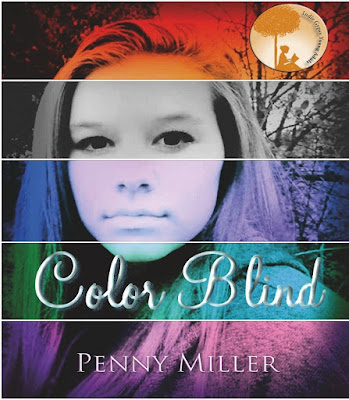 All her life Harmony Phillips has felt defective. Growing up in a paranormal community where magikal abilities come from the wavelengths of color, a color blind girl is worthless, and they haven't let her forget it. No one but her adoptive parents, Charlie a Were-Lion and Sarah a Witch, along with her best friend Tesch, a Siren, have ever given her an ounce of esteem. When a fit of outrage unlocks the color yellow to her eyes, Harmony passes out cold with shock over her eggs and accidentally glamours her nemesis Challen Parks into a cowardly golden retriever. As other colors unfold before her eyes, so do new abilities. Love and friendship get turned upside down as Harmony struggles to have faith in people, discovering they are not always as they seem. The misfit becomes the outlaw as she is once again different from everyone else. What began as joy turns to peril when the paranormal Council finds out she is more than a Witch, or a Were or a Fae... oh my.

For lots of fun games, q & a with the author and prizes head to the Facebook Party Event!


If Color Blind was made into a movie and you could cast anyone you wanted, who would you choose?

Wow! This is both an easy question and a hard one. Often when I’m creating a character, after I’ve put the finishing touches on them inside my own imagination, I will look for a celebrity that is close to the character that I have envisioned.

The character of Tesch was the most quickly discovered in my hunt. David Henrie fit the bill exceptionally well. Dark hair, green eyes and the face shape were perfect for the Tesch of my dreams. He’s a talented young man from Disney’s Wizards of Waverly Place. And I think he could play the role of Tesch very well. He has all the right ingredients for a Hero.


Harmony’s parental units were an easy and hard choice.
For Sarah, a red-haired, browned eyed witch and earth mother I had only one choice, the incomparable and lovely, Isla Fischer. I know she has many more credits to her resume that have garnered a lot more recognition, but I have loved her since I saw the movie Confessions of a Shopaholic. For the role of Charlie, I’m torn. Maybe your readers can decide. I equally love and can see either Josh Lucas (Sweet Home Alabama) or Eric Skarsgard (True Blood) as Harmony’s were-lion father. Both are talented gentleman and so yummy to look at.

The other important and supportive characters of Color Blind include Challen Parks, Mr. Bellfwigg, Madame Osza, Joliet Combs and Ferro. Spoiler alert; I include Ferro the motorcycle riding carnival attraction here because he definitely makes and impression in the pages of book two, Color Full.

Challen Parks- played by Cody Lindley (another Disney Alumni from Hannah Montanna, but don’t hold it against him.)

Challen is the bully, but conflicted. The emotions Harmony invokes in him make him angry with her. Like the boy who pulls your ponytail or pops your bra strap in school. You want to slap him. I’d like to give this young man the chance to expand his repertoire by playing a jerk. With the chance of reform.

I’d like to see Mr. Bellfwigg played by Danny Devito. Just like the character, Mr. Devito is short of stature but a giant of talent. I could see him enjoying teaching Harmony how to throw her magik around. Anyone care for a little paranormal dodgeball?

When I imagine Madame Osza, I see someone very similar to the gypsy in the movie Love Potion Number 9. An experienced woman that age has not diminished her elegance. My first choice would have been the gloriously beautiful and epitome of grace Lauren Bacall. Sadly, she passed away in 2014 while I was writing and publishing Color Blind. However, another lady of her equal that I would choose as a terrific Madam Osza would be the lovely legend, Faye Dunaway.

Mmmm…. Joliet, such a bitch. But undoubtedly a beautiful one. Exotic, confident, spoiled and privileged and yet a slave to her heritage. I don’t know about her acting capabilities but Kendall Jenner absolutely fits the ‘look’ of Joliet Combs.

Avan Jogia is my hands down pick for Ferro. Just wait until you smell the machismo, motor oil and were-bear on him! The rascal we all love that will break our hearts and ride a wheelie off into the sunset.
I have saved the best for last, Harmony herself. She has been the most difficult character to pin down and find that just right ingenue for the part. The closest I have come to casting Harmony in my mind is …. (drum roll please).... McKaley Miller from Hart of Dixie

If my wildest fantasy came true and Color Blind was made into a movie… I’d would probably ask for this girl. She has just the right balance of hope and cynicism. Harmony is one of those rare people that despite having been bullied and made to feel small, looks (and finds) the best in people. Her parents have raised her with the belief that you have to care about people and the world even if they don’t always return the favor. Life isn’t perfect and never will be, but that doesn’t mean you should stop trying to make it the best possible. Paranormals are people too. That’s Harmony’s motto.


Well, there you have it, my dream cast for Color Blind - The Movie. All I can say is I hope your world will be as Color Full as my imagination. Happy Reading! 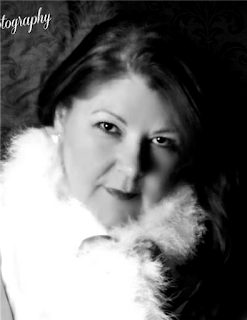 About the Author
Penny Miller is a born and bred Oklahoman. She has a nursing degree from Eastern  Penny Miller Oklahoma State College and is a Registered Nurse in addition to being an author. Penny wrote her first short story complete with illustrations when she was seven-years-old and has been writing ideas and bits of dialogue ever since. As a child, her mother regularly read to her classic faery tales. It was those stories that ignited her imagination and attraction to the magical and whimsical. With her three children Robert, Amy and Cheyenne, she carried on the tradition of introducing them to fantasy and other worlds through stories. Three years ago, she co-authored erotic romance e-books under the pseudonym Jp Archer. At that time her daughters asked her when she was going to write stories they could read. Penny went to her keyboard and dug in and her debut solo novel, Color Blind, was born. Most importantly, creating a story in the Young
Adult/Paranormal genre is where she found her true voice as a writer. She hopes readers will become fans of her heroine Harmony Phillips and follow her story through the next phases; Colorful and Colorless.