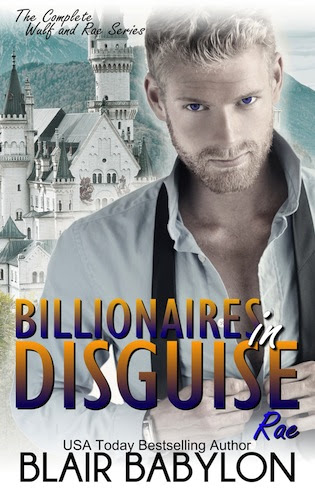 
How could one wild quickie with a hot guy against a wall at a party change everything so fast?
All Rae wanted was to open a clinic for autistic kids. To do a little good in this world. To help some kids who were trapped in darkness and fear.
But a statistics class tripped her up. She is losing her scholarship, which means that she’s leaving college to go back to her poverty-stricken hometown. It’s too late for grants. Too late for loans. No job exists that can pay for college tuition. She’s finished, and she has to go back to her family and their repressive beliefs that she thought she was better than she ought to be for trying to go to college, anyway.
She has three weeks of freedom left. Her friends tell her that there is a job that could help her, the place where they work, where she might be able to make enough cash for tuition because they do.
So they take her to an upscale party to meet the guy who runs it, and they tell her all about their boss: his cold, calculating gaze, how he can see through anyone, how no one even knows his real name, and how he might be a psychopath.
But Rae doesn’t meet their mysterious boss. She meets The Blond Hottie who tells her that his name is Wulf. He’s even taller than Rae, probably six feet-four, with a strong jaw and dark sapphire blue eyes, and an athlete’s build.
If you had three weeks of college freedom left before you went home to your fundamentalist family, what would you do?
Rae shoves The Blond Hottie up against a wall in dark bedroom, and then all Hell does break loose.
This Complete Boxed Set of Billionaires in Disguise: Rae contains all nine original episodes.

Goodreads / Amazon / Barnes & Noble
**Only $0.99 for one week only!**
EXCERPT
The Blond Hottie’s hand dropped down to the small of Rae’s back and pressed, tilting her pelvis in toward his. She let him.
She let him. She was just letting things happen again. Just like falling into her major and flunking out of school, she was drifting instead of making decisions.
Being seduced was letting things happen to her, not doing things.
The Blond Hottie nodded toward the couple, who were leaning on the wall, spent. He whispered, “Would you ever do something like that?”
Rae was going back to dust-choked Pirtleville in three and half weeks.
Three and half stupid weeks.
Screwing The Blond Hottie against a wall would be doing something.
“Yeah,” she said, “but not out here.” She had seen couples slip through a door and then emerge later, disheveled, but hadn’t really made the connection. “Back there.”
The Blond Hottie smiled again, and this time, the toothiness verged on wolfiness. “You want to be against a wall?”
“No.” Rae tossed her head and looked straight into his deep blue, hungry eyes. “You’re going to be the one against the wall.”