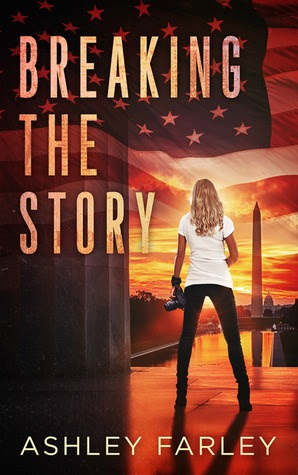 
Passion, peril, and a scandal that will rock American politics.
Scottie Darden’s life is a disaster. Her marriage has become toxic, and her career as a photojournalist has stalled out. To attract the attention of the main players in the news industry, she needs a standout story with a unique perspective. What she finds is a scandal that could turn the 2016 presidential election upside down. But before she can release her damaging images to the media, Scottie must uncover the truth behind the photographs. She turns to handsome mystery man Guy Jordan for help. When they join the campaign trail in search of answers, their investigation quickly becomes deadly.
Hop on board for a wild ride of adventure where desire ignites, lives are threatened, and secrets are revealed.

EXCERPT
Her cell phone lit up on the seat beside her, and Brad’s name appeared across the screen. She reached for the phone and powered it off. The next time she communicated with him would be through an attorney.
Scottie contemplated her options for a place to spend the night. Already approaching the fifty-mile mark, she couldn’t drive much farther on her spare tire. Her best friend, Anna, had been avoiding her since Christmas, since Scottie had inadvertently placed Anna’s husband in danger of losing his medical license. The rest of her friends would undoubtedly be spending quiet weekends at home, nursing their babies and making love to their husbands. She could drive to Church Hill to her brother’s house, where she knew she’d find a sympathetic shoulder to cry on. But Will would want all the details, and she wasn’t ready to give voice to her drama. Tonight, she needed time alone to think. Tonight, she needed to drink tequila.
She took a right-hand turn onto the Boulevard, drove one block, and then turned left onto Franklin Street. She parked under the portico in front of the Jefferson Hotel, handed her key to the valet, and went inside to the front desk. After booking the cheapest room available, she wheeled her suitcase around the corner and rode the elevator to the third floor. The consolation prize to having the smallest room in the most luxurious hotel in the city was the stunning view overlooking downtown Richmond. 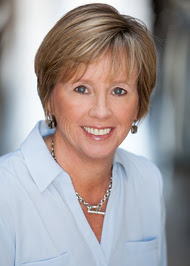 Ashley Farley is a wife and mother of two college-aged children. She grew up in the salty marshes of South Carolina, but now lives in Richmond, Virginia, a city she loves for its history and traditions.
After her brother died in 1999 of an accidental overdose, she turned to writing as a way of releasing her pent-up emotions. She wrote SAVING BEN in honor of Neal, the boy she worshipped, the man she could not save. SAVING BEN is not a memoir, but a story about the special bond between siblings.
HER SISTER'S SHOES—June 2015—is a women's novel that proves the healing power of family.
Merry Mary—October 2015—a holiday novella, a young woman longing for a child stumbles upon a Christmas miracle.
BREAKING THE STORY is scheduled for release on March 17, 2016. A romantic political suspense. Passion. Peril. And a scandal that will rock American politics.