At just twenty-four years old, Carey Madigan was made a widow—by the Russian Mafiya…


Years after her husband’s murder, Carey relocated from Russia back to U.S., where she works as an assistant curator for a prestigious museum. Her past seemingly left behind, she no longer looks over her shoulder or jumps at shadows. That is, until her boss is murdered—by the Russian Mafiya.
Carey’s past comes back to haunt her…
When the police discover the nature of her husband’s untimely demise, Carey becomes the prime suspect. But worse, the Mafiya is again pursuing her, and now that she’s seen their faces, they’re out to silence her for good. Frightened, she turns to an old friend—CIA agent Elena Gates.
Dmitry Ivanov is a tech legend in the hacker underworld…
Russian born and raised, Dmitry uses his skills to help the CIA. Filling in for his sister Elena, he is intrigued when Carey walks through the door. When he sees her reluctance, he realizes he has to win her trust before he can help her. And if anyone has a chance of clearing her name, uncovering the motives behind her boss’ murder, and protecting her from the men determined to end her life, it's him.
Together, Dmitry and Carey uncover a trail that leads them to the discovery of a priceless artifact. Now they must fight to keep it—and themselves—out of harm’s way, and convince the authorities Carey is not a cold-blooded killer.
When the Mafiya is out for blood...No law will keep them safe. 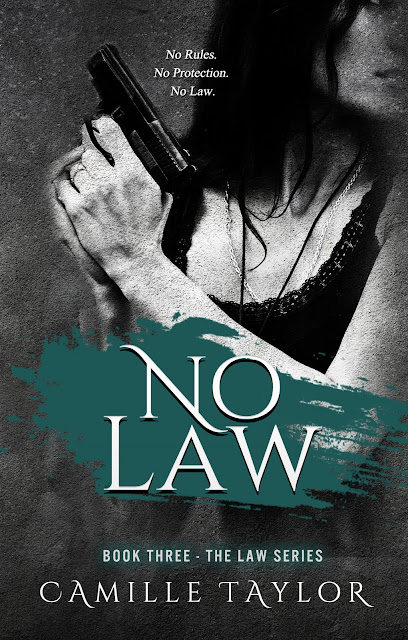 Carey plopped her purse down on Dmitry’s kitchen counter as if she’d always done so and carried her overnight tote into the open living area. She stopped short and took in the wall of computers and expensive equipment.
“Holy crap,” she whispered, moving over to the station. She was no expert, but what she saw looked like state of the art systems.
“What exactly do you do at the CIA?” she asked. Without waiting for an answer, she continued, “I’m almost afraid to know. It looks like a space shuttle in here. I have an overwhelming desire to say, ‘Houston, we have a problem.’” She giggled and shook her head at her silliness. Even to her own ears her voice was a pitch too high, probably just short of hysteria.
Without warning, Dmitry drew her to him, holding her close. She closed her eyes at the sensation of being enveloped in his arms. Immediately, she began to feel lighter. It was amazing how much better she felt knowing she was no longer in this fight alone. That she had help and maybe she would get out on top, alive, and free of all charges. She breathed in his scent and her stomach fluttered. She could get used to this.
“I’m fine. Really.”
“Lean on me, Carey. I can take it.”
She sighed, melting into his body, her head burrowing against his hard chest. Listening to the steady thump of his heart, she took the comfort he was offering, soaking it up. Goodness, he was solid. All muscle and male perfection. He smelled delicious too.
How had she ever believed this man to be affiliated with the mob? He was as steady as they came, kind and caring. He’d been nothing but nice to her despite her obvious reservations back in Elena’s office.
“Thank you. I appreciate all your help.”
Dmitry’s arms tightened around her and he rested his cheek against the top of her head. “What are friends for?”
“We’ve only known each other for a few hours.”
“Sometimes that’s all it takes.”
Something inside her shifted. “Well, thank you anyway. It’s nice not to be alone.”
“I know how you feel.”
Pressed against him, she felt every inch of his body. Her knees buckled as she imagined him naked. Thankfully, Dmitry’s arms around her waist kept her standing. She was much too dependent on him but right at that moment she didn’t care. She allowed herself to enjoy the comfort he provided. His skin, like hers was pale. A hereditary gift. That and lack of sunlight. Something they had in common. They both seemed to hide away from the world. He with his computers, she with her job. Despite that, she felt the defined pectoral beneath her cheek and knew there would be some abs lower. If only she was game enough to run her hand over his abdomen and confirm her suspicions. Her clothes had become cumbersome, her nipples pebbling as desire zinged through her blood stream.
She pulled back, hoping her flushed face didn’t give her away. She rubbed the back of her neck with her hand. A yawn surprised her and her jaw cracked from the intensity.
“Sorry.”
“You’re exhausted. I’m amazed you’re still standing. Come on.” He took her hand and led her down a short hall and stopped outside an open doorway that revealed a basic bedroom, with a queen sized bed covered with a plain black comforter, a four drawer bureau and two side tables, one with a lamp, the other a clock radio. To her, it was heavenly.
“It isn’t much.”
“It’s fine. Thank you.”
“The bathroom is across the hall. Don’t fall asleep. If you’re not out in twenty I’m coming in after you,” he warned.
An image burst into her mind. Naked skin. Entwined limbs. Soapy suds sliding down an alabaster chest.
She’d never had an instant response to a man before, not even her husband. She trusted Dmitry, felt attracted to him. It was crazy and scary. She’d only known him a few hours but as he’d said earlier, sometimes that’s all it took.
She resisted the urge to invite him into the shower with her, even though it was out of character for her, and Dmitry left. She took a shaky breath as he shut the door behind her. His presence was seriously detrimental to her mental health. She didn’t need this right now.
Or did she?
Only the other night she’d been thinking how nice it would be to have strong arms wrapped around her, providing comfort. She still felt the aftereffects of being so close to Dmitry. Was it simply attraction, a need not to be alone, or could it be the beginning of something more?
Forgetting about Dmitry for the moment, she looked within herself. Would her heart allow her to fall in love? Lust, yes. But love?
A cold sensation gripped her heart and squeezed. She wasn’t sure that was possible. She was terrified of letting another get close, and it was one of the reasons she hadn’t dated in all these years. Guilt for the hand she had in her husband’s death was one. That, and she didn’t believe she deserved a second chance at happiness. She might be in lust with Dmitry, but she could never love him. Even if he was so inclined to give it a try, there could be nothing between them.
She wasn’t about to start something that would end in heartbreak for either of them. Resolved, yet feeling shattered, cold and teary-eyed she crossed the hall to the bathroom. It was better if she didn’t give in to her desire to taste Dmitry and know what it felt like to lay beneath him. That was the safest course and she was always cautious. 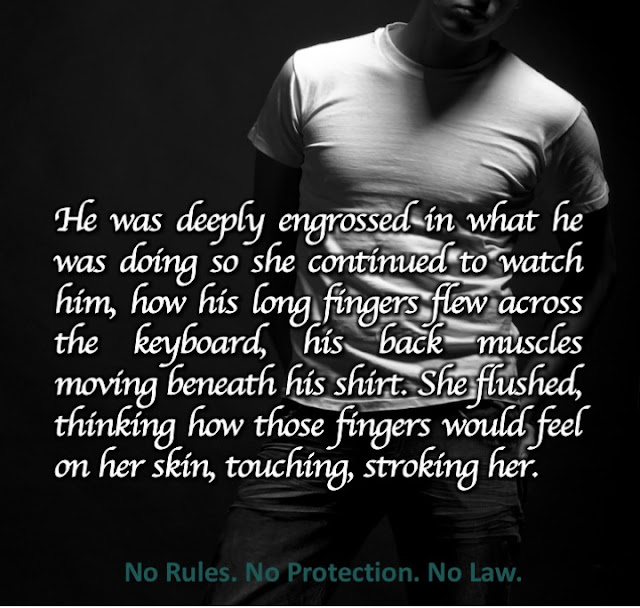 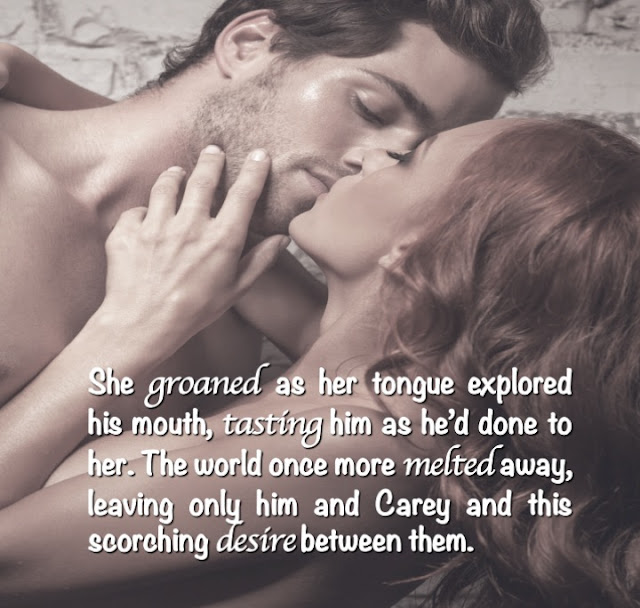 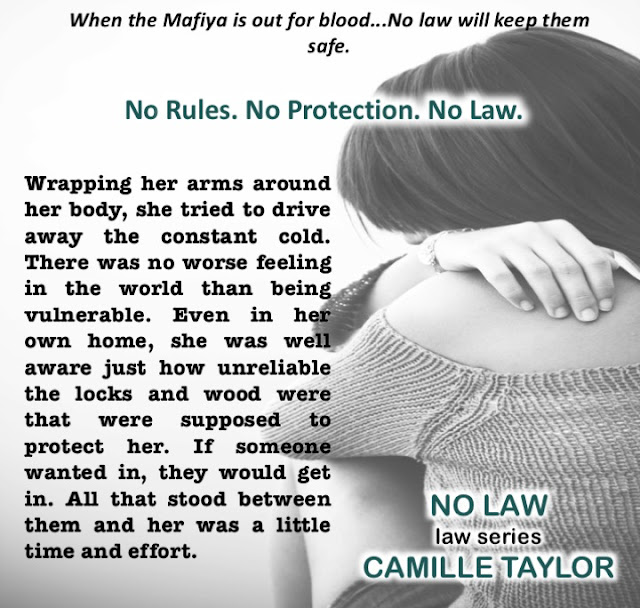 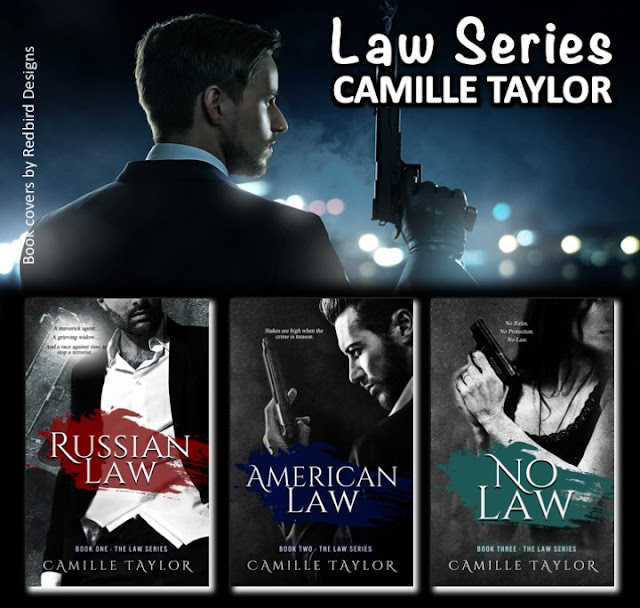 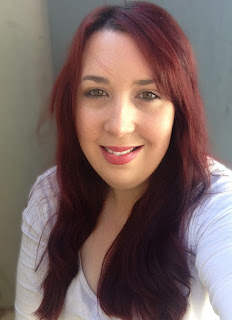 Camille Taylor is an Australian author who resides in the Nation’s Capital with her small dog. She was the typical 90’s kid and was raised on Goosebumps, Roald Dahl and Paul Jennings. In her teens she began reading the Queen of Crime, Agatha Christie and in later years found Christine Feehan, Janet Evanovich and Julie Garwood. She started writing at sixteen and enjoys spending time with her family, doting on her nieces and nephews, writing the many stories floating about her head and working on her genealogy where she can trace her heritage to England, Scotland, Ireland and Russia. Her other interests include, anything creative—such as scrapbooking and drawing and has travelled across Western Europe, New Zealand and the UAE, after spending a year living in London. She’s also dabbled in tae kwon do. 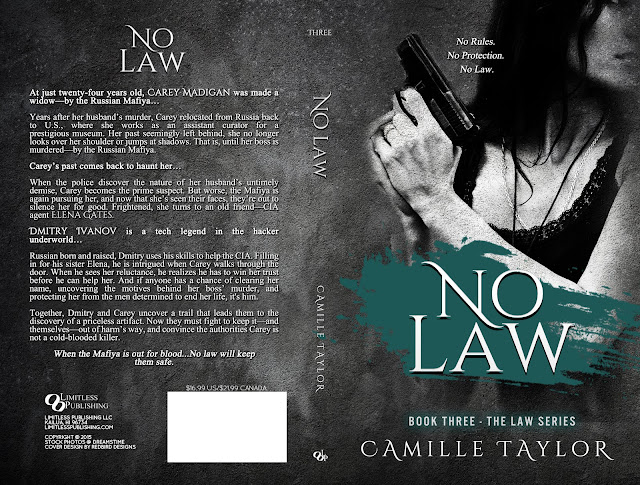