Review: The Near Deaths Series by Holly M. Campbell 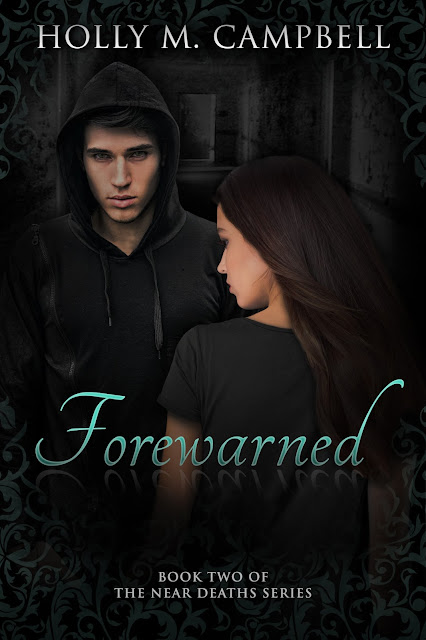 Death is not finished with her…

With a little help from her death-seeing boyfriend, Lance Hampton, Hope Murdoch has already defeated fate once. Doing it again—and stopping a serial killer in the making—shouldn’t be too hard…except she hasn’t healed from her last brush with the psychopath, Lance is struggling with his personal demons, and she’s grounded. Tracking down a murderer is not easy when you’re basically under house arrest.

Yet, the seventeen-year-old mind reader isn’t about to let those trifling obstacles slow her down. So what if she has to lie to her parents and sneak out of the house to catch him? She is not the only one in danger.

Once again, Hope is faced with the burden of choosing between saving her own life and the victims starring in Lance’s visions. Getting past her parents’ house alarm is a walk in the dark compared with trying to get a murderer behind bars…or in the ground. With only a few clues to piece together, every path looks like a dead end—literally.
This time, the cost of changing her future may be too much to bear.


Add it to your Goodreads TBR List!
ADD IT!


Forewarned was even more terrifying and compelling than Foreshadowed. Not only did Hope and Lance have to figure out who the crazed serial killer was, and in time to stop her murder as well as many others, but they had to deal with being normal teens; with overprotective parents (So refreshing to see this in a YA novel), the self-doubt and heartache that comes with first love, and having to deal with pesky rumors that made the good guy/hero seem like the villain.


I have to admit, I missed Lance during the time that Hope was forbidden to see him. It felt like a piece of my heart was missing. Nothing was going to stop Hope from seeing him though, especially after her chance encounter with the perp at One Stop. The clock was ticking, and there was no time to waste.


I felt that in this book Hope struggled so much more with her gift. She had to lie to parents, which tore her apart, and she wasn’t able to give the cops everything she knew about the killer for fear that (a) they’d think she was crazy, and (b) her testimony wouldn’t be strong enough to catch and keep the killer behind bars. She also battled with all the choices that were presented to her in her dreams. They were cryptic to say the least, but one thing she knew for certain was that following her instincts was not the way to go.


I was on the edge of my seat the entire time while reading this novel. This identity of the killer drove me insane, especially at the moments when Hope was able to connect with his thoughts and read his mind. He was one sick individual. Hope’s desperation, once again, made her reckless, and even though she believed she was making the right choices based on her guide’s warnings, her decisions shaped the outcome of this story. It was a devastating twist that left me in tears and gasping for breath.


One thing I’ve learnt from this story is that every choice we make comes with consequences; every decision alters, not only, our future but the future of those around us.


This book was dark and sinister. Filled with suspense and heartache, it was a fantastic, spine-chilling thriller that held me in its clutches until the very end.

SEE WHERE IT ALL BEGAN 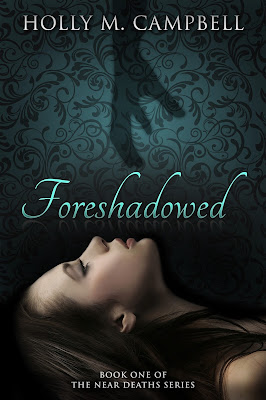 Hope Murdoch was born dead. She took a breath two minutes later and now is an almost-normal sixteen-year-old. Normal: a hopeless crush on the boy next door, a negative body image, and a (mis)diagnosis of ADHD. Not-so-normal: an exhausting and distracting ability to read minds. High school is hard enough without hearing what everyone really thinks of you.

Lance Hampton used to be normal until a car accident killed him and his parents. Paramedics brought him back to a life he doesn’t want: orphaned, uprooted, living with his uncle, and suddenly able to see how people die. At his new school, he tries to keep to himself. Seeing how complete strangers die is torture enough, let alone friends.

At first glance, Hope doesn’t think much of Lance (though a lot of the other girls do). He looks like the typical bad boy. No thank-you…but then she meets his eyes and everything goes dark. She hears labored breathing. Rapid footsteps. And then a thud as someone falls to the ground. Inside Lance’s head, Hope just witnessed a vision of murder…her own.

Together, Hope and Lance try to catch a killer before he’s red-handed. A killer who could be anywhere. Anyone. Sure Hope can read minds and Lance can see death, but they still can’t see in the dark.


This book has it all. Sweet romance, teen angst, thrilling suspense, and even a touch of paranormal, with Hope and Lance’s abilities – that are more of a curse than a gift.


Campbell has created characters who are fun and sassy, but also tortured. They’re relatable and I really enjoyed every second in their company. So often, teen characters grate on my nerves because they’re quite obnoxious, but Hope and her friends were all really great characters. Well-rounded, grounded (for the most part) individuals, and it was nice to have parents who were genuinely interested in their children’s lives—L ance being the only exception.


Hope’s ability to read minds was interesting and I liked the spin that was put on her gift, with the fact that it took quite a bit of practice to discern whose thoughts belonged to whom. As for Lance’s gift, no wonder the poor guy was in so much turmoil all the time. I’m not sure if I could have lived with seeing how people die, and it must have been torture for him to have to witness the deaths of those he was closest to.


This story was well-developed, flowing right off the pages in an exciting race to stop a murderer, as well as trying to save others in the process. The biggest mystery was where and when would Hope’s life come to an end. The terror that overwhelmed her also fueled her need to live, at times making her reckless.


The thing I really love about this type of story is that I get to play detective. I’m always looking for clues, no matter how small, but with Hope’s death I was kept in the dark (no pun intended) for most of the story, until the moment when everything clicked into place and I had an a-ha moment. As she fought to stay alive, to prevent the vision she’d seen in Lance’s mind, so my pulse raced. It was thrilling. She may have changed her fate, but clearly it wasn’t going to be as easy as stopping her death this one time around. The final moments of the book proved just that, and I cannot wait to jump right into the next book to see if Hope will be able to escape death’s clutches once again. 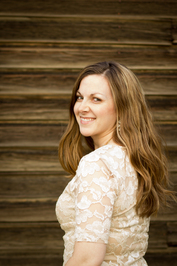 Holly M. Campbell started writing at a young age. She enjoyed sharing her stories with friends and family and by the time she started middle school, knew she wanted to be an author.

She studied Creative Writing and Modern Dance at Brigham Young University-Idaho. Along with attending class, doing homework, and studying, she stayed busy with rehearsals and performances for Contemporary Dance Theatre. In 2004, she toured Central America as part of the school’s Dance Alliance. The following year, she toured the Eastern United States. She graduated with a Bachelor’s degree in 2006.

About two years later, Holly met Chris Campbell, who taught her how to swing dance. After he lifted her high over his head with apparent ease, she fell head-over-heels (not literally). They married in May of 2008 and currently live in Washington State with their two little girls.