Welcome Back to The Grid Jess William Bailey has a history of being a very bad man. But that was the past—now he’s the most brutal of the bad-asses as leader of the Wires—the toughest and deadliest warriors on The Grid. He makes no excuses, feels no guilt for what he has to do and keeps both at bay with women, drink and violence. But his time is quickly running out and Jess has a solitary goal to make sure he leaves at least one good thing behind—his daughter, Sophia. A child that has been raised by the woman he still loves, Emma and the man that used to be the former dark-side of his split personality, Reno Sundown. The last thing Jess has time for with his collapsing time frame is the beautiful, tough San Fran police detective, Beth Daniels getting in his way. Beth has always been the one to handle everything that came her family’s way and all she has left is her mother who isn’t able to take life’s hard hits. Beth has worked obsessively in the police department to become one of the toughest detectives with a high crime solution rate. But there’s a serial killer in San Francisco and the city’s women are the targets for the cold-hearted murders. She thought she found the psycho doing the deed. But Jess William Bailey is a whole different brand of killer—one she’s told to stay away from. Which she would be glad to do—if somehow she could. The Cowboy is totally country. The Cop is completely rock-n-roll. Can their two very different beats combine to form a heartbeat of a lasting kind? And can it survive when Hell wants to kill the song? From best-selling author Jas T. Ward, comes the newest Story from the Grid of the Shadow-Keepers Series: COWBOY 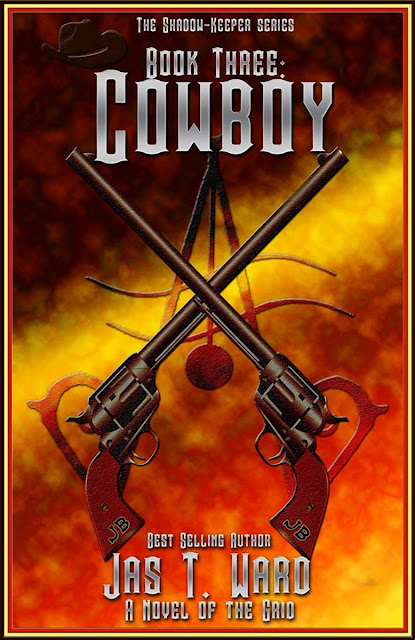 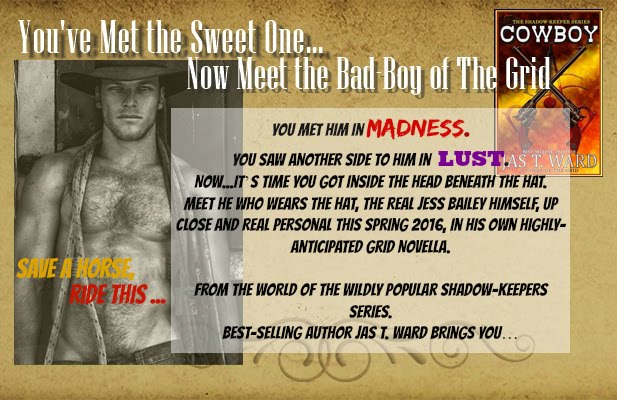 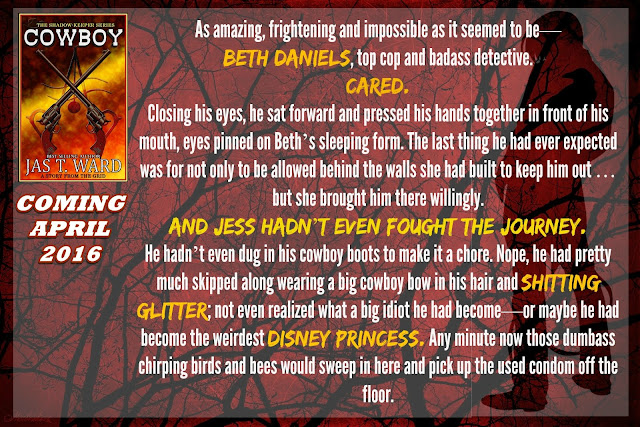 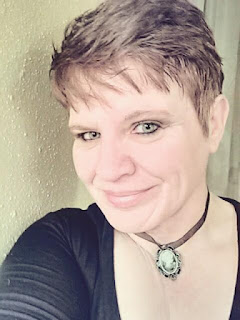 "I am the product of several realities making the whole: a troubled childhood, domestic violence survivor, homeless person, single mother and a suicide survivor. But in every single one of those realities, one thing remained true - my imagination.

Reading and writing were always my escape. It helped me deal with the harshness of my existence at the time and made me grateful for the escapism books gave me. Now, as a writer, I seek to give that gift back to someone that may need the same haven that saved my soul and my creativity as I once had."
Born and raised in Texas and spending time living in Kentucky, Ms. Ward spends her days and nights writing as therapy to handle the past. She is the proud parent of three very independent grown children and grandmother to three delightful grandchildren.
She has two furbabies that sit and ponder why their human is talking to herself late into the night as she writes out colorful and diverse if not twisted characters and tales.
Ms. Ward is founding author and published by Dead Bound Publishing. 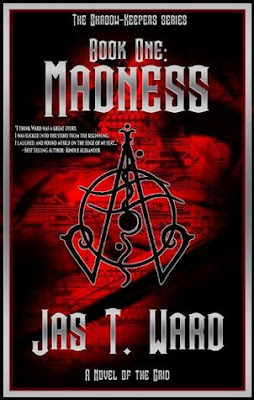 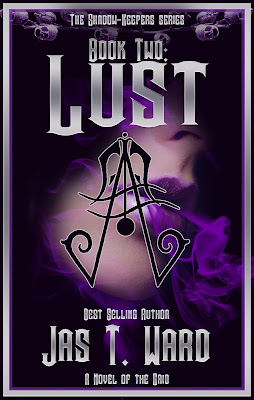