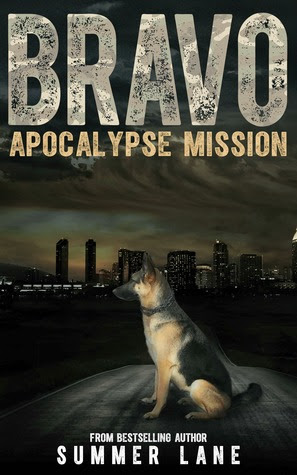 Goodreads / Amazon
GUEST POST
Think Like A Dog
By Summer Lane
The most interesting part of writing Bravo: Apocalypse Mission was being able to look at the apocalypse through the eyes of a dog. What does he see? What does he care about? How does he survive, and more importantly, how does he deal with loss?
I’ve always loved dogs, so it was a great treat to be able to write this story. I had the idea a little over a year ago. Bravo himself was inspired by an offhand comment from a child who had read my books and exclaimed, “You should write about a dog in the apocalypse!” From that comment, I immediately pictured Bravo in my head. And thus he was born! First as a sidekick in The Zero Trilogy, and now as the star of his very own story. I had always wanted to write a story about a dog, and this was my chance.
I think the most challenging thing about getting into the head of a dog is realizing that 1) dogs don’t necessarily have a reason for everything they do. They simply do it because they are creatures of instinct. And 2) a dog can be just as emotional as people when it comes to losing a friend or handler. I had to find a balance between instinct and emotion when it came to writing Bravo’s adventure, and I think I was able to locate the sweet spot and make it work!

Who is Summer Lane? 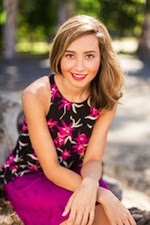 Summer Lane is the #1 bestselling author of 12 thrilling books, including the phenomenal bestselling Collapse Series, Zero Trilogy and Collapse: The Illustrated Guide. Her newest series, The Bravo Saga, is releasing April 22nd, 2016, and is hotly anticipated in the reading community.
Bravo: Apocalypse Mission is the first installment of the Bravo Saga. It follows the story of a military working dog named Bravo who is separated from his beloved handler when the apocalypse strikes. It is a poignant and thrilling tale of love, loyalty and survival.
Summer also owns WB Publishing and Writing Belle, an online magazine where she has interviewed and worked with countless authors from around the globe.