Review: The Worst of Me by Lisa J Hobman 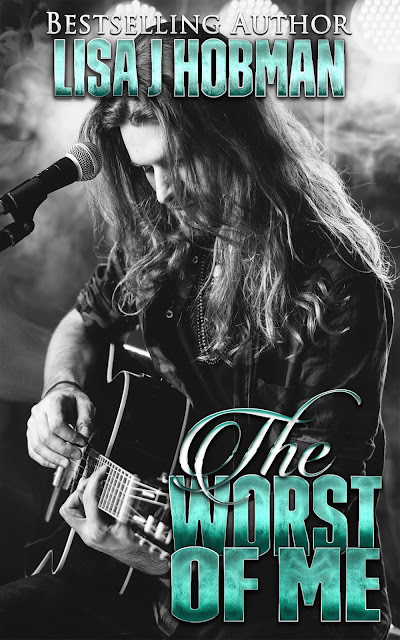 The Worst of Me
Lisa J Hobman
REVIEW
This story was an emotional read that captured my heart and kept me enthralled throughout. Cat was a spitfire. I loved her feisty nature, and the fact that she didn’t fall at Nick’s feet because he was some rock god. Nick, although he seemed like your typical rock star, was actually a down to earth, sweet guy. My heart went out to him as he suffered the crippling anxiety that could have very easily have broken him completely. Although it was a terrible experience, it led him on the journey that saw him find the real him again, and along with it he found a love that was spectacular to see grow into something lasting and true.
There was bound to be some drama, though, and I had a sneaky suspicion that Cam was the one who’d stir up trouble. I just had to hold on to hope that Nick and Cat would find their way back to each other, and that they’d beat the odds.
Romantic, funny, and heartrending, this book was a great read. 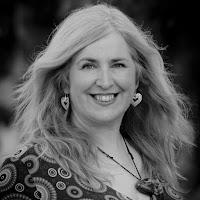 The Worst of Me is Lisa's first step into the world of self publishing and she is incredibly excited about the challenge ahead. 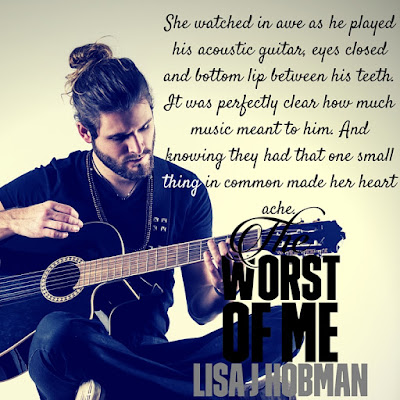 Email ThisBlogThis!Share to TwitterShare to FacebookShare to Pinterest
Labels: Lisa J Hobman, Review, The Worst of Me