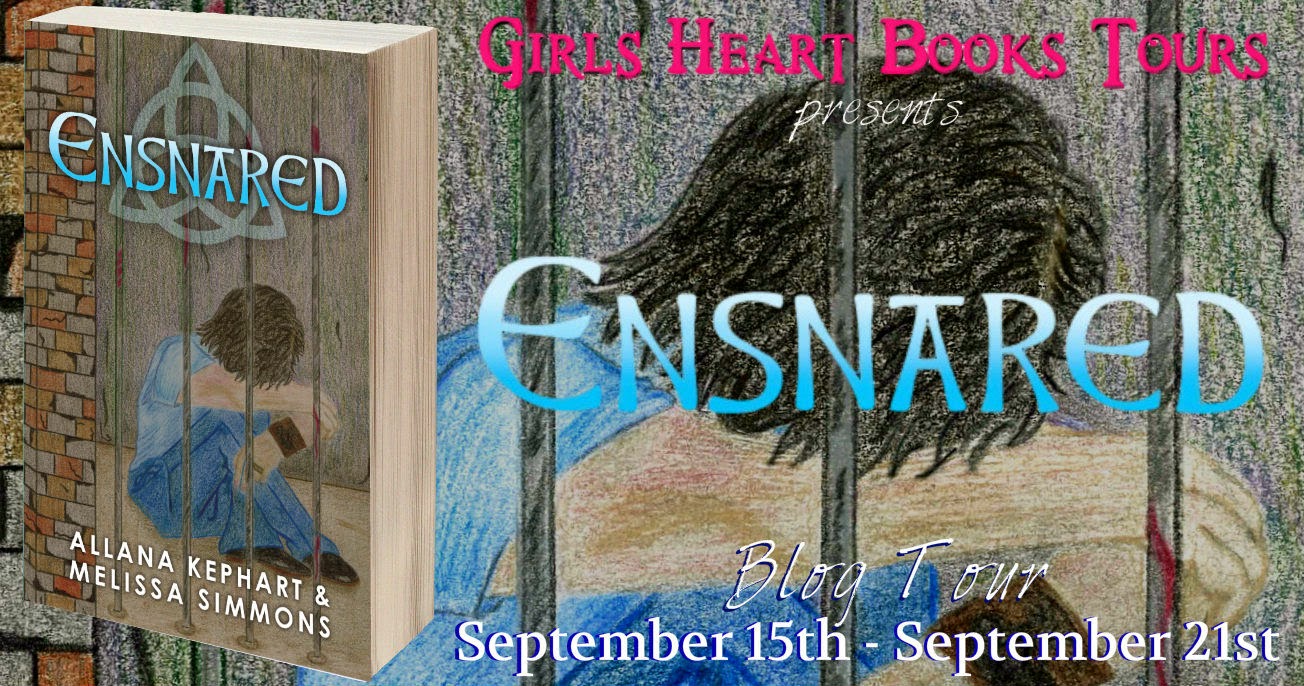 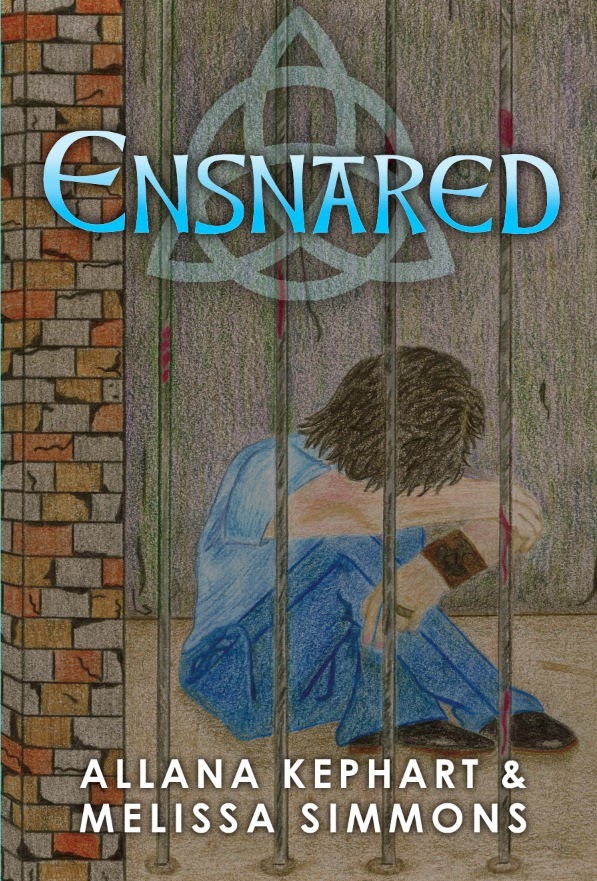 Patrick and Maeve Dolan left the safety of their New York human settlement on a sultry summer night and never returned. Ambushed by the Winter Court guards during their search for information on how to free humanity from faery rule, they are now ensnared in the Winter King Landric’s web, and he has some questions of his own.

The Winter King is curious about the way the Dolans run their city. In a surprising turn of events, he’s determined to learn all about their 16-year-old son, Eirnin. Landric separates the couple, threatens and tortures to the best of his ability, but the Dolans won’t give up the information he’s after.

Murphy, one of King Landric’s guards has been a ward of the Winter Court for as long as he can remember. Trained from childhood to be as quiet and obedient as possible, he’s always been the perfect servant. At least, until Princess Lumi strolled into his life and made him question everything he believes in.

When the princess vanishes without a trace in the middle of the night, Landric is determined Patrick’s people had something to do with it. Without the only connection to kindness and humanity they had, Murphy and Patrick both find themselves falling into very different kinds of insanity.

Will Murphy follow his heart just this once, choose his own side and find Lumi? Will Patrick’s hope dwindle before he can escape and save his family? Or will their unyielding resistance be the death of them all?


I wake up in phases. There is a drip somewhere and I hear the steady plink as water makes contact with a puddle already in existence. The air is hot and wet, a physical presence against my skin, and I feel as though I’m dragging each breath in through a hot, wet towel. Every breath is agony, and I can tell I have at least two broken ribs. I hear what sounds like the scurrying of rodents and shudder, then bite my lip to hold in a groan of pain at the movement. I feel something wet on my face and probe the aching flesh around my mouth. When I force my eyes open, I see my hand is spotted with blood. My vision is blurry and I blink a few times, but it does no good. I look around carefully, trying to keep a sudden bout of nausea at bay. I turn my head slowly to take in the area where I’m being held and pain blazes to life in my temples. I feel panic start to pound through my veins in time with my heartbeat as I realize with horror that my wife is nowhere in sight.


Patrick Dolan
Human- Resistance Leader based in what used to be NYC. He is the husband of Maeve, father of Fianna & Eirnin.
Physical Description: 6’4” tall, broad shoulders, trim and muscular. Black hair that he usually keeps above his shirt collar and blue eyes.

This is a breakdown, chapter-by-chapter of the perfect soundtrack to Ensnared.
Chapter 1- “In the End’ by Linkin Park-
Chapter 2- “Bodies” by Drowning Pool-
Chapter 3- “Eden” by Sara Bareilles- “Rolled a lucky pair of dice, ended up paradise Landed on a snake's eyes, took a bite and ended up bleeding…No way to make the pain play fair It doesn't disappear just because you say it isn't there”
Chapter 4- “Cuts” by Jann Arden- “Cause I am lost And I am used And I am desperately a wreck here without you I am deaf, too tired to sleep Oh I am horribly alone and incomplete”
Chapter 5- “Fight” by The Cure- “So when the hurting starts And when the nightmares begin Remember you can fill up the sky You don't have to give in You don't have to give in Never give in”
Chapter 6- “You Give Me Something” by James Morrison- “You give me something That makes me scared alright This could be nothing But I'm willing to give it a try Please give me something Because someday I might know my heart”
Chapter 7- “Brave” by Sara Bareilles- “Say what you want to say And let the words fall out Honestly, I wanna see you be brave”
Chapter 8- “Losing Your Memory” by Ryan Star- “The damage is done, The police are coming Too slow now, I would have died, I would have loved you All my life”
Chapter 9- “Going in Blind” by P.O.D. - “Time after time, I walk the fine line Something keeps bringing me back And time after time, I can't see the signs I don't know which way I need to go”
Chapter 10- “Losing My Religion” by R.E.M. “Every whisper Of every waking hour I'm choosing my confessions Trying to keep an eye on you Like a hurt, lost and blinded fool, fool Oh no, I've said too much I've said enough Consider this Consider this, the hint of the century Consider this, the slip That brought me to my knees, failed”
Chapter 11- “Goodbye for Now” by P.O.D. - “I can still see the light at the end of the tunnel shine through the dark times even when I lose my mind But it feels like no one in the world is listening and I can't ever seem to make the right decisions”
Chapter 12- “Welcome to the Black Parade” by My Chemical Romance- “I won't explain or say I'm sorry, I'm unashamed, I'm gonna show my scar Give a cheer for all the broken Listen here, because it's who we are”

I was thrilled to get an inside look at the happenings inside the Winter Court, and to see what really happened to Patrick and Maeve Dolan at the time of their disappearance. It's always exciting to read a story that flows alongside another, and to see how the two are interwoven to create one complete tale, seen from all sides.

I enjoyed getting to know Lumi in Uprising and it was great to see firsthand how things were for her in her own home, no matter how heart breaking they were. She's sweet and quirky, with an innocent quality that immediately drew me in. Her concern and generosity for others was endearing.

I liked that this story was told from Patrick and Murphy's POV. Every moment spent inside Patrick's mind was emotionally wrought with tension, fear, a passion for his family and the need to live, and to keep them safe. My heart broke for him when he had to witness Landric's cruelty to Maeve firsthand, and for each and every second he had to spend locked-up, going insane. At least he had a bit of a reprieve with Lumi around.

I'm mostly intrigued to see what Rhiannon's role is. She was not an active character in this book but she had a huge presence with her complete silence, and the ending has me wanting more. I cannot wait for book 2 in this series, to see where the journey leads the characters from both Uprising and Ensnared. 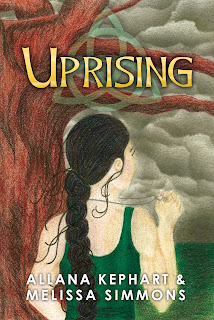 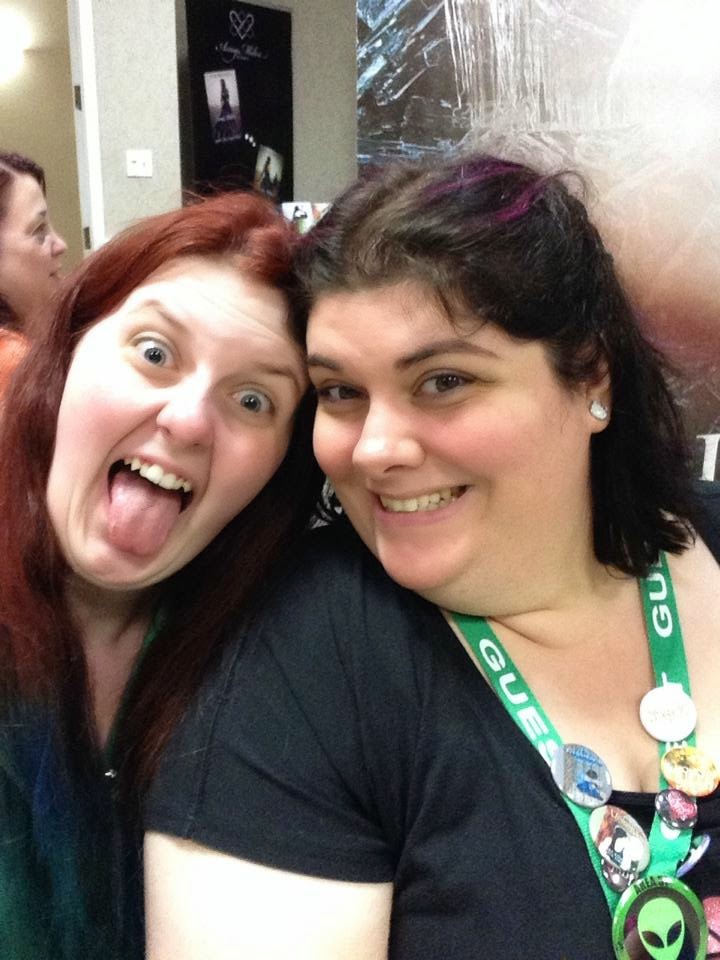 Allana Kephart has been making things up and bending people to her will from a very young age. She loves animals and reading and spends a large amount of time thinking up ways to torment her characters. She shares a brain, a love of coffee and the color purple with her alter ego/best friend/co-author, Melissa Simmons.

Melissa Simmons is an avid reader who married her soul mate and is the proud mother of a spoiled cat. She spends her days helping promote independent authors and doing what the voices in her head tell her to. She shares a brain, a love of coffee and the color purple with her alter ego/best friend/co-author, Allana Kephart.