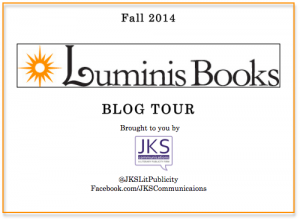 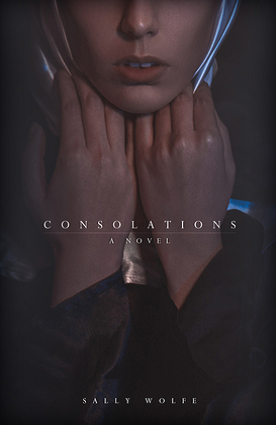 A beautiful and haunting story of forbidden love, “Consolations” portrays a woman's lifelong struggle to reconcile her all-too-human feelings with her quest for the highest spiritual life.

It is 1951 and young Fiona Ingram is full of the fervor of a new convert. Following in the footsteps of her inspiration, Thomas Merton, she abandons a promising academic career and enters Epiphany Monastery, ablaze with the certainty that a life dedicated to seeking God alone is the great adventure – and that it is meant for her.
What she finds there is not what she expects: Rev.

Nathan Woods, a Jesuit and professor of theology who comes to give the annual retreat. When their forbidden affair ends abruptly, Fiona, now Sister Bridget, suffers a split in her soul. Under the guidance of the compassionate abbess, she tries to "reclaim her heart" and her lost fervor. She conforms outwardly as she rises in positions of authority and responsibility in the order, yet she continues to struggle to understand and resolve her relationship with Nathan – all the while carrying on a secret correspondence with him, until she is forced – in a final encounter and spiritual crisis – to dive deep into the still point of her soul and discover the truth.

THE JOURNEY OF CONSOLATIONS
by Sally Wolfe

My novel, “Consolations,” has its roots in the day I came upon an old copy of Thomas Merton’s autobiography, Seven Storey Mountain in 1994. I became enthralled with the story of his conversion, and his decision to give up a promising writing career and enter the Abbey of Gethsemani as a monk.

Merton says that true spiritual journeys are made by night. Mine began with an urge—a call—to make a silent retreat at a monastery on top of, and what felt to me like the edge of the world, the Immaculate Heart Hermitage in Big Sur. The evening I arrived I stood outside my hermitage 1300 feet above the Pacific. A sublime convergence of coastal cliffs, endless purple sea, and a vast orange-gold sky lay before me. Later I wrote in my journal: “The path which is revealing itself could take me anywhere and I realize that wherever it goes, I’m going.”

Within a year, I would leave my corporate marketing job to live in Santa Rita Abbey, a Trappistine monastery, also known as the Cistercian Order of the Strict Observance, the same order that Merton entered in 1941.  There I would learn an ancient sign language in order to observe the continuous monastic silence.  In between baking bread in the morning and taking care of the cloister gardens in the afternoon, I would devote several hours a day to the study and singing of the ancient Cistercian chant that originated in the 11th century.

When I graduated from high school, I had wanted to become a nun. I applied but was told to go to college for a year and then reapply. I never did. After reading Thomas Merton’s autobiography, the idea came to me that maybe it wasn’t too late. Maybe I could still enter. I wasn’t even a practicing Catholic: I considered myself a Buddhist! Would there be a monastery that would even consider accepting someone of my age? I was 46.

It was a ridiculous idea and I dismissed it. But it wouldn’t let me go. What about my son? He was 19 and getting ready to go out in the world. Quit my job? What would my family say? What was I going to do with all my stuff?  Get rid of it? (Eventually I did—everything.) After visiting several monasteries and staying a few days at each (often I extended business trips to do this), I met the abbess who was willing to consider me as a candidate. We talked for hours about Merton. Like many monks and nuns, her entrance (and conversion) was inspired by him.
I petitioned for admittance, a long, complicated process, especially since  I had to get annulment from my previous marriage. Finally the day came and I entered, certain that this was my calling. I spent several wonderful and extremely difficult months there trying to see if this was what I really wanted. After the ‘testing’ period as a postulant, I realized that I wasn’t really prepared to commit the rest of my life and take vows. It was a great loss and disappointment that took me a long time to deal with. Years later, in 2005, I began writing “Consolations,” which allowed me to completely process and appreciate what I had lost—and gained from that amazing experience.
Many people have found spiritual healing and awakening through Merton’s work. He stands unique within the tradition of Catholicism. A mystic and a maverick, he was friends with Zen monks, Sufi masters, and even spent time with the Dali Lama. He crossed traditions (some say united) east and west, Protestant and Catholic, art and spirit. Through the lens of his unique faith and penetrating awareness, I discovered, as many have, the place we are all one, the discovery and experience of “God” that is beyond belief, dogma, form, and ritual, found in the depths of the soul—what Merton termed the “stillpoint.”

Sally Wolfe is a marketing communications consultant for the holistic health community. She edits manuscripts, e-books, courseware and spent two years editing Narrative Magazine. Her serious studies of Thomas Merton's work led her to visit Benedictine and Trappist monasteries across the United States. She lives in Santa Cruz, Calif.