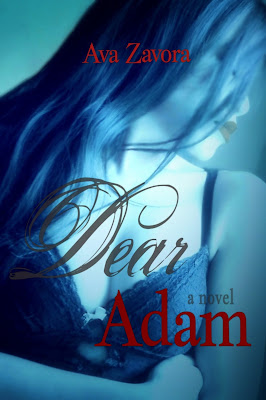 “You’re the more real to me than any man I’ve ever known …”
To book blogger Eden, Adam is the embodiment of every literary fantasy she’s ever had. Intelligent, wickedly funny, sexy, and attentive – he and his fascinating life seem right out of a novel. Their whirlwind relationship is so intense and all consuming that soon she can’t imagine being with anyone else.

But there’s one little thing that’s keeping Adam and Eden from their happily ever after.

They’ve never met. She doesn’t even know what he looks like.

Despite how hard she’s fallen for him and how he makes her feel, Eden’s doubts begin to threaten their passionate love affair. Why is he so mysterious? Why does he seem reluctant to meet her? What is Adam hiding?

Afraid that she’s being made a fool of, Eden is forced to choose between her heart and her head. Is Adam too good to be true, as her common sense is telling her, or is the truth more startling than fiction?

EXCERPT #1
"Eden, no one who knows me would ever believe how we met. Or that I am now a willing slave to our e-mails and Skype talks. You have to understand how strange this is for me. Two weeks ago, if a friend of mine had told me he found a woman online, I wouldn't hesitate telling him to run the other way and not look back."
"But we haven't met," she reminded him. She debated on whether or not to bring up the topic that had lately begun to insinuate itself into her every other thought.
"When," she started to ask hopefully. A definite when, not if. "When do you think we'll be able to meet?"
It worried her that he hadn't asked yet to meet her. Was she not enticing enough? Was she taking the whole thing too seriously? Was he still deciding if she could be trusted? Despite how much time they've spent together, she was starting to doubt herself. Maybe he didn't think she was worth flying halfway across the world.
His reply was swift. "Six months." His tone was firm. This topic was non-negotiable. "At least."
"Six months!" Eden exclaimed.
"I could be there tomorrow," he relented, softening a little. "But I can't leave my business for too long. It's at a critical phase at the moment and I need to be here to make sure nothing gets overlooked. And for our first meeting, I'd want us to have at least a week, maybe two. More importantly, we can’t rush things, Edie."
"I'm not saying tomorrow," Eden said, deflated. "But six months?"
He cautioned against rushing things, but earlier he was hinting of a future together. It was becoming more difficult each day to let him go, no matter how much they e-mailed, no matter how long they talked. Even in the midst of conversation, she would be overwhelmed with an unexpected ache of missing him. His physical absence was a hollow, ever present void.
"We could be really amazing, you and I. But if we are going to do this, I want to do it properly. I want it to last. And that takes time. The best things are worth waiting for. We are worth waiting for. When it’s right," he said in a voice that was unshakably certain, "Name the place. Name the date. Name the hour. And I will fly anywhere in the world to meet you."


EXCERPT #2
“You are pulling back. I knew it. I don’t understand. What have I done?” His anguished voice was barely above a whisper.
Eden sank down to the floor and drew her knees up. She was helpless, falling so fast, falling so hard, she was losing her grip on everything that was substantial in her life.
“Adam, do you know what I realized when I couldn’t reach you tonight? How easily you could disappear from my life if you wanted to. I don’t know where you live. I don’t know how to get a hold of you outside of Skype and e-mail. If you shut those accounts down, then I would have nothing at all. I could pass you on the street and not know it was you!”
“I just missed one phone call. One. And already you’re pushing me away. Eden, I’d do anything, anything to prove to you I’m here to stay. I would never just disappear from your life. Between the two of us, it would be you who would leave me.”
“Do you care for me?”
“My god, you know I do.”
“You would do anything?”
“Yes,” he replied without hesitation.
“So if I asked you right now to send me a picture, to video call – you’d do it?”
There was silence on the other end. Her heart instantly felt leaden.
When he spoke, it was with despair. “If it came to that, I suppose I would have to find a way to do it.”
Eden slumped in defeat. “No, Adam. I would never force you to do it, knowing how much pain it would cause you. I would hate myself if I did that to you.”
She started crying.
“Eden,” he pleaded. “I’ll get a phone number you can call so if you can’t reach me through Skype, you’ll have another way.”
“Get a phone number? What about the number you have now?”
“This number will be yours alone. The others are for business acquaintances, friends. Those who don’t mean as much to me.”
“You have more than one number?”
“I have four.”
“Four? You know who else has multiple phones? Criminals. Drug dealers.”
“It’s not for illegal purposes. I have a phone number for people I only do business with. One for friends and relatives. One for people I don’t want to hear from but I’m forced to be in contact with occasionally. And I still have my UK number. So that makes four. It will be five when I get the one that’s just for you.”
Eden shook her head. “It’s like you’re giving me a temporary number so that if we don’t work out, you can just dispose of it and you won’t lose all your other contacts.”
“That’s not true. I wish I could explain to you better but I can’t. Please understand that it’s for your own good.”
“My own good,” she repeated. She felt drained all of a sudden. “When will we meet, Adam? You’re talking about building a life but we still haven’t made plans to meet. Is it all just a fantasy?”


In Dear Adam, book blogger Eden enters a passionate online relationship with a mysterious Englishman named Adam. Although they eventually talk over the phone, their communication begins with tweets, then progresses to e-mails, chats, and texts, the modern reincarnations of the old-fashioned love letter. Because they communicate this way, Dear Adam can be characterized as an epistolary novel (one written in the form of a series of letters).


Two of my favorite movies of all time are epistolary, involving real letters or e-mails.


Who hasn't seen You've Got Mail, where two rival bookstore owners unknowingly send each other flirtatious e-mails under the Internet monikers of NY152 and shopgirl?


Very different in tone but using the same device in a fantasy framework, Alex and Kate exchange letters and fall in love in The Lake House. Easy right? Wrong. She's writing from 2006, he's writing from 2004. Confession: I burst into tears at the same scene, every time I watch this movie. You know that scene - the one where she's on her knees with one hand on the mailbox post ... just watch it with a box of tissues.


An oldie but goodie is Roxanne, starring Steve Martin as a modern day Cyrano de Bergerac. Beautiful Roxanne receives letters so passionate and persuasive that she falls in love with (and takes to bed) its writer, Chris. Only Chris didn't actually pen the letters ...


I have to mention this one, because I know this is probably the number one most romantic scene of all time for many, many women. Ryan Gosling. 365 letters. 'Nuff said.


Which are your favorite movies or novels featuring letters/e-mails?

• What inspired the idea behind the book?


Sometime last year, I saw the movie Catfish. Then got sucked into the TV show, which is so addictive. And then the whole Manti Te'o cauldron of strangeness. Online relationships seemed to explode onto the mainstream in a space of a few months. The idea of falling in love with someone you've never met just fascinated me.

• What was the most challenging part of writing it?


Editing is the bane of my existence!  But a very important step in the process so I try to do multiple rounds until I am to my limit.  Then do a few more just to be safe.

• Adam and Eden have a passionate love affair, though they have yet to meet. Describe the romance either before or after they do meet.


Even before they meet, Adam and Eden have a very intense chemistry intellectually, emotionally, and even physically. They do everything they can to have the strongest connection possible until they feel closer to each other than with anyone else they've ever met. Do they meet? I will not say ...


Like Adam and Eden, I am a passionate bibliophile. If ever I was to fall in love with a stranger online, striking up a conversation with me about books would be a straight path to my heart!

• Besides writing, what other artistic talents do you have?


Not sure if it's a talent, but I dabble in photography/visual arts.  One night I was tired of editing my manuscript (see question #3, above) so to take a break I decided to make covers for fake books mentioned in Dear Adam. That was the creative jolt I needed and went back to editing refreshed.

• You're stressed. What's the first thing you do or reach for?


CHOCOLATE! (Another thing I have in common with Eden)

• Are you currently writing another book?


I am in the middle of an epic historical fantasy, which is in terrible need of editing. Woe is me.

• What advice would you give aspiring authors?


"Butt in chair" is the best advice I've ever heard. Also related is "Published writers are writers who have learned how to finish." 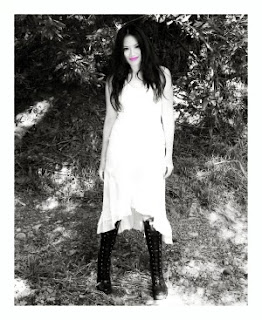 In her childhood, Ava Zavora  used to ride water buffaloes and wade in swamps. When she discovered books, she would go adventuring with Anne of Green Gables, the Pevensies, Bilbo Baggins, or Alanna of Trebond. She incurred her mother's displeasure for reading too many romance novels, so she learned to hide them and read underneath covers with a flashlight late at night. Now, she travels and write dark fairy tales and romantic novels about adventurous women. And she still stays up too late reading, even though she doesn't get in trouble for it anymore.