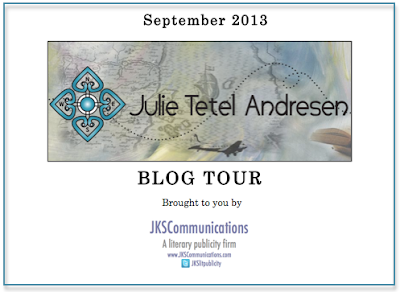 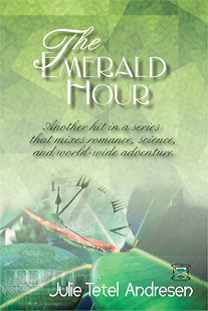 Londoner Theodor West can't quite believe how, much less explain why, the beautiful and free-spirited American botanist, Jordan Charles, is bedeviling him and his high-tech career. But it's clear that if he wants his career back and that if she wants to avert the destruction of the world's rubber forests, they must repair what happened the last time they were together – one hundred years ago in London and Rio.


What readers are saying:

“I felt danger, adventure, romance, empathy, excitement, suspense, and surprise. I was so in touch with the characters that I found myself wanting to scream at them when they were in certain situations. As an avid reader, I am grateful to the author for opening up a new world to me. After years of Clancy, Ludlum, Grisham, King and others, I am excited to explore the world of romantic adventure!” – Reader review, Amazon.com

“Not ‘just’ a time travel, contemporary romance, historical fiction or suspense novel. The mystery, travel and adventure make it exciting, the historical aspects are well-researched and nicely done, the reincarnation aspects make it fascinating, and the romance is integral to the storyline.” – Reader review, Amazon.com

I truly feel like a world class jet-setter after having read all three books in The Timeslip Series. By now I was used to Andersen's play between past and present, and I love her "time travel" take on reincarnation, I just had to wonder how she was going to mix things up in this book to make it different from the others.

Of course, there were new exciting and endearing characters, adventures set in gorgeous, exotic destinations, and the deeply emotional love and romance that make this series so fun to read, but I have to say that I was delighted and pleasantly surprised when the connection between past and present characters was made. The thought never even crossed my mind, and it put a fresh spin on an already unique approach adopted by Andersen.

The writing was smooth and well-paced, however, I did find a bit of the in depth scientific discussions a little boring to read. Perhaps it was because I didn't fully understand some of the jargon, and I will never really know what it feels like to have an intense passion for botany. They almost felt like fillers, and could have been condensed.

I really liked that the characters, having learnt something from their past lives, were able to better understand each other. By the time they figured out who they'd once been, and faced their past emotions, they were able to accept each other more.

Andersen is such a gifted storyteller and I cannot wait to read the next book in this series. I'm already imagining the adventure she's going to send me on and I'm all packed and ready for my travels.

Find out more about The Timeslip Series.

OTHER BOOKS BY JULIE TETEL ANDERSEN

Julie Tetel Andresen’s seemingly disparate writing activities – fiction, non-fiction and essays in foreign languages – all arise from a unified sense of her writing self.

As a professional linguist, she loves language, while as a romance writer she loves the language of love; and when learning a foreign language, she loves nothing more than exploring the limits of her ability to express herself in that language on paper. 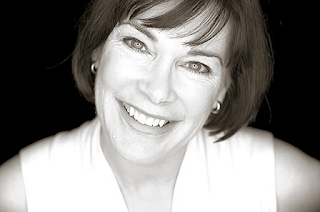 In her academic writing, she has long been devoted to exploring the history of linguistics, and this disciplinary exploration parallels her devotion to writing historical novels. In her most recent academic work “Linguistics and Evolution” (Cambridge 2014), she shows the ways that the history of linguistic theory and practice informs the current state of the discipline, and this sense of the past pressing on the present informs her time-slip series.

Her writing activities have always been entwined temporally. She wrote her first historical “My Lord Roland” while writing her PhD dissertation “Linguistic Crossroads of the Eighteenth Century,” and all her early academic articles were written mostly in French. Twenty novels and dozens of journal articles later, she wrote her Regency novella “French Lessons” while waiting for the 2012 autumn meeting of the Cambridge Press Syndicate to decide to issue her a contract for “Linguistics and Evolution.” At the same time, she happened to be in Ho Chi Minh City learning Vietnamese and happily writing her Vietnamese essays.


She firmly believes that one type of writing strengthens the others. Her historical novels have honed her craft of plotting and sub-plotting, while her time-slip series has given her the Kraft (in the German sense of the word 'power') to handle the long historical arc and multiple characters involved in “Linguistics and Evolution.” Her professional study of language, in turn, makes her sensitive to the vocabulary and rhythms of speech in other places and time periods; while writing in a foreign language – be it French, German, Romanian, or Vietnamese – is to her like the pianist warming up with scales and arpeggios or the yogini trying out a new asana. Can she get her leg behind her head in Romanian?


No? Well, then how about triangle pose? Can she get into full lotus in Vietnamese? Again, no? Let’s see about half-lotus.


Andresen grew up in Glenview, Ill. She holds a bachelor of arts degree from Duke University and a doctorate from the University of North Carolina, Chapel Hill. She has taught at Duke University for the past 20 years where she specializes in linguistics.