Review: By A Thread by R.L. Griffin

Hello, Therians!
I recently had the pleasure of reading, By A Thread, the first book in R.L. Griffin's
By A Thread Series!
Check out my thoughts below :) 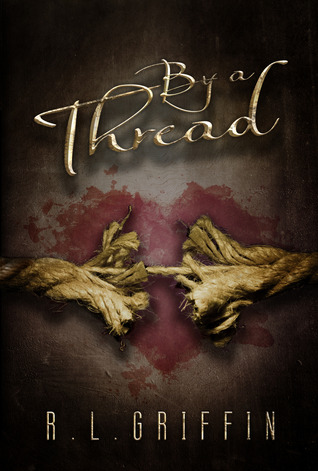 Stella's future was set, and it was a bright one. She was engaged to a man she adored, and was headed to law school in the fall. Tragically, her perfectly planned future ends just as it was beginning.
With no ties to family or friends, Stella finds herself alone in a new city, spiraling out of control. Her typical day comes to a close with her passed out on the floor; sometimes clothed.

Luckily, her new roommate, essentially a stranger, is dead set on getting Stella past her grief and back to functioning within society. Putting one foot in front of the other, she climbs up from the bottom of a bottle. Even with all her progress, Stella walks through life unfeeling, numb. Defiant, she sends out warning signals for the world to keep away. But, is that what she really wants?

With the steadfast help of a few tight knit friends, she gradually begins to feel again. She starts to savor the flavor of food again; lets herself notice how the handsome bartender glances at her. Still, after allowing herself a fling, she wonders if she will ever be able to let go of her shattered past, fully enjoy the present, or get over what she thought would be her perfect future and with the man who destroyed her heart.

I read, Tension, book 2 in this series before reading By A Thread, and I really enjoyed it. So I was excited to receive a copy of By A Thread to see exactly where Stella's downward spiral all began.

Although I pretty much knew what was going to happen in this story it didn't stop me from immersing myself in the lives of Stella, George, Patrick and the rest of the gang. I felt like one of them.

As I said in my review of Tension, George has to be the most patient man in the world, and that really came through in this book. He tried his best to break down the fortress Stella had built around herself, and even though he managed to chip away at her stubbornness to love him, it just felt like with every step he took toward her heart, she'd take two steps away from him. She kind of deserved the heart ache that resulted from her stubborn behavior.

I really enjoyed reading about Stella and Patrick's relationship. There was a lot of tension and anger directed at Patrick in the second book, and even though I knew why, it was great seeing it first hand. Patrick was such a great friend to Stella. Yes, he betrayed her, but I really think his heart was in the right place, for the most part anyway. He did everything in his power to help her take back control on her life, and he was there for her no matter what. Whether he was doing it out of guilt, or whatever, I couldn't dislike him. But I do understand why Stella felt the way she did when all the secrets and lies were revealed.

This story was well paced, and it was great getting to look back into the lives of the characters I loved so much in Tension. It gave me better insight and understanding into how, they had become the people they were. Griffin is a talented writer, who leads her characters through many twists and turns, and I really am excited for this series to continue.

Grab a copy of Tension, the second book in the By A Thread Series! 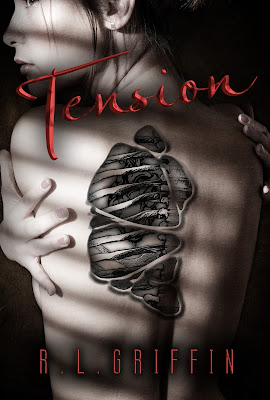 Read my REVIEW of Tension 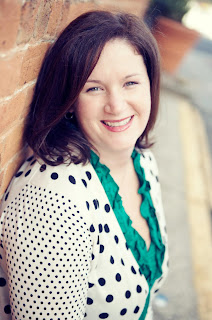