Review: Where They Bury You by Steve Kohlhagen 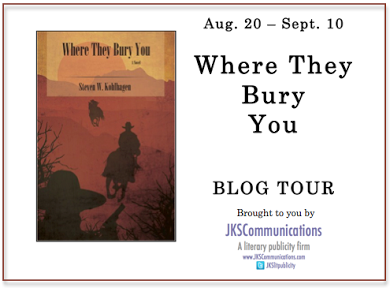 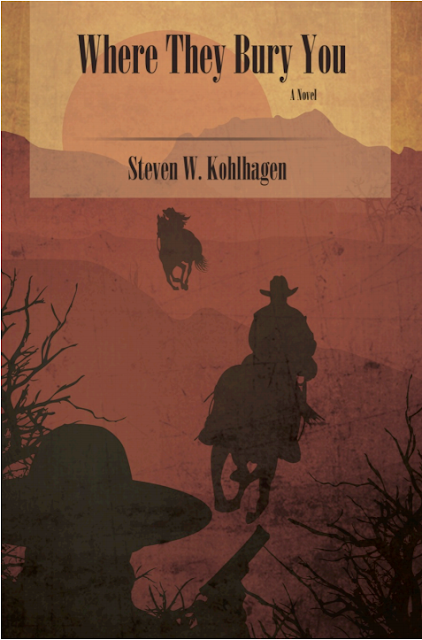 In August 1863, during Kit Carson’s roundup of the Navajo, Santa Fe’s Marshal is found dead in an arroyo near what is now the Hubbel Trading Post. The murder, and the roughly millions of today’s dollars in cash and belongings in his saddlebags, is historically factual. Carson’s actual explanation is implausible.

Who did kill Carson’s “brave and lamented” Major? The answer is revealed in this tale of a group of con artists operating in 1861-1863 in the New Mexico and Arizona Territories. As a matter of historical fact, millions of today’s dollars were embezzled from the Army, the Church, and the New Mexico Territory during this time. In this fictionalized version, the group includes a Santa Fe poker dealer with a checkered past claiming to fall in love with one of her coconspirators, and the historically accurate duo of the Marshal of Santa Fe and the aide de camp of the Territories’ Commanding General. It is an epic tale of murder and mystery, of staggering thefts, of love and deceit.

Both a Western and a Civil War novel, this murder mystery occurs in and among Cochise’s Chiricahua Apache Wars, the Navajo depredations and wars, Indian Agent Kit Carson’s return from retirement, and the Civil War. The story follows the con artists, some historical, some fictional, during their poker games, scams, love affairs, and bank robberies, right into that arroyo deep in Navajo country.

I have always loved Westerns, and  I used to love watching North and South when I was little, so this book was a really exciting read for me. The history of this era has always fascinated me.

Kohlhagen's mix of fact and fiction made the story come alive, making me feel like I was right alongside these amazing historical figures who shaped the future on the United States. My knowledge of the Civil War is not vast, and war is always ugly, but my gosh, the thousands of lives lost within a two year span was just devastating. It seemed like everyone in that time was out to kill someone, and what made it worse was that a lot of the people involved knew each other personally at one time or another, yet they acted like strangers in the face of war.

There were many amazing characters within the pages of this story, and they each had their own battle, or two, to fight, but I never once felt overwhelmed or lost with everything that was going on. I have to say that out of all the characters, Lily was my favorite. She was feisty and knew how to hustle just about everyone around her. She played a great game with those she was in cahoots with, but I also had to admire her loyalty to Damours. She didn't necessarily give a damn about being loyal in a physical sense, but her heart was in the right place, and she was always looking out for him, even when she could have easily kicked him to the curb.
Cummings, for me, was the most loathsome character. He gave me a bad vibe off the bat and my dislike for him grew right to the end of the story. He was spineless, deceitful and a little creepy.

This book is an action-packed, murder mystery adventure, and at times a little chaotic (and I mean that in a good way).
Kohlhagen has masterfully captured history, adding his own twist on factual events, and readers will be totally enthralled.

FROM WALL STREET TO THE WEST

Financial guru Steven W. Kohlhagen turns to his roots in the American West high desert for his first historical fiction novel
‘Where They Bury You’

His new book “Where They Bury You” puts a different spin on what’s found in the history books. Based on actual facts and a very real murder, this Western murder mystery takes place during the Civil War battles in the New Mexico and Arizona Territories. A former Wall Street investment banker who currently sits on several Board of Directors, most recently joining Freddie Mac’s, Kohlhagen’s retired life in the San Juan Mountains gives him a unique perspective on the region about which he writes.

After researching a group of con artists who did, indeed, embezzle millions of today’s dollars, Kohlhagen sheds fictional light on who committed the actual August 18, 1863 murder of Santa Fe’s Provost Marshal deep in Navajo Territory. The novel vividly depicts battles among Cochise’s Chiricahua Apaches, the Navajo and other Southwestern Indian tribes, Kit Carson, the Union Army, volunteers from the western Territories, and the attacking Confederate Rebels from Texas.

“Where They Bury You” is a thrill ride into the old and mysterious ways of the West, to a place and time in history that provides surprises along the way. 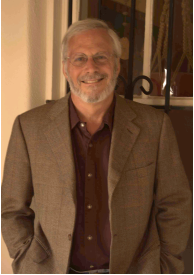 Steve Kohlhagen is a former, now retired, Economics professor at the University of California, Berkeley, are tired Wall Street investment banker, and is on several corporate boards, most recently elected to the board of Freddie Mac. While at Berkeley he authored many economics publications, and he and his wife Gale jointly published the murder mystery “Tiger Found” under their pen name Steven Gale in 2008.
Kohlhagen was inspired to write his latest book “Where They Bury You” after reading Hampton Sides’ “Blood and Thunder,” a non-fiction history of Kit Carson and the West. Sides’ reporting of the factual murder of Marshal Joseph Cummings on August 18, 1863 led Kohlhagen to conduct further research on Carson and Cummings, including at the National Archives. He also pulled from his own knowledge of the West, as the writer divides his time between the New Mexico-Colorado border high in the San Juan Mountains and Charleston, South Carolina.

Email ThisBlogThis!Share to TwitterShare to FacebookShare to Pinterest
Labels: JKS Communications, Press Release, Review, Steve Kohlhagen, Where They Bury You