Hello, Therians!
I'm declaring today - Cover Reveal Day!!
I have another fantastic cover for you all to feast your eyes on!
It's from one of my favorite new series and I'm really looking forward to giving this novella a read :)

The Sisters is a Fantasy Novella from The Reaping Chronicles Series.
It is due to be released in fall 2013. 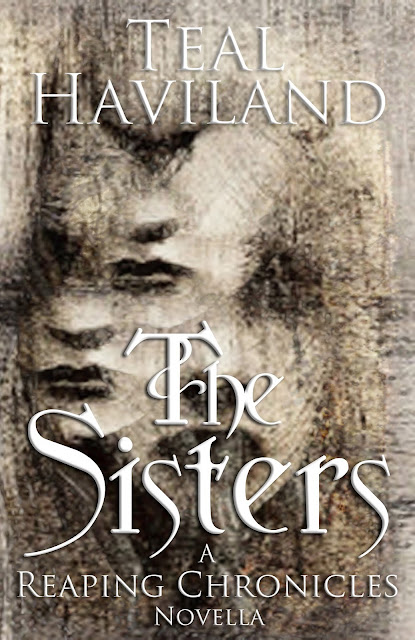 Gabrielle, the Angel of Karma, isn’t happy about a lot of things that have happened since she came to Earth to learn more about humans. She’s especially not happy that the Book of Barabbadon has fallen into her enemy’s hands, that demons are becoming significantly more powerful, and because of the dark changes in Lucas since the attack on him. And her anger is beginning to show.

Her superior and her brethren—even Lucas—thought she was handling everything pretty well until they learn she wants to go after a human trafficker so she can see him face karma. It’s something she does only when compelled to do so because of a human’s particularly good, or, in this case, heinous acts. But their concerns aren’t from her desire to be more involved with her duties, or even because of the human she wants to see reap what he’s sown with her own eyes. It’s because of whom she wants to use to carry out what she has in mind—a trio of demons called the Sisters. They possess troubling powers, thought to still be strengthening, and were locked away by Gabrielle many years ago. Gabrielle, and those who care for her, know the Sisters are more than a little dangerous even for the Angel of Karma—they also know the Sisters will be looking for vengeance of their own. 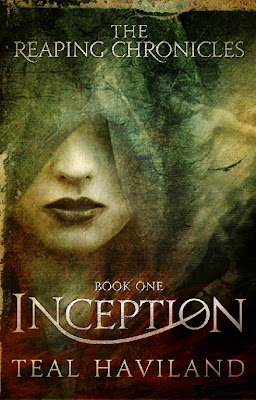 The world is in danger. Mankind is sinking deeper into darkness it cannot understand.
Demons are easily capturing souls as they lead men and women down dangerous paths from which there is no return, while Javan, one of the Fallen, seeks a mythical book and the power it promises. If he succeeds, humans— and the world as they know it—will be destroyed.
There is someone who is capable of stopping Javan...

If she discovers him in time.
Gabrielle is one of the most powerful angels ever created, her job one of the most important. She has come to Earth to learn more about humans and what influences them, and to fight evil she sees growing at an alarming rate. She soon finds herself carelessly distracted with one human in particular, however. Lucas Watkins holds a promise of peace and love for Gabrielle that she never believed she could have again.
As feelings between her and Lucas become more than she can deny, so do the dangers mounting against him. After discovering who Lucas is, and the choice he faces, she realizes Darkness will come for him through demons and fantastical beings he thought only existed in his imaginings—forcing fairytales to become his reality.
Caught between her new mortal ties and ancient immortal responsibilities, Gabrielle must race against what seems to be an ever-quickening clock to learn what she needs to know, protect Lucas, uncover Javan’s plan, and find a way to stop him and all who live in Shadows.
Things become more complex than she ever anticipated, her decisions more critical, and what begins as a quest for information rapidly places her in an even more crucial position within the longest and most important war ever waged.
Join Gabrielle and her allies in a story of love–past and present–fantastical beings, hidden realms, magic, fate, loss, and the fight of good versus evil.


Read my REVIEW of Inception. 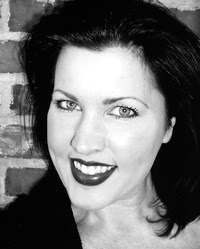 Teal Haviland lives in Tennessee with her daughter and her four-legged friends. She enjoys photography, travel, reading, music, cooking, daydreaming, writing (of course), and above all spending time with her family and friends.

Teal grew up with a love for anything fantastical or outrageous. After years of dreaming of worlds where fairies, angels, demons, and shape shifters (to name a few) exist, she finally decided to begin writing her stories down. Inception, book one in her series The Reaping Chronicles, is her first published novel.
Connect with Teal online:
Website
Facebook
Goodreads
Twitter