Hello, Therians!
I have the beautiful cover of Nichole Chase's, Recklessly Royal, for you all to feast your eyes on!! :)
What do you think??
On Sale from Avon Books March 25, 2014 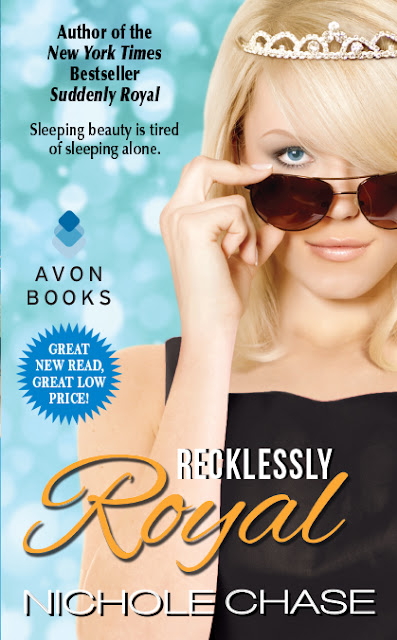 Catherine has spent her life being the perfect princess. She’s kept her hands clean, her head down, and most importantly-men at arm’s length. After all, most men are after only one thing, and for Cathy there’s a lot more at stake than her bed; she has to worry about the fate of an entire nation. But at the rate she’s going, Cathy is afraid she’ll give the Virgin Queen a run for her money. She is tired of waiting for someone good enough to come along. She has a plan, and it all hinges on seducing the one man who seems utterly unimpressed by all things royal. The one man she is tempted by more than any other . . .


Pre-order your copy!
Barnes and Noble
Amazon
Posted by Roxy Kade at 01:00