It's time to wish a
HAPPY BOOK BIRTHDAY
to Kristen Proby's latest release in the With Me In Seattle series, Safe With Me.

There's a super sexy excerpt for you to enjoy and a fantastic giveaway!! 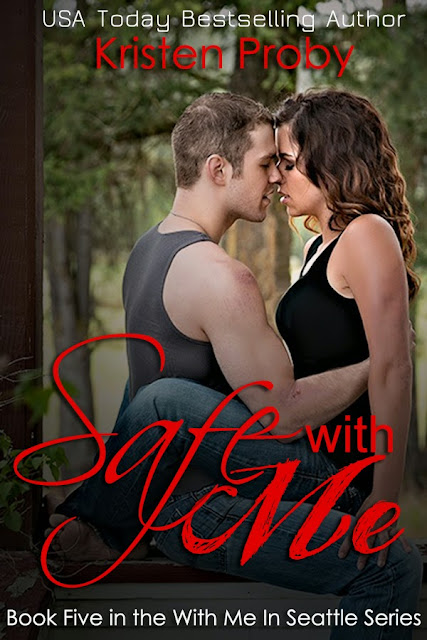 Keeping others safe is what Caleb Montgomery does. He’s never had a problem taking on an assignment, whether it was during his dangerous SEAL days or his most recent job of training war mercenaries. But being assigned to keep Brynna Vincent and her adorable daughters, Maddie and Josie, safe from an unknown threat has thrown Caleb off his axis. Hot for the tall brunette since she came back to town more than a year ago, being close to her day in and day out is cracking Caleb’s resolve to keep his hands off her gorgeous body and his head in the mission.

Brynna is sick and tired of being afraid. All she wants is a normal, quiet life for her and her precious girls. Just as she’s settling into her new home in Seattle and feeling safe again, Caleb shows up on her doorstep insisting the danger is as high as ever. But whether she needs to be sheltered from the threat in her past, or from the intense emotions she feels for the sexy, protective man sleeping in her home, remains to be seen. What will happen if Brynna and her girls fall in love with a man so broken he may not be able to protect them from the danger that threatens, much less himself?”

SAFE WITH ME is the fifth book in the With Me In Seattle series, and continues to follow this tight-knit, loving family through life’s trials and tribulations with humor, passion and everlasting love. 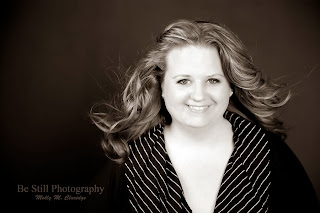 Kristen is the author of the Amazon and USA Today bestselling With Me In Seattle series. She has a passion for a good love story and strong characters who love humor and have a strong sense of loyalty and family. Her men are the alpha type; fiercely protective and a bit bossy, and her ladies are fun, strong, and not afraid to stand up for themselves.
Kristen spends her days with her muse in the Pacific Northwest. She enjoys coffee, chocolate and sunshine. And naps.

“Easy,” Caleb murmurs behind me.

“I’m fine.” Maybe if I keep saying it I’ll start to believe it myself.

He moves up behind me and nudges my legs apart. “Widen your stance for balance.”

I fire again, and my blood thickens as adrenaline pumps hard and fast through me.

It doesn’t take a Navy SEAL to figure out how to line up the sights, and I squeeze the trigger, again and again, my body taught with aggression that I didn’t even know I’d been holding.
Shooting is great therapy.

When the magazine is empty, Caleb wordlessly shows me how to switch it out, and I continue to throw the bullets down the range, clip after clip, until all four are spent.

I set the heavy gun on the shelf, pull my goggles and earmuffs off and step back. I have to lock my knees because my legs feel like Jell-O and I’m afraid I’ll fall. My arms are humming, I’m panting, and I swear to God, I could run a marathon.

Suddenly, Caleb steps up behind me and presses the button to bring the target back to us.
“Take a deep breath,” he whispers against my ear and I instinctively respond, pulling in a long, deep breath. He presses his chest against my back, his thighs against the back of my own, and pulls in a long breath of his own. “You smell so fucking good.”

His cock stirs against my backside, through his jeans. He pulls his hands up my arms and down my sides to my hips, where he rests them as he runs his nose up the side of my neck.
With the noise and feel of the gun still in my head, my heart still pounding like crazy, I want him.

“You have no idea how fucking good you feel pressed up against me like this,” he whispers, his voice rough and strained.

“I think I have an idea,” I respond, surprised to hear the raw need in my own voice. Closing my eyes, I lean my head back on his shoulder and relish in the feel of his hands kneading my hips and his face pressed into my neck. My nipples are puckered and straining against my bra, and goosebumps have broken out up and down the length of my body.

I want him unlike anything or anyone I’ve ever wanted before.

“Caleb.” His name is a whisper, a prayer.

“Touch me,” I demand softly. His hands still. He kisses my neck softly, takes a long, deep breath, and then backs away.

I turn around in surprise and in full-blown anger.

“What kind of game are you playing?” I demand.

“I’m not playing a game.” He crosses his arms over his chest.

“Caleb.” I just stare at him for a long moment. Thirty seconds ago his hands were on me and he was whispering the sweetest things in my ear.

Now he’s turned back into the drill sergeant.

And men say women are confusing.

Finally, he turns and pulls the target down.

“I’ll be damned,” he whispers.

There are a few stray bullet holes around the white part of the target, but in the center of the chest and the top of the head are two good-sized holes where my bullets pierced the paper.

“You’re a natural.” I shrug like it’s no big thing, but inside I’m doing the mega happy-dance. “Not so much a pussy, I guess.” Caleb laughs, long and loud and scoops me up into a long hug.
“Definitely not a pussy,” he agrees as he pulls away from me.

“Caleb?” My heart is beating hard, and I’m still pissed at him. He’s smiling down at my target, but when his eyes meet mine, he sobers.

“Don’t fucking touch me like that again unless you plan to finish what you start.”

His eyes go hard and his jaw tightens. Before I can turn and walk away, he grabs my wrist and pulls me against him, pinning my arms between our bodies.

“Let’s get this straight, Brynna. I want you so fucking bad my teeth ache. I’ve wanted you for months. But you’re part of my family, and I’m supposed to be protecting you. Dropping my guard and fucking you into the mattress is not the way to keep any of you whole.”
I gasp as his words sink in and I want to beg him to take me home do exactly that; fuck me into the mattress, but before I can speak, he lowers his forehead to mine and clenches his eyes closed as if in pain.

“I’m not going to fuck up our friendship, or make things weird for you with my family, just because I can’t keep my damn hands off you. You mean too much for that.”

I lean into him, wanting to comfort him, but he sighs, lifts his head and plants his lips on my forehead for a long few seconds and then backs away, turns his back on me, and loads the weapon and clips back into his locking gun box.

“I apologize. I won’t touch you again.” Before I can argue, ask him to talk with me about this, he stalks off ahead of me. “Let’s go.”

Check out all the stops on the Blog Tour!! 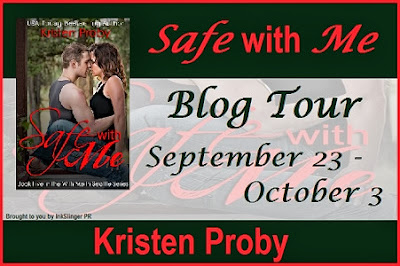 Natasha is a Book Junkie-Review Only

Email ThisBlogThis!Share to TwitterShare to FacebookShare to Pinterest
Labels: Excerpt, Giveaway, InkSlingerPR, Kristen Proby, Release Day Launch, Safe With Me, With Me in Seattle Series