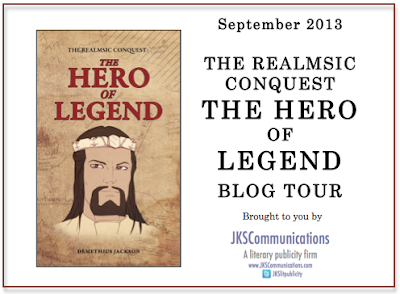 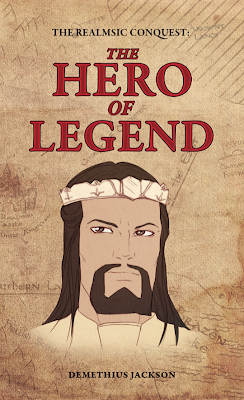 From its establishment, the Realm, has remained the only magical kingdom in existence. As a result, it has never known peace. Although the kingdom has never fallen, it must now defend against the Warlord Damian – a brilliantly merciless conqueror who uses history as a weapon. Rallying those resentful of the Realm’s magic, Damian has amassed a Legion of Warriors – the largest military force ever assembled.

The Kingdom’s defeat is imminent!

Maebus, the Realm’s newest King, has only ruled for six days. Yet he must now lead the magical Realmsic Kingdom through its most perilous conflict ever.

Find out more about The Realmsic Conquest HERE.
Read the first three chapters of The Hero of Legend HERE.
Check out the BOOK TRAILER.

WASHINGTON, D.C. – Local writer Demethius Jackson was inspired by fan reaction to his all rhyming epic adventure published three years ago. Comments flowed in from followers across the globe, like Six Mixed Reviews saying “The Realmsic Conquest: The Candle of Crest” was “ingenious,” and Canadian reader Jennifer Chatham raving the short-form book was “quite a remarkable way to share a story.”


They all had one thing in common – readers wanted a full-length version of the epic poem.


So on August 23, Jackson follows up with “The Realmsic Conquest: A Hero of Legend” in paperback and eBook (370 pages, ISBN: 978-1484843864). The literary novel takes place in the fictional Realm, the only magical kingdom in existence, which has also been ravaged by endless warfare. The Realm’s newest leader King Maebus has ruled only for six days and now must help his people through its most perilous conflict ever.


After the new book releases, Jackson’s rhyming debut will no longer be sold and will then become a collector’s item. In celebration of the launch, Jackson honors real-life American heroes with a donation of 50 copies of his fantasy book to the Virginia Wounded Warrior Program.

“I’m thankful and have endless admiration for those who serve in our Armed Forces,” Jackson said.

“The well-being and rehabilitation of our wounded warriors are of utmost importance. Every soldier isa Hero of Legend!” 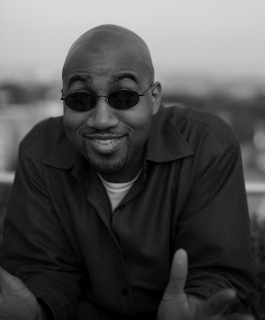 Born into adversity, Demethius Jackson coped with and found inspiration in the extreme hardships he faced to later write stories of empowerment showcasing how a life journey, no matter how difficult, is necessary to discover one’s purpose and peace. Jackson is an alumnus of American University’s School of Communications. Through his ten-year career, his written works have spanned numerous forms of media such as music and television. He has also held positions at global media and cinema companies.