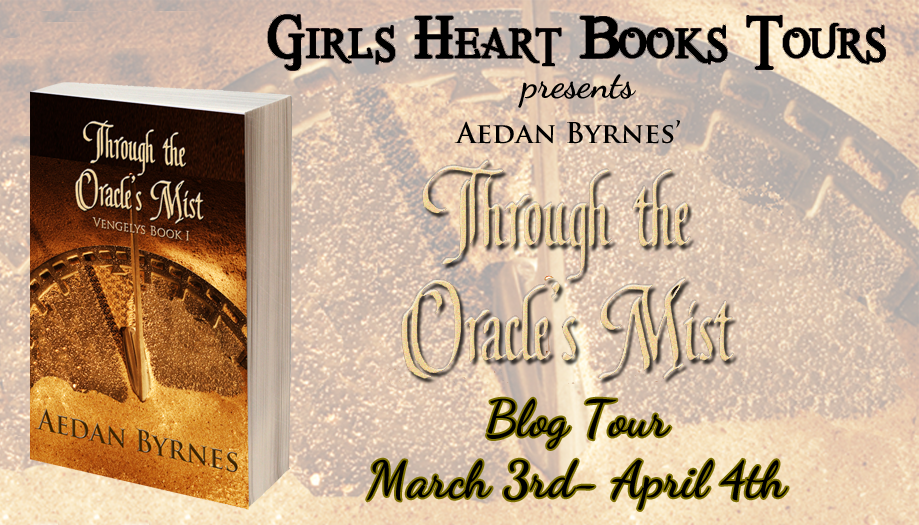 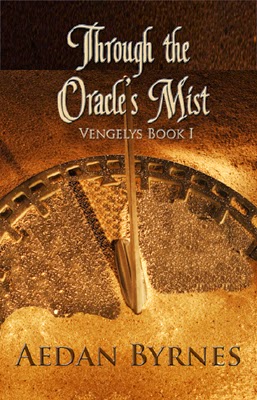 
In the blackest night, with the moon and stars to guide him, she would always be there waiting…


Cyrenna thought she died the day she watched Tynan and his brothers jump through the banishment portal in an act of solidarity with Rigor. Little did she know, it would be the first of many deaths she would experience in her quest to claim his heart. She would surrender not only her immortal soul, but a mortal one repeatedly. Through a deal with the great Oracle, she has multiple mortal lifetimes to change the direction of her future and have a chance with Tynan.


Her journey spans the ages from the GenPei War in Japan and the Silk Road west, to Cromwell, the Three Kingdoms and modern times, bringing her one step closer to forever until she makes a misstep. Then, the burden falls to Tynan. The only thing that is absolute is her fervent hope that he will come, but there’s one big problem.


Through it all, he doesn’t so much as know her name.
Amazon Kindle /  Amazon paperback / Smashwords

Join the Facebook Event
Check out all the stops in the Tour!


They call me street rat…filthy child…wasted life. Foraging about what seems to be palace walls judging by the building beyond them, I suppose that’s how it looks even if an inaccurate appearance for my soul. Who was I to educate them? They are not my purpose here. Tynan exists in this place.


Glancing about, watching my reflection in a lingering puddle I realize this is by far the youngest I have been. Judging by previous forays on this plane, I would guess that Tynan will be as he always is, and in time I will find him. Or, he will find me. Considering my circumstance, I hope it’s sooner than later.


Shouting from nearby grabs my attention. Young voices and loud commotion are getting louder. They’re coming closer. Suddenly, there are bodies everywhere. Mostly young people like me, racing past the place where I stand transfixed. Behind them, also running are adults, a lot of adults. By their garb I would guess them to be soldiers or some type of guards, though their attire does nothing to help me identify where, or more importantly when I am. The youth are fighting on the fly. They throw rocks, rotten food, or whatever they can grab easily as they scatter to the four winds. One is trying desperately to pull me along, but finally gives up and saves himself. I am as if stone, captivated by the guard at the far end of the way.


The erratic jet hair that skewers out from under the helmet, and the eyes bluer than deep ice, announces like a bugle blast in my head and an explosion in my chest, I have found Tynan. Or, Tynan found me. If only he knew it was me. My pulse is running faster than the youth who passed me going the opposite direction of my gaze. The world itself is drowned out of all perception, save the spotlight of my vision that can only see him. This tunnel-vision is probably why I missed seeing the blow coming. He turned to me, eyes widening in what I mistook for recognition. I saw his mouth open and him start in my direction, just before I saw nothing at all. 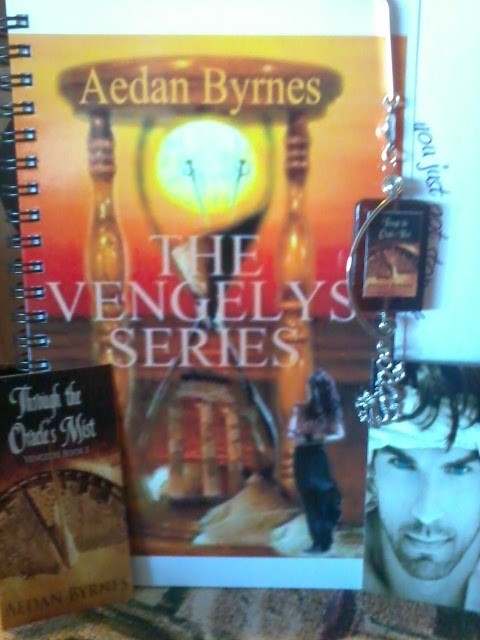 In Through the Oracle’s Mist, we meet the Vengelys brothers; Rigor, Mastema, Tynan, Lone, Denoheau, Asmodai and Kyrna.  The Vengelys are a family of warriors for the throne of Amaranth. While we meet them all briefly, the main male for this tale is Tynan. Tynan is very certain he knows everything he needs to know about himself and is content with his lot in life. Through the mist and time he learns that he has a lot to learn about love and sacrifice. His sense of duty, family, and honor are clear to him, until they are not and he must choose. He is a fighter but a protector, a brother and to his surprise an incomplete man. He learns, but is it fast enough?
Cyrenna of the Erian is a beautiful, smart, purposed woman. She sits at the right hand of Amarine, one of the god-faces of Amaranth as an advisor in the affairs of the Aradian people. She has no notion of any other life or purpose before it is time for her to be reborn, until she sees the Vengelys and recognizes Tynan as her one perfect match. She faces the ultimate challenges in trying to answer the one question she never knew she would face…how much is forever worth? Through the mist and time she learns not only the answer to that question, but just how far she’s willing to go to get it…or a chance of it.
ABOUT THE AUTHOR

There is no simple description for Aedan Byrnes. Obsessive, dreamer, reclusive, compulsive, outdoorsman and wordsmith would be among the list if one were started. The displaced Gael lives in the upper Midwest with family between jaunts wherever the road takes him. A frequent traveler, he is as likely to be found rock climbing or spelunking as sitting fireside dreaming or aimlessly floating away.

A lifelong lover of words and writing, he claims a diverse reading appetite and his writing reflects the myriad influences. A self-proclaimed 'reader's writer', he looks for the emotional and the sensory in word combinations, not just the visceral comprehension of phrases in the stories he crafts and his love of all things literary shines through.