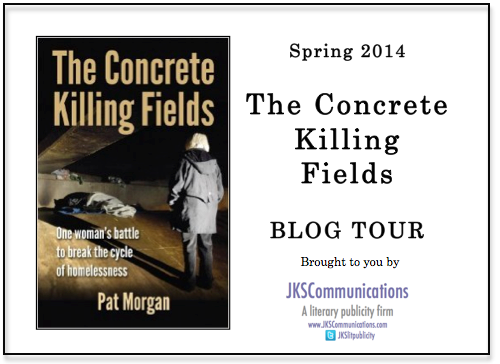 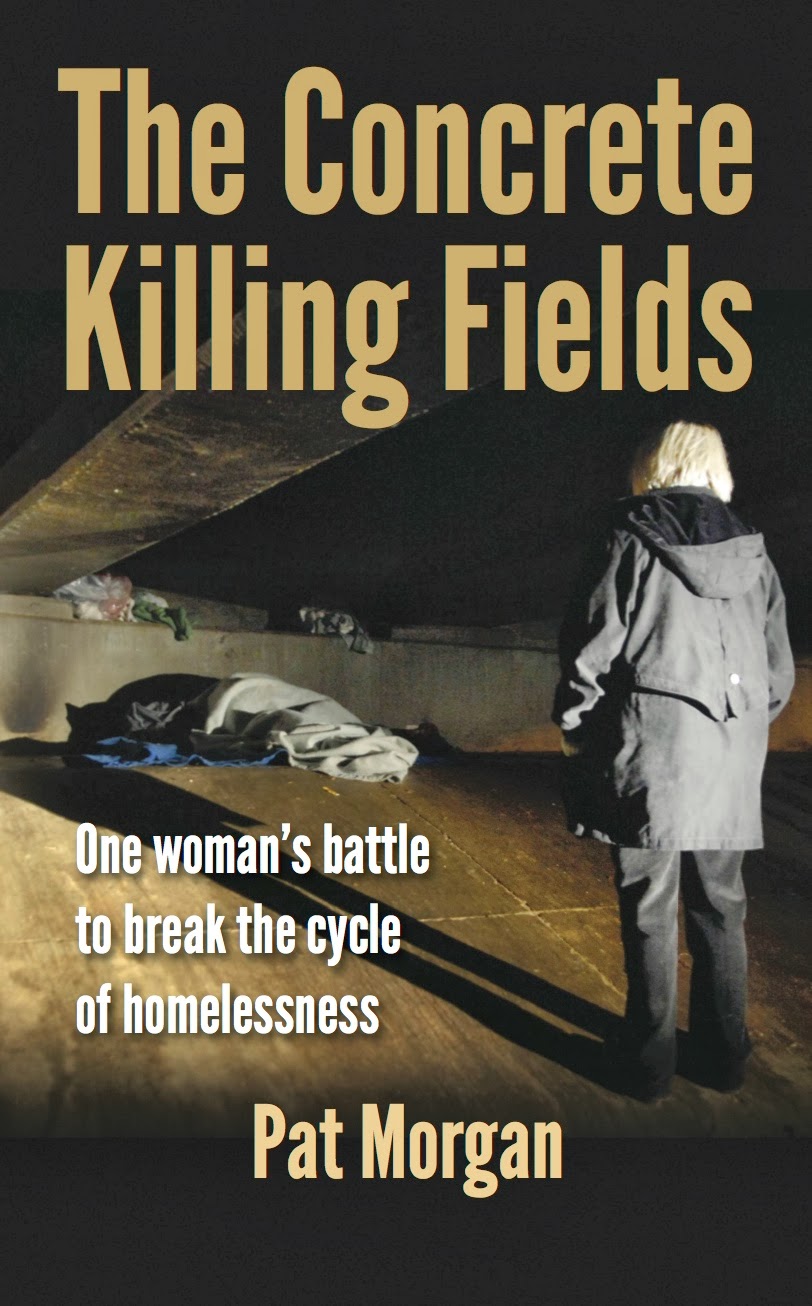 Gripping and gritty; fascinating and funny; mesmerizing yet motivating!
Have you ever wondered why we still have so many homeless people on the streets? Why so many people with mental illness, homeless or not, are in jails or prisons? Why so many people are such strong supporters of President Bill Clinton, and/or Hillary?

You need to wonder no longer. Pat Morgan has the answers. With her gift of story-telling, deep sense of compassion and rich Southern sense of humor, Morgan takes you on a ride...a kaleidoscope of adventures that few ever experience.

From the cotton fields of Arkansas to the concrete killing fields of Tennessee to the President’s box at the Kennedy Center you will open your eyes, your heart and discover that it is never too late to live out your dreams.

This book touched me deeply. Full of tragedy and hope. Pat is such a strong role model. Courageous and determined, she fought for everything she stood for, and didn't allow anything to hold her back. Even when she hit a few stumbling blocks, or when no one seemed to be listening, she stuck to her guns and went for it.

I work in a large city, and the number of homeless people I encounter on a daily basis is heartbreaking. People tend to judge those who are in need, but I often look at them and try to imagine who they used to be, or how they came to be homeless. Don't they have family? It really tears at my heart, because I cannot imagine being in their shoes. I think of my family and wonder if they'd ever allow me to get to that point. And then I thank God for all he has ever given me in life, and I try to be a better person. Someone like Pat, who gave of herself without prejudice, reaching out to those lost souls who had no where else to go.

Some of the tales in this story were heartbreaking. When I think back to some of the people Pat met along her journey; people like Arthur who was so close to changing his life, when a cruel twist of fate meant he'd never get the opportunity. Or Alepeachie, a bright man who had so much to offer if only given the chance. Pat didn't give up, when most would have, and she gained his trust, while he found a place in her heart. This book is filled with so many stories of hope where there should be none, and all due to the people who gave more of themselves to make the world a better place, even if it meant only making a difference in one person's life. Sometimes, that change comes to one's own life.

This book has many life lessons. It shocked me a little, because some of the misconceptions we as society have about homeless people were just devastating. It was a fascinating read, with interesting people who will make you question your own purpose in life. A great book.

MEMPHIS, Tenn. – How did a former real estate broker, banker and recovering political junkie find herself counting homeless people on the streets of Memphis? Just ask Pat Morgan, the author of “The Concrete Killing Fields: One Woman’s Battle to Break the Cycle of Homelessness” (February 20, Mile High Press).

Morgan answered the call from the concrete killing fields of homelessness – and found her calling 30 years ago. Since then, she has worked to help homeless people break the cycle of shelters, streets and, for far too many with mental illness, the eventual outcome that includes a misdirected stay in jails and prisons.

The author revisits those early years in her stories of the homeless people she tried to help, with and without success, during the five years she served as a volunteer and then as the unpaid director of the Street Ministry, a drop-in/resource center for the “street people” of Memphis, Tenn. Those stories, plus her stories about the mental health professionals who were invaluable in stabilizing and housing some of her most troubled homeless friends, and Morgan’s personal history of losses, unconscionable mistakes and the redemptive power of unconditional love are the heart and soul of her book.

Morgan also shares her “wildly improbable” journey from Calvary’s basement to Rhodes College, her selection at age 50 by Time Magazine as one of 20 outstanding college juniors in America, her subsequent move to the nation’s capital, and her work on the Clinton for President campaign and the presidential transition which resulted in a presidential appointment to the U.S. Interagency Council on Homelessness, the pinnacle of power in policy-making on homelessness.

Early reviewers have been unanimous in their praise for the book.

“A searing glimpse into a lifetime of stories, some yet waiting to be told,” says Dr. Jan Young, executive director of the Assisi Foundation of Memphis. “A compelling, heartfelt account told with the same passion that Pat Morgan demonstrated while serving individuals previously invisible to many. The stories will remain with you long after reading the last lines of the final chapter.”

Following her return from Washington, Pat Morgan retired in 2011 after serving as the executive director of Partners for the Homeless for 11 years. “The Concrete Killing Fields” is her first book.
Check out all the stops in this tour on the JKSCommunications Virtual Tour Page

Praise for “The Concrete Killing Fields”


“To read Pat Morgan’s ‘The Concrete Killing Fields’ is to travel with those our nation has left behind. In bravely revealing her own journey alongside our nation’s homeless men, women and children, Pat helps us understand both how we can help them and how we can learn from them.” – Fred Karnas, Social Investment Officer, Kresge Foundation, Troy, Mich.; former Executive Director of the National Coalition for the Homeless, Interim Director of the U.S. Interagency Council on Homelessness, and Deputy Assistant Secretary for Special Needs Programs, U.S. Department of Housing and Urban Development
“Readers, be warned! Pat’s ‘must tell’ testament is compelling and contagious, relentless and raw, inspired and inspiring.” – The Rev. Dr. Douglass M. Bailey, President and Founder, Center for Urban Ministry, Inc., Winston-Salem, N.C.;  former rector of Calvary Episcopal Church (Memphis) and Assistant Professor of Urban Ministry at Wake Forest University School of Divinity
“Pat Morgan is extraordinary. ‘The Concrete Killing Fields’ tells the story of homelessness, addiction and mental illness in a very personal and compelling way.” – Kelly Carnes, Founder, President, and CEO of TechVision21, Washington, D.C.; former aide to First Lady Hillary Clinton, former Assistant Secretary of Commerce for Technology Policy, Washington, D.C.
“Pat Morgan is a national treasure. No one understands the problem of homelessness in America better than Pat, and she brings that knowledge to life in the rich descriptions of ‘The Concrete Killing Fields.’” – Marcus Pohlmann, Ph.D., Professor of Political Science, Rhodes College, Memphis; American Mock Trial Coaches Hall of Fame; author of “Black Politics in Conservative America;” “Landmark Congressional Laws on Civil Rights”
“‘The Concrete Killing Fields’ is not just a book about homelessness or struggles or pain. It is a beautifully written book about one woman’s journey to discover herself, fulfill livelong ambitions, and do her best to provide relief, in whatever form, to those she encounters.” – Betsy Bird, Captain, U.S. Navy retired. Former Military Assistant to the Secretary of Defense, Public Affairs; Public Affairs Officer for Commander, Submarine Force, Pacific, Pearl Harbor, Hawaii; Public Affairs Officer for the Chief of Naval Personnel, Washington, D.C.
“Pat Morgan is a model for all who have expressed concerns about the homeless population.” – E. Fuller Torrey, MD, Founder, Treatment Advocacy Center and author of “Nowhere to Go: The Tragic Odyssey of the Homeless Mentally Ill,” “Criminalizing the Seriously Mentally Ill: The Abuse of Jails as Mental Hospitals,” “The Insanity Offense: How America’s Failure to Treat the Seriously Mentally Ill Endangers Its Citizens”


Pat Morgan is a self-confessed political junkie and “Arkansas Traveler” veteran of the Clinton for President and Clinton-Gore campaigns. She is also a mostly unsuccessful political candidate (won one, lost two), a former elected official in county government, an unabashed policy wonk and relentless advocate for effective services, especially mental health care and housing for homeless people. 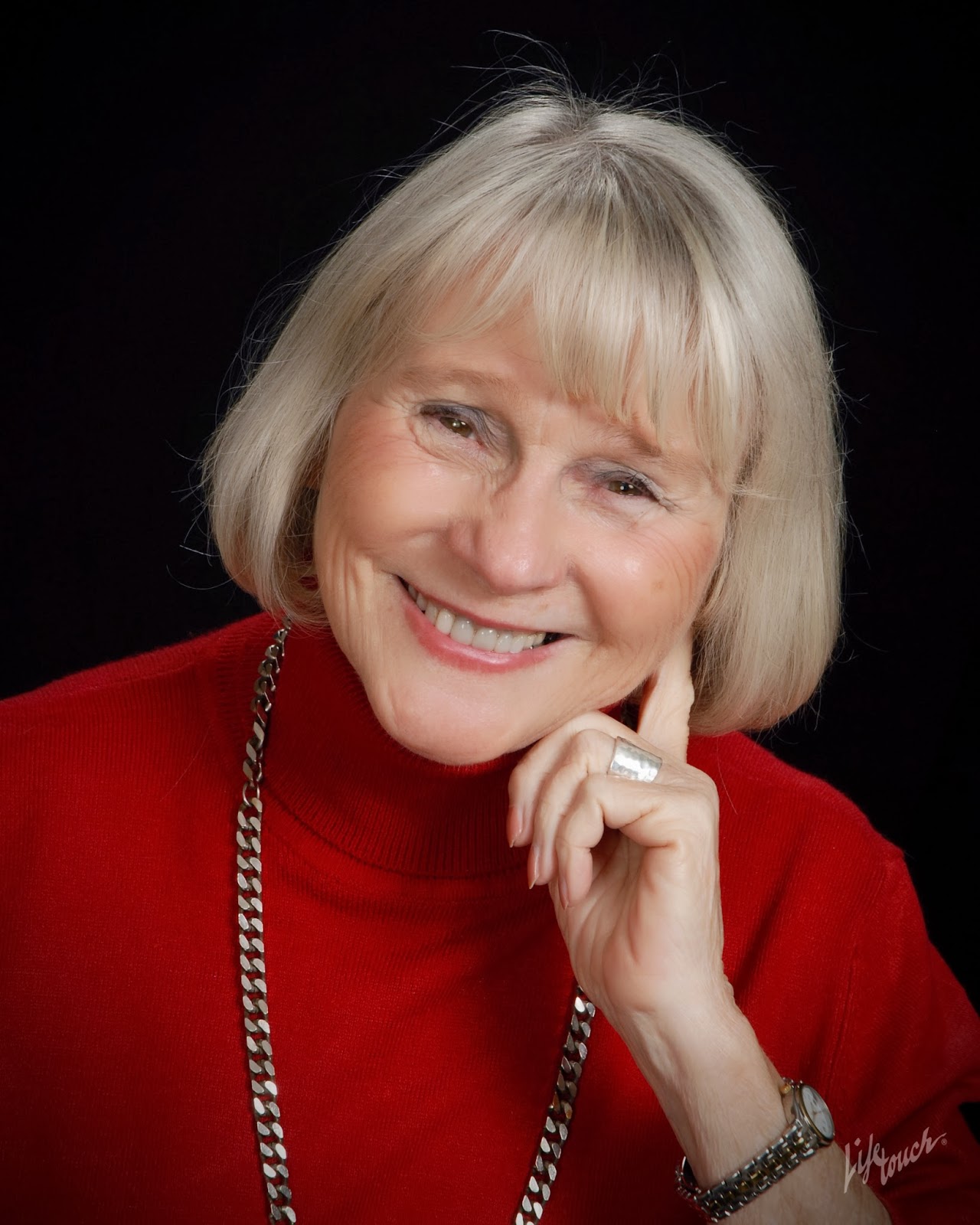 She is also an expert on the subject, having received numerous awards, including the U.S. Interagency Council on Homelessness’ 2006 Innovation Award (in a Republican administration) for her contributions to ending chronic homelessness. Learning enough to be an expert on homelessness, she says, might have been deadly dull if she hadn’t learned her most important lessons from listening to hundreds of “street people” with “staggering levels of disabilities” and battling to secure the services and housing that would help them break the cycle of streets, shelters, hospitals and jails.

A real estate broker and former banker (occupations not necessarily noted for altruism), Pat answered the call from the concrete killing fields of homelessness – found her calling – and lived out her dreams. It’s been a “wildly improbable ride,” she says, one that has taken her from the cotton fields and dusty streets of a tiny town in Arkansas to the Street Ministry in the heart of the concrete killing fields of Memphis, Tenn., to the highest level of federal policy making in the nation’s capital.
Totally frustrated with the lack of resources for homeless people, and deeply concerned at the rising body count from the concrete killing fields, Pat resigned as the unpaid director of The Street Ministry and enrolled in Rhodes College “mostly to get the credentials to go with what I’d already learned so I’d have a more credible voice in developing policies.” She already had a degree from the “school of hard knocks,” having graduated magna cum laude in “street smarts.” Luckily, her three grown, independent, sons were supportive (after she promised not to go out for cheerleader), especially after she was selected at age 50 by Time Magazine as a “Rising Star,” one of “20 Outstanding College Juniors in America.” Being featured in Time led to a Washington semester in American politics at American University, and an internship in the office of then-Sen. Al Gore, for whom she’d campaigned when he’d sought the Democratic nomination for president in 1988.
But it was her long-standing, rock solid support of then-Arkansas Gov. Bill Clinton that would result in a presidential appointment to the U.S. Interagency Council on Homelessness, then a working group of the White House Domestic Policy Council. That would come after she’d tromped through the snowy streets of New Hampshire, worked days, nights and weekends at the Washington Operations Office, and then organized and directed the Office of Presidential Correspondence at the Office of Presidential Transitions. Throughout it all, she was driven by the memories of the “street people” she’d loved and lost to the concrete killing fields and those still most at-risk.
An engaging, experienced public speaker with a refreshing sense of humor to balance the seriousness of her work, Pat is available for speaking engagements, short-term consulting and even shorter advice by email.
Author Website / Twitter  / Facebook