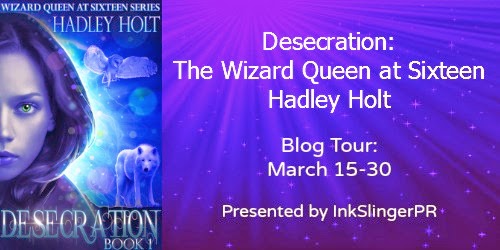 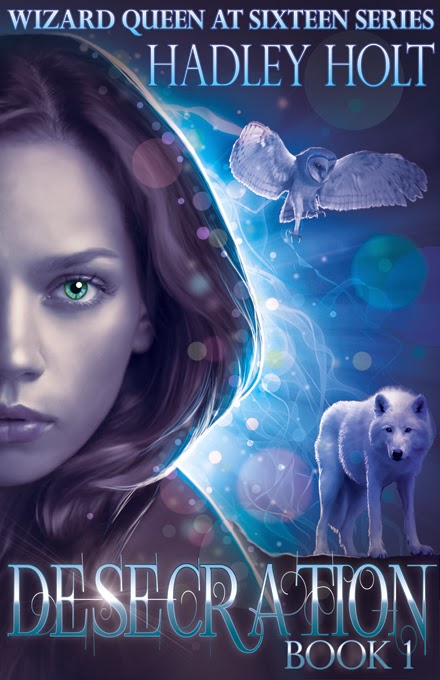 In a hidden world of wizards where only men hold the power of magic, one girl arises with the power to change everything, if she isn’t killed first…


Adriana Victoriana Evangelista (Addie), daughter to the High Chancellor of the Wizard’s Council, has always been the perfect wizard girl. She never questions why men possess magical powers and women have no power at all, magical or otherwise. Male wizards blend into the modern human world, leading huge corporations while wizard women are sequestered away.


On her sixteenth birthday, Addie discovers she possesses magic. Under wizard law, she is a desecration. An ancient prophecy surrounds the emergence of a girl magic-wielder, the wizard queen, who is destined to bring about the downfall of the wizard-kin.


Addie has long had a forbidden crush on a human boy who lives in the wizard stronghold, Rory Devlin. As she delves deeper into the dangerous mysteries surrounding her own destiny, she suspects Rory might be more than just human.


Addie’s fate sends her straight into the path of a powerful and evil sorcerer, but the worst danger of all may come from right inside her own home.


This was an intriguing adventure filled read with plenty of magic and mayhem.


What I liked most about this book was that it steered away from the normal YA paranormal fantasy read, in that the MC was not human or more accurately, a paranormal being who didn’t know who or what they were until some life changing event occured. Although the wizard world existed alongside the human world, and they did interact with humans, everything that went on in this story had to do with the wizard world.


It was quite shocking that such a magical and advanced group of beings had such a restricting lifestyle – specifically for the women. I fully understood Izzy’s frustration at feeling so stifled, and I was happy to see the change in Addie as the story progressed. She adopted more of her friend’s way of thinking and went from good, obedient daughter, to rebel on a mission. Of course, her rebellion was for the good of the wizard race, but tradition would have still frowned upon Addie’s actions nonetheless.


There are quite a few exciting twists to the plot, as Addie and her friends desperately tried to keep her new “skills” secret while, at the same time, Addie sought to uncover the truth behind Rory’s magic. The story was made even more enthralling with the addition of some truly evil villains (Zarius included), sensational magic, incredible familiars, forbidden love, and a thrilling race to stop the war between Wizards and Sorcerers.


I could not put this book down, and I was so disappointed that it had to end. I am really looking forward to the next installment, because there was so much left unsaid, or should that be undone. What would happen to Addie on her return? What would/had become of Zarius? Would the wizard world see the error of their oppressive ways and make the necessary changes? Would Addie and Rory’s romance be accepted? What happened to Torren? And even, would Addie’s mother be returned to her former glory? Yup, there is so much I need to know. I need the second book NOW! 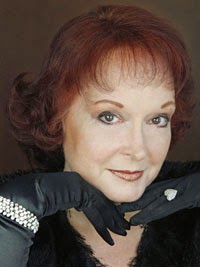 Hadley Holt, author of paranormal, and fantasy YA (Young Adult) has always loved to write. She also nurtures an incurable fascination with all things supernatural and fantastical. From a young age, she imagined stories about dragons, wizards, witches, ghosts, shape-shifters, vampires, and other magical creatures. As life often does, it blessed Hadley with family - a hunky husband and amazing children, and with family came a rewarding career. Hadley spent many years in the not-so-magical world of finance and mortgage banking, but the stories were always there in the back of her mind, demanding to be set free.
Thanks to the housing market crash, Hadley finally realized her dreams. She now breathes life into her magical tales of reluctant young heroes finding their inner power to stand up against terrible creatures and even more terrible odds.
Please visit me at HadleyHolt.com!


A Reader's Adventure   Review and Playlist


Home of Writing       Review and Excerpt


Bookmarks, Spoilers and Happily Ever After     Review