Celebrating the new release of BRAVING THE ELEMENTS and the upcoming release of ON A RAZOR'S EDGE, K.F. Breene is sharing an excerpt from the Darkness Novella Series, has a Kindle Fire HDX up for grabs, and INTO THE DARKNESS (Book #1) is FREE! 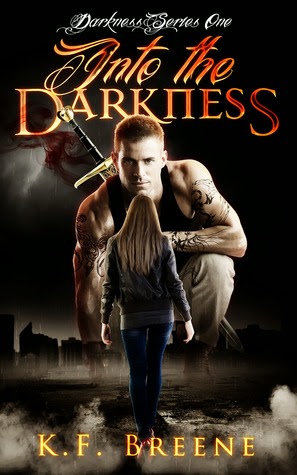 INTO THE DARKNESS (Book #1)


I’d always been different. I saw objects in the night where others saw emptiness. Large, human shaped shadows, fierce yet beautiful, melting into the darkness. I collected secrets like other women collected bells; afraid to fully trust lest my oddities be exposed.
Until I saw him. He’d been gliding down the street, unshakable confidence in every step. It wasn’t just that he was breathtakingly handsome with perfect features. Something about him drew me. Sucked my focus to him and then tugged at my body. As his eyes met mine, I was entrapped.
No one had noticed him. He’d been right there, just beyond the light, but only I had perceived.
I had to know if he was real. Or maybe I really was crazy. And even when my secret box was blasted wide open, dangers hurled at me like throwing knives, I couldn’t stop until I unraveled his true identity.
I just had to know.
“She was fated to live.”

“Then why must you save her?”

“Often Fate is struck down by dumb luck.”


New Adult (18 +) due to sexual content and not for the faint of heart. 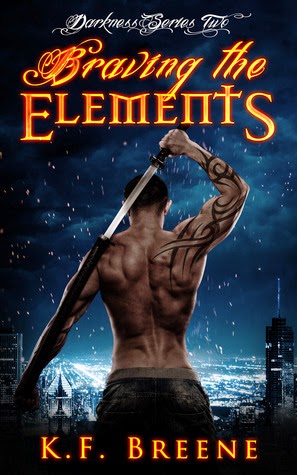 BRAVING THE ELEMENTS (Book #2)
Novella (190 pages)
New Adult (18 +) Paranormal/Fantasy Romance
Released March 21, 2014
Amazon | Barnes and Noble
Sasha has always known she was different, but now she also knows that the shadow men she’s seen all her life, are real.

With a life goal of fitting in, Sasha hopes her strange abilities will finally make true friendship a possibility. Unfortunately, her magic doesn’t function like everyone else’s. What she thought would make her belong, sets her apart now more than ever.
Stefan, all but promised to a different woman, has tried to keep his mind on his duties instead of the irresistible and free-spirited human. But when she is threatened, he can’t keep his distance anymore. He realizes he’ll stop at nothing to keep her safe, and more importantly, make her his.
Just when one thing clicks into place, another spirals out of control. Stefan’s clan isn’t the only group that would benefit from an extremely rare type of magic. And their enemies will stop at nothing to get what they want.
Braving the Elements is the second novella in K.F.Breene’s long awaited Darkness series. Sasha’s story is one of discovery, awareness, and understanding, and is jam packed with action, humor, sexual tension, and an overwhelming desire for final acceptance.
New Adult (18 +) due to sexual content and not for the faint of heart. 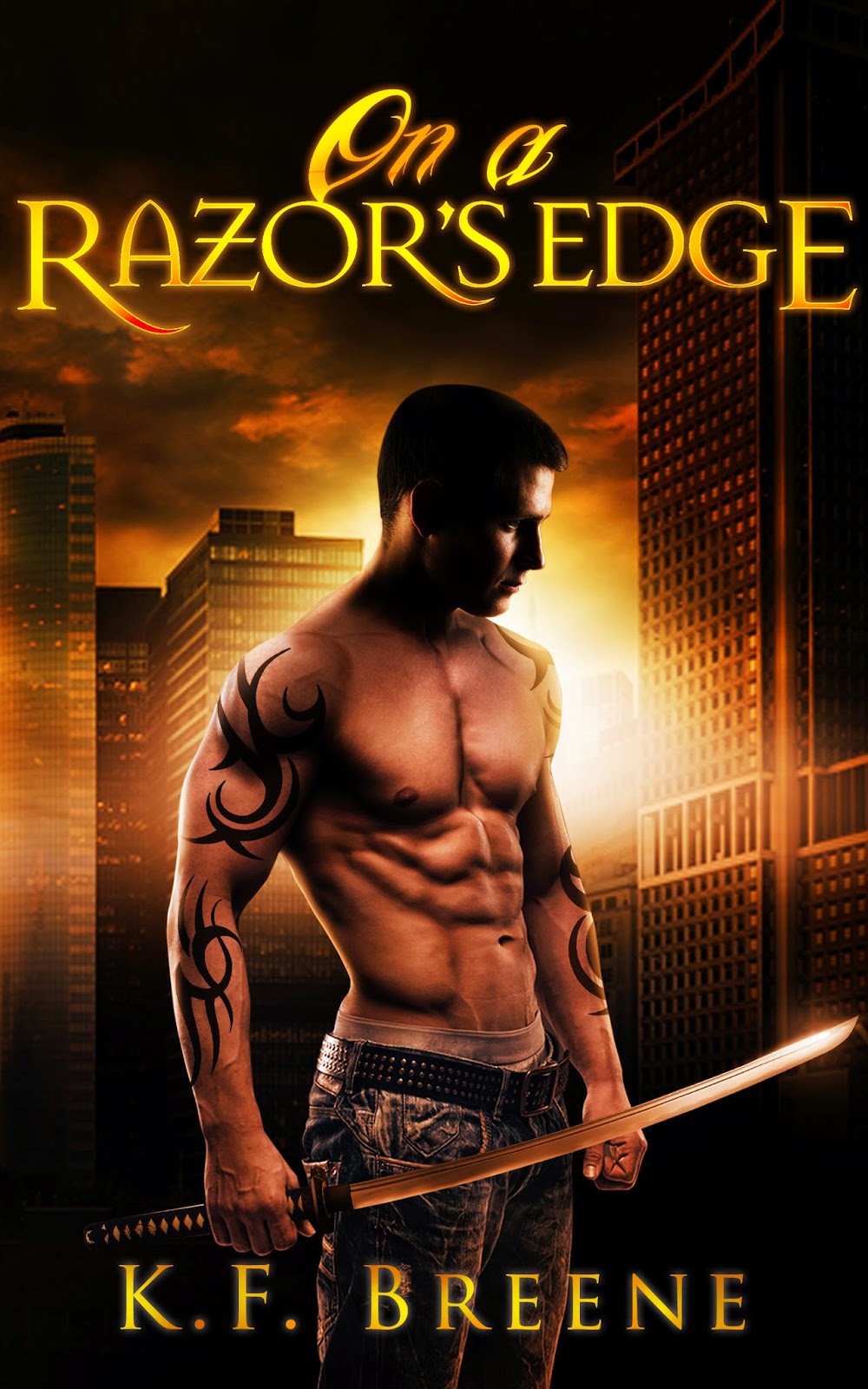 Life for Sasha isn’t getting easier. She has survived run-in’s with monstrous Dulcha, lived through an abduction, and even made it passed Charles’ constant badgering for sex. But if she thought the hurdles of this new life would simmer down, she was dead wrong.
When the Regional comes to visit Stefan’s clan, the pressure increases. Sasha finds herself on a giant scale, assessed for her magic and held in the balance. If she doesn’t have the magic Stefan hopes, she could find herself on the street while still in grave danger. Even with a favorable outcome, however, her inability to use her magic presents a road block not easily crossed.
No, life is not getting easier.
Stefan feels the heat, too. He must finally declare a mate, and admitting to desiring a human is the worst form of taboo. He could jeopardize not only his place as leader, but his and Sasha’s life. His decision is like walking on a razor’s edge.
New Adult (18 +) due to sexual content and not for the faint of heart. 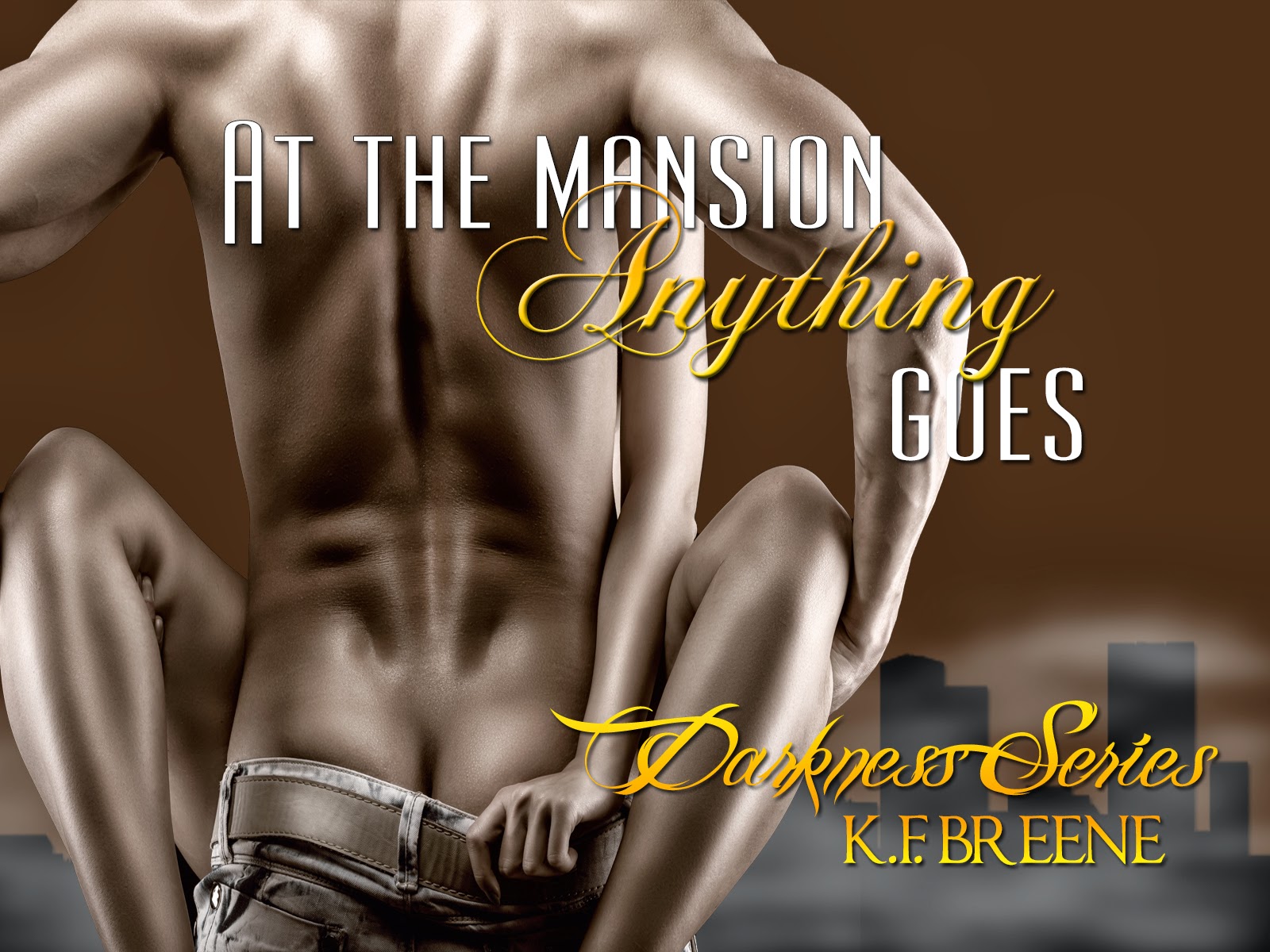 EXCERPT
As I met his black eyes, his puzzled expression deepened. “You’re human…”
“We established that, yes. What I want to know is, if I am human, what does that make you? And why do I notice you when others usually don’t?”
His head cocked to the side. His easy balance, his lethal edge; he was like a blade resting on billowing silk. “Very few humans are able to withstand our pheromones. Fewer still to break a Kolma once it has been placed. You’ve not been trained, that’s obvious; so how is this possible when you’re definitely human? Do you possess the blood of another species?”
I could barely think past the pounding ache of my body, begging to touch him. I needed to get a grip! He was revealing some very interesting factoids I needed to jot down in my mental notebook.
His nostrils flared. “Charles was right; your arousal is a unique scent. Like a spicy, warm drink on a mid-winter’s night. It rises above other smells, entrancing the mind.”
“Umm,” charged with questions, determination, anger, and demands, I thrust forward, “Listen, what did you mean about withstanding the…pher-thing? Or breaking the other thing? How can you trap someone’s head with pleasure? Because I’m pretty sure—not positive, but pretty sure—that Jared is straight. And also, I really think we should circle back to what the hell you are, and why nobody knows that you exist? Because this whole people scattering thing is not normal, and I think an explanation is probably in order.”
He stepped closer, not hearing me, or not caring that I spoke. His eyes looked at me like I was a life-sized riddle. They delved, searching. He took another step, forcing me to retreat two steps to keep distance between our bodies. Another step back had my back to the wall.
A small smile curved his lips. “I exude pleasure, you run. I exude fear, you come calling. You want me, I can smell it. I can feel it, almost like a palpable thing. Give in to it. Yield to me.”
Oh God I wanted to. His body was mere inches from mine, his intense eyes looking down into my soul from a face out of a Renaissance painting. The power of him, the sheer strength, had strange, primal fantasies running amok through my head. My core tingled, my chest surged, and my nipples were so hard they could cut this stone wall.
Why had I come here, again? A wine country native, she moved to San Francisco for college just shy of a decade ago to pursue a lifelong interest in film. As she settled into the vibrant city, it quickly became apparent that, while she thought making films was great fun, she lacked cinematic genius. For that reason, her career path quickly changed direction. Her next goal was a strange childhood interest, conjured at the dining room table while filling out a form. For some reason, her young self wanted to be an accountant. Thinking on it now, she wonders how she had any friends. Regardless, it was the direction she finally took.

While she could wrangle numbers with the best of 'em, and even though she wore the crown as the most outspoken, belligerent accountant in the world, her mind got as stuffy as her daily routine. It was here that she dusted off her creative hat and began writing. Now she makes movies in her head, and then writes them down. Way easier than dealing with actors--she should know, she’s been one! 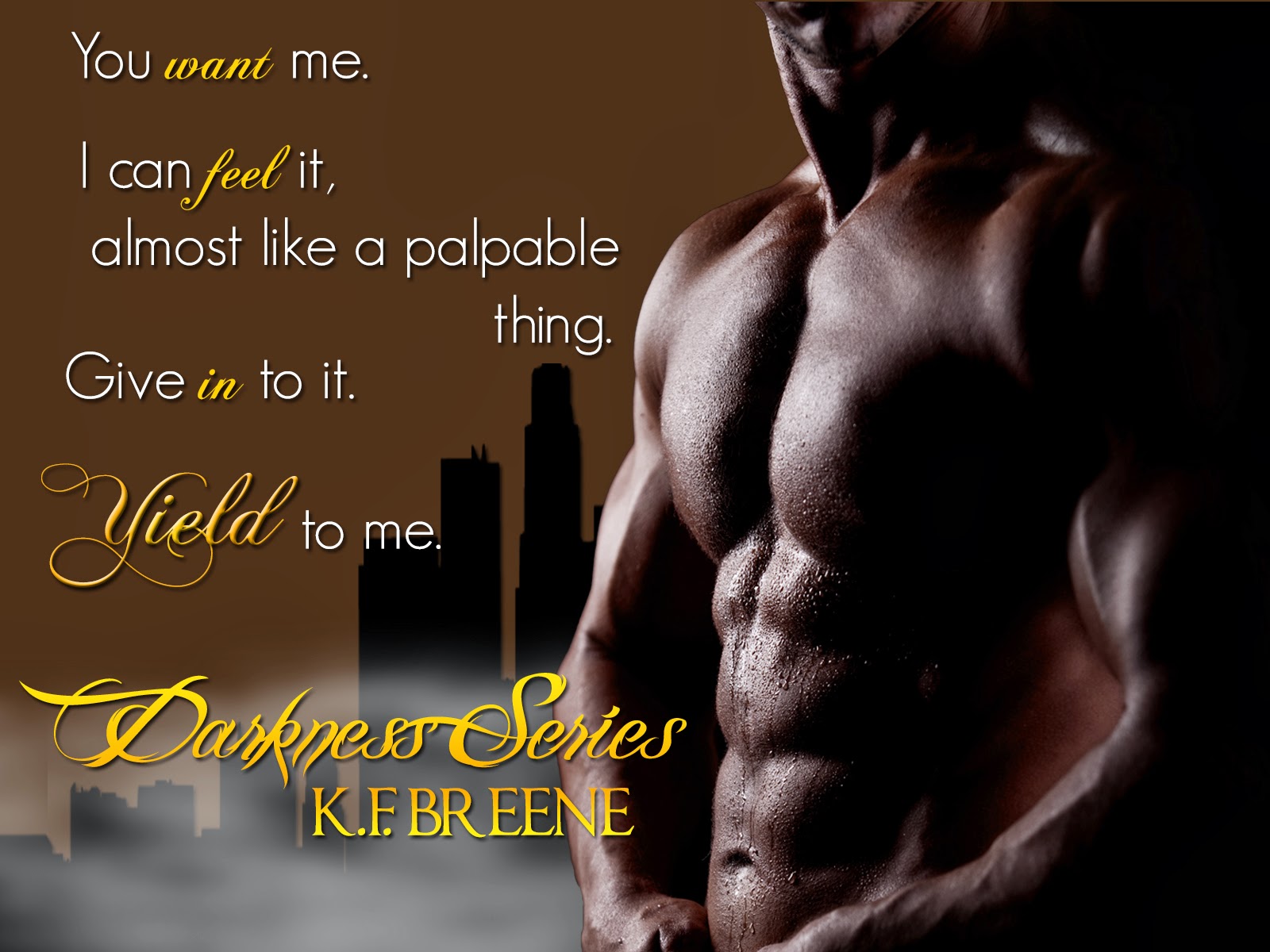