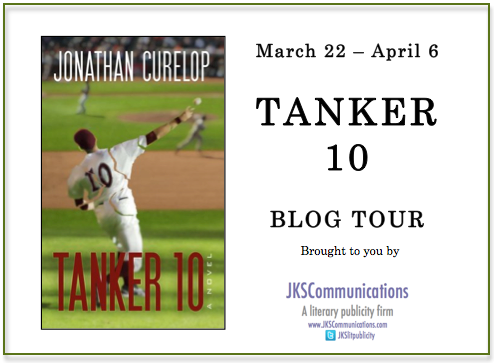 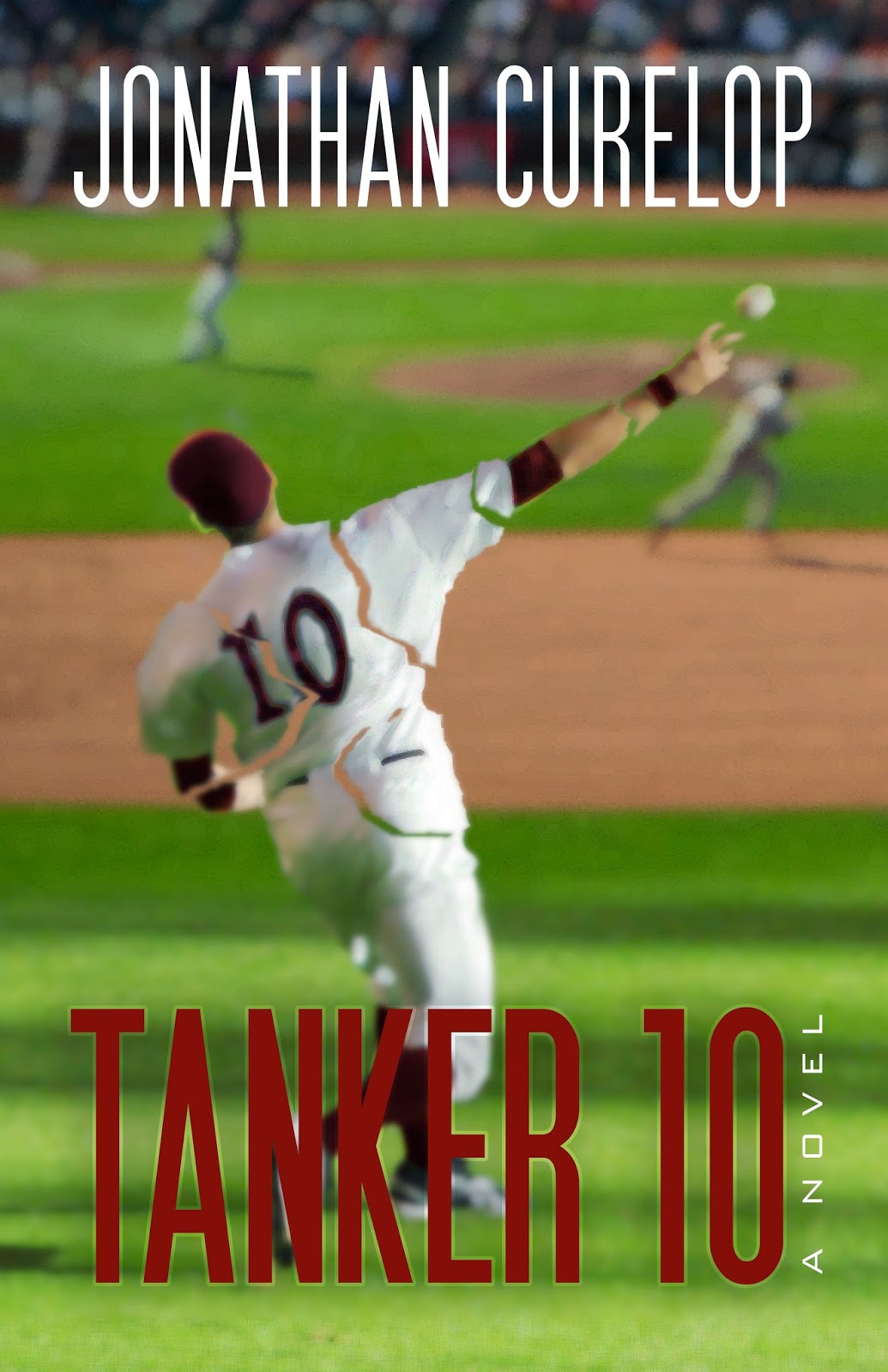 Meet Jimmy LaPlante – sensitive, bookish, baseball obsessed – the neighborhood fat kid and easy prey for his bullying older brother. The story opens in Brockton, Mass. It’s 1976. When Jimmy tries to stand up to Cliff, the verbal abuse turns physical and an accident occurs, sending Jimmy to the hospital with an injury that changes the trajectory of his life. “Tanker 10” follows Jimmy during his pre-teen and teenage years as he struggles to understand the physical and psychological effects of his injury. Throughout this period, baseball is his outlet. By the time he begins high school, Jimmy is an up-and-coming right fielder on the freshman baseball team. Despite having no physical signs of his condition, he is so ill at ease with himself that he can’t help but feel like a freak. Jimmy spends his life grappling with what it means to be normal as he tries to find his place in his family, among his friends, and with his brother Cliff. “Tanker 10” is a funny and heart-breaking story about self-acceptance in the wake of trauma. Readers will root for Jimmy as he struggles to understand that the key to becoming who you are is learning to get out of your own way.

NEW YORK – “Tanker 10,” written by Jonathan Curelop, is a compelling and timely story about the love of baseball, and being bullied and overweight.

“Tanker 10” (published by Book Case Engine) opens in Brockton, Mass., in 1976, where bashful and overweight 10-year-old Jimmy just wants to read his books and toss the ball with his best friend, Ben. Unfortunately, Jimmy is an entertaining victim for his older brother, Cliff, and his buddies. When Jimmy tries to stand up to Cliff, the verbal abuse turns physical and an accident sends Jimmy to the hospital with an injury that changes the trajectory of his life.

“Tanker 10” depicts the story of Jimmy during his pre-teen and teenage years as he struggles to mend his physical and psychological injuries. Finding salvation through baseball, he dedicates himself to a strict regimen, taking him from intramurals baseball to Little League. By the time he reaches high school, Jimmy is no longer the fat kid throwing a ball against a wall but an up-and-coming right fielder on the freshman baseball team. Yet despite his successful recovery, Jimmy remains ill at ease with himself. He longs for emotional and physical intimacy and grapples with finding his place in his family, among his friends, and with his brother, Cliff.

Curelop, a lifelong baseball fan who was bullied as a child for being overweight, has written a poignant fictional account of a character in search of himself. His debut novel, “Tanker 10,” is a funny and heart-wrenching coming-of-age journey toward self-acceptance in the wake of trauma.


Check out all the stops on the
JKSCommunications Virtual Tour Page


What Readers Are Saying About
“Tanker 10” by Jonathan Curelop

“Jonathan Curelop's portrayal of Jimmy's suffering is frank, honest and intimate. Tanker 10 should be required reading for parents, students, and teachers alike. It's a story about courage, overcoming fear, and resilience. More importantly, it's a story about the damage human beings can inflict on one another and leaves the reader wondering what can be done to protect children and adolescents who are perceived as flawed.”

“Baseball is a game of hits and misses, new starts and last chances. ‘Tanker 10’ brings us back to a simpler time where learning how to talk to each other got us to first base, but listening got us home.”

“‘Tanker 10’ is funny and sad and agonizing and awkward…in much the same way growing up is.”

“Jonathan Curelop is clearly a gifted writer in so many ways. He is human, candid and extremely amusing at times. The book flows and it was one that I simply didn't want to get to the end. But I did, and I loved it. I look forward to the next one by Curelop.”

“Great read! I found myself carrying ‘Tanker 10’ with me everywhere, hooked by the voice of Jimmy as he takes us through his harrowing, funny, utterly believable life.”

“Beautifully and sensitively written story of a young overweight boy who, as he matures, forgives his brother and himself for seemingly unforgivable acts, without which he would have been unable to embrace his manhood. The underpinnings of his stability are parental love, reading and baseball. The theme of forgiveness, love and overcoming life's obstacles, is universal. A truly wonderful read.”

“Curelop takes you through a roller-coaster ride of emotions as he shares his thoughts and feelings dealing with some of life experiences so many young kids deal with everyday. One minute I found myself laughing out loud and the next minute reaching for a box of tissues. For me, the book was more than just about bullying, baseball and relationships, it goes much deeper than that.”

“Tanker 10” is a story of resilience and overcoming fear, as well as the cruelty that can be inflicted on children and adolescents who are considered different.

Jonathan Curelop ’87 immortalizes the Rand Theater in his debut novel.

Pulled from his experiences growing up on the East Side of Brockton. 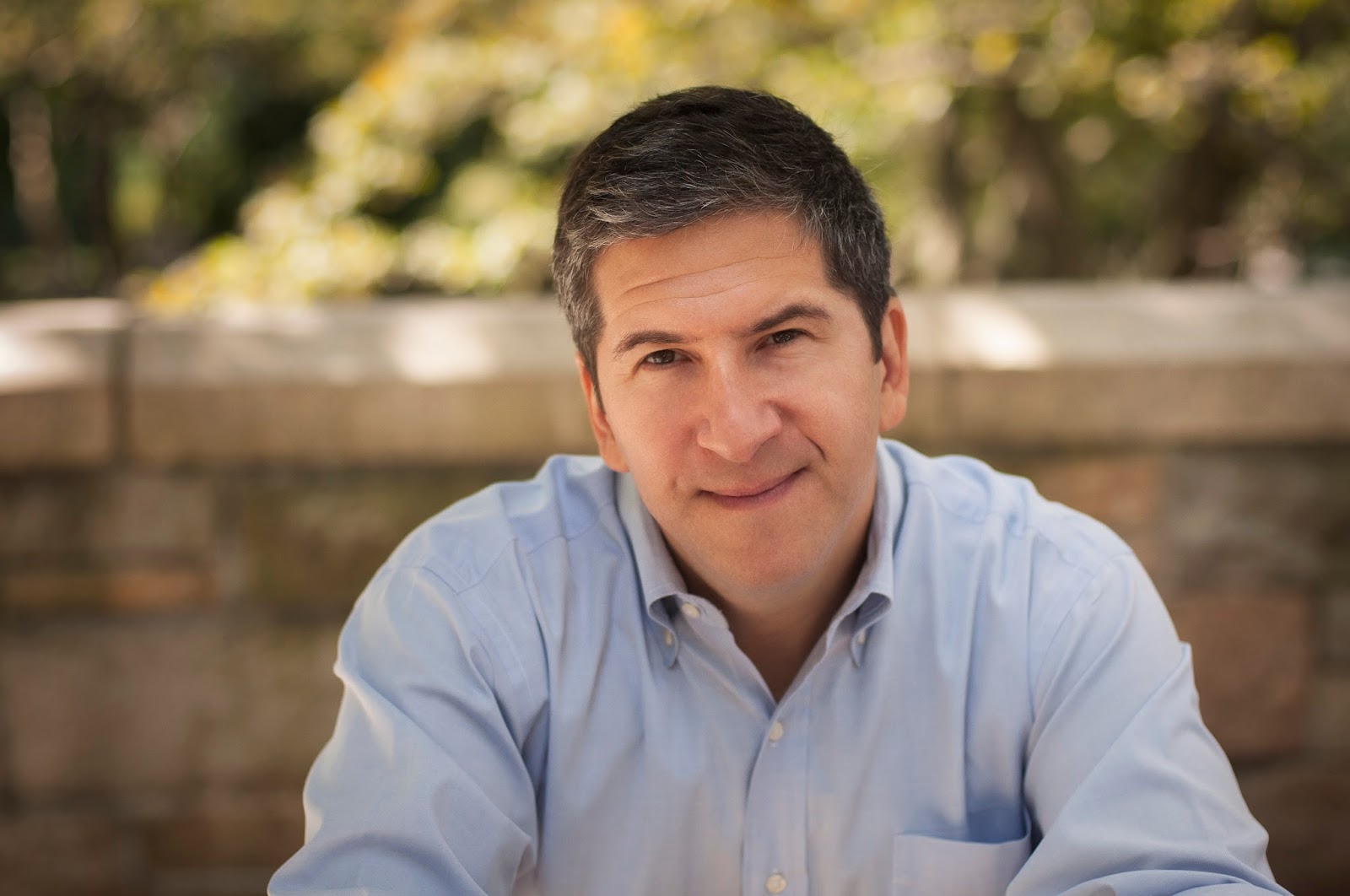 Jonathan Curelop is a graduate of the City College of New York’s Creative Writing Program. He has studied at Gotham Writer’s Workshop and the New York Writers Workshop. His fiction and non-fiction have appeared in various publications, including Solstice, Amarillo Bay, Liquid Imagination, UMass Amherst Magazine, apt, Raging Face, The Melic Review, The American Book Review and Aura. Originally from Massachusetts, where he graduated from the University of Massachusetts/Amherst’s Theater department, he now lives in New York City with his wife, Pamela.

Tell us about the title, “Tanker 10.” What does that mean?


The title comes from real life, as do the first two chapters. My brother branded me with the nickname Tanker 10 because on my 10th birthday I received a tee shirt with the number 10 on it as a gift. It was too tight, but I was determined to lose weight and continue to wear it until it fit properly. One day I made the mistake of wearing the shirt in front of him and…well…Tanker 10 was born.

Jimmy is such a great character. The more you learn about him in “Tanker 10,” the more relatable he is. Did your experiences growing up shape the world you created for Jimmy?


Absolutely. The book is a work of fiction (I never suffered the injury that Jimmy suffers, nor have I ever played organized baseball on a serious level), but the fundamental elements that occur in the book are triggered by actual events from my childhood: being bullied by my older brother; being hospitalized for an injury in a body part that is…shall we say…sensitive; the sudden death of a friend; being overweight; being petrified of girls.

What role did baseball play in your life when you were growing up?


My first memory of baseball was the 1975 World Series. Louis Tiant’s windup and delivery; Dwight Evans’s magic in right field. Well, the whole outfield really! I’ve been hooked ever since. How it never pushed me to actually play baseball is something that still troubles me. I played on intramural teams and softball teams, but I never attacked it the way I wish I had.

Bullying is a serious issue among kids and teens. How does your book address that?


When I first started writing Tanker 10, bullying wasn’t the headline-grabbing issue that it is today. Bullying plays a part in the novel because that’s what happened to me in real life and is the catalyst of the novel. Jimmy is not the only character in the book who gets bullied. Lance, a boy on the swim team, endures a horrendous experience at the hands of his teammates. Both Jimmy and Lance overcome their taunts and beatings to the point that their relationships with the attackers actually improve over time. Being bullied doesn’t have to be the end of the story. Sometimes it’s the beginning.


From a writing perspective, I needed an event that would separate the brothers (at least emotionally) for years. The bullying leads to the accident; the accident and its aftermath define how the boys develop emotionally as they become men.


Is it true that you started working on “Tanker 10” back in 1989 and didn’t touch it again until 2005? What inspired you to start writing again?


I actually started working on it well before 1989. That was when the first (very rough) draft was completed. When I first moved to Chicago, I spent quite a bit of time writing letters to friends who I had known at college and were still living in MA. After a while, though, the letters dried up as we drifted apart, but I found that I missed writing. So I picked up a story that I had started in college about a boy who dreamed of playing centerfield for the Boston Red Sox. It didn’t really stick, so I thought about something else I could write about. I had had some delicate surgery as a child, so I figured I’d write about that. It didn’t take. So I figured I’d add some stuff about my brother, who bullied me for being overweight. Again, I found no inspiration. I tried writing about my childhood friend, Bobby, who was killed by a car while he was riding his bike. Still, nothing clicked. Then I started combining all the stories and that’s when my imagination started spinning. When I finished it, though, it took one rejection letter from an agent responding to my query letter to convince me the book wasn’t worth pursuing.


It took a long time, decades, to realize that the reason I had stayed away from this story – had let it sit in a filing cabinet – for so long was because it was so close to my life, at least when it came to the relationship between the brothers. Although a work of fiction, this was my story in a way that none of my other writing had been before. Part of me feared the reaction if the book were ever to see the light of day.

Who were some of your baseball heroes growing up?

So, who do you root for these days?


Always the Red Sox. If they’re not in it, always the underdog.

Your book seems like it will appeal to a lot of people – baseball fans, teens, adults. Was that something you thought about while writing?


No, I try not to think about the reader until the very late stages. Obviously, I want a broad readership and I want everyone who reads to really enjoy it, but finding the voice of a character is too hard and too important to allow some editorial presence in the back of your mind to interfere with the creative process. Asking questions like, “Hmm, is this too old adult for a 13-year-old?” “Is it too young adult for a 20-year-old?” I figure just write the story in the truest, simplest, most honest way you can and hopefully it will find an audience.