Blog Tour: Except + #Giveaway: The Chalice of Kari by Cahira O'Donnell 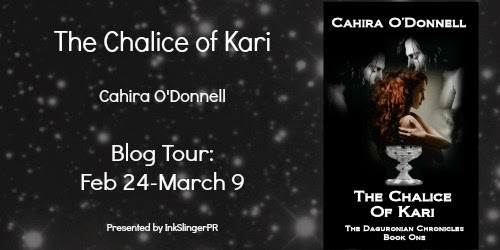 Exploited by the government for her psychic gifts, Kahara Mitchell has unwittingly been trained as a deadly assassin. Unwilling to be used to kill innocents, she goes AWOL until her journey ends with her dying – buried under rubble in the wake of a tsunami. At her darkest hour, Lords Rom and Rah Andor, mirror twins from another galaxy rescue her – taking her to their intergalactic fleet where they heal and court her, determined to make her their own.


Karinian Lords, Rom and Rah Andor are the co-ruling kings of the entire Daguronian Sector. They have waited over nine hundred years to find their destined mate. Now the two gigantic alien warriors must win Kahara’s love and willingness to bond, or die trying. Conspiracies abound to sabotage the triad union in an attempt to destroy the brothers and take down House Kari.

The royal triad is prophesized to be the powerful force uncovering an ancient exploitive system that has driven many races to near extinction. But to do so, the protective brothers must allow their beloved mate to endanger herself as she uses her gifts fighting by their side in a war that determines the destiny of galaxies.
EXCERPT
“But there was truth to your statement. I have been so busy hiding from you in shame of my carnal nature that I have not allowed myself to truly know you. I judged you by what you are, a Fertile, rather than whom you are. I have misjudged you and underestimated you at every turn. There can be no excuse for this. You deserve better.”
“I understand, Rah. It has not been easy for any of us. So much has happened so fast.”
“I am a man of action, not a man of words. For you, I will try to deepen my communication skills. I want to know you, Kahara. I want to know the remarkable woman you are,” he said, bringing his scarred warrior’s hand to her soft face and running his callused thumb across her full lower lip.
“I love you, Rah,” she stated, looking into his molten eyes as she nuzzled her face into his hand.
“How can you say this when I have not let you know me?”
“I cheated,” she said, smiling. “I have read you. I know the measure of the man you are and I love that man, Rah, I love you where you have not even seen yourself.”
He crushed her to his broad chest, overtaken by emotion. Somehow he knew what she said was true. He felt her in his very soul. She resided in a part of him he had not even visited.
Bending down, he covered her mouth with his and forced his tongue between her lips. She opened for him willingly. Their tongues dueled as he plundered the dark delicious recesses. As she opened her mouth to him he opened his mind to her. He let her see his pride in her, his desire of her. He let her see his fear of his love for her, fear of the weakness he thought it created. He showed her the deep shame he felt at what he viewed as his repeated failure to protect her, his doubt she had any need of him at all, given her own strength and fighting ability.
In return, she poured her love and acceptance into his mind and heart. She showed him her deep respect of him and his strength, his deep value as a leader, warrior and mate. She let him see how she trusted him with her mind, heart, body and soul. Then she shared her desire of him, how watching him fly the transport or command his men made her wet for him. How fighting him, full out, as he took care not to hurt her, had turned her on like no other.
Soon they found themselves on the carpet of the living room, tearing at each other’s clothes, seeking the skin beneath and the ultimate intimacy to be found there. In no time they were naked, coming together in a frantic quest for union on all levels. 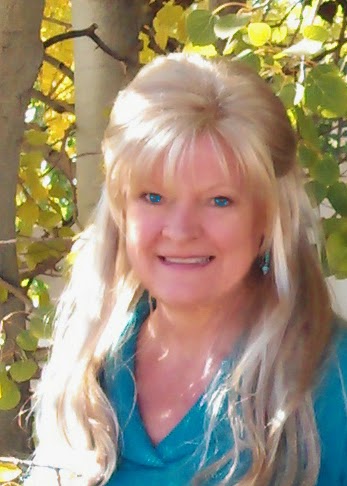 Having been brought up overseas and living with local families in many cultures, Cahira O’Donnell has a rich history to draw upon. Throughout her life and her travels she has been a dedicated student of shamanism and an explorer of the esoteric realms. Being psychic herself, Cahira’s real-life experiences with the supernatural infuses her paranormal romance writing with profound accuracy.


Cahira now lives in the beautiful mountains of Colorado where she enjoys a quiet home, beautiful scenery and immersing herself in the art of storytelling.