Devin Lyle and Craig Rockwell are back, this time to a haunted castle in Ireland where a banshee may have gone wild—or maybe there's a much more rational explanation—one that involves a disgruntled heir, murder, and mayhem, all with that sexy light touch Heather Graham has turned into her trademark style. 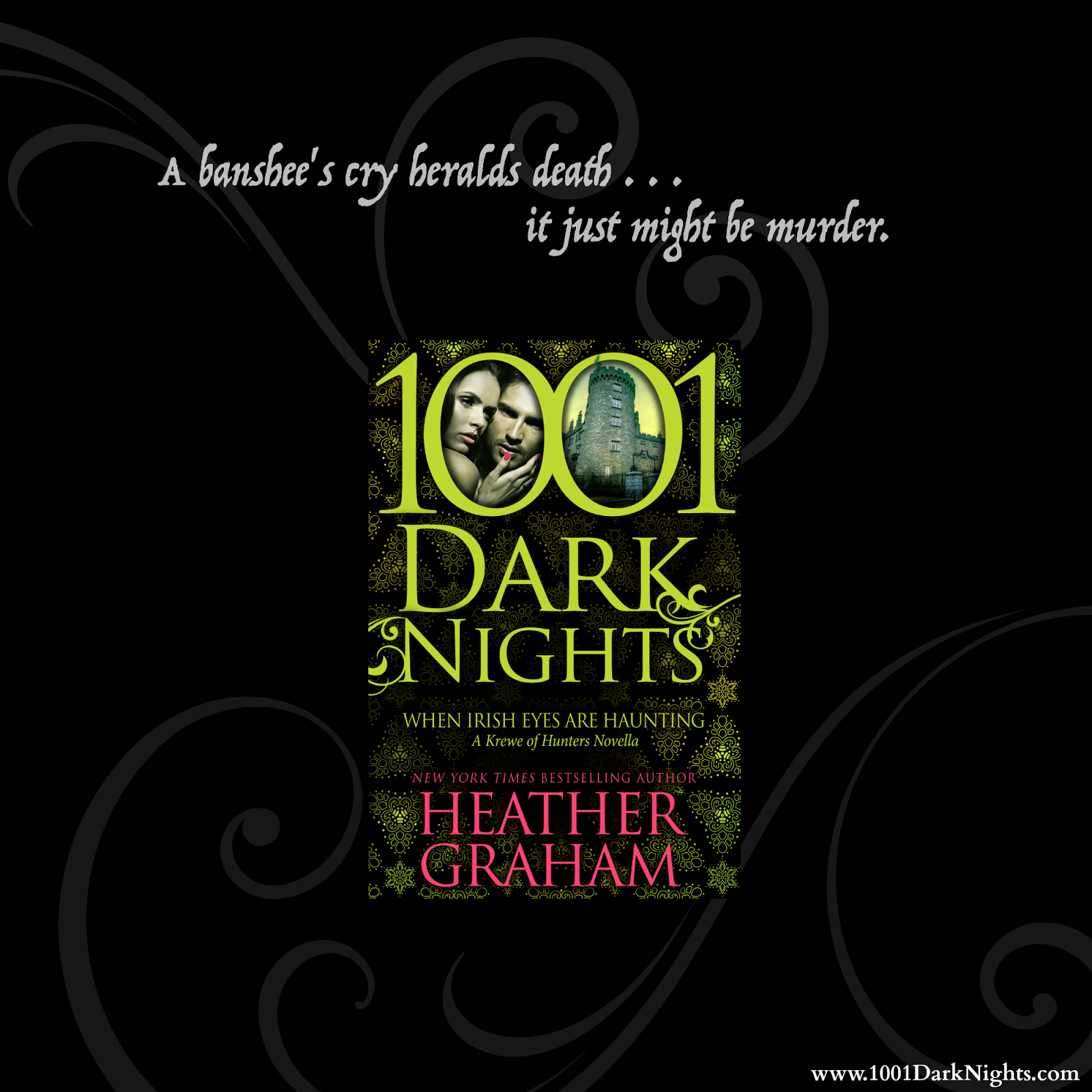 “I hear you’re staying in Collum’s old suite—the old master’s suite.”
“It’s where my cousin has asked us to stay, yes,” Devin said.
“I guess you’re not the scared type then,” Gary said. “No, you’re not. To be honest, I looked you up. Krewe of Hunters, eh? You’re FBI. I am a bit confused. Collum died of a heart attack. And the FBI has no jurisdiction here.”
“Kelly is my cousin; we’re here to be with her,” Devin explained quickly.
“Ah, yes, of course,” Gary said. “We’re all hurting from the loss of Collum. St. Paddy’s Day won’t be the same without him, but—tradition. Time marches on and cares little for any one man, eh? Well, I’m curious, I must say. Some call you people the ‘ghost unit.’ Are you a ghost unit? Does the American government really believe in such a thing?”
“That question from a man who goes by the moniker ‘Gary the Ghost,’” Rocky said lightly.
“I make my living telling such tales,” Gary said. “And real history, too, of course—stranger and sadder than most ghost stories. But, alas! The world enjoys a good scare and luckily for me, Irish folk are full of fancy. I apologize again—I didn’t mean to be rude. But…I am a historian and a curious type. Like I said, when Kelly told me that you were coming and that you were with the law in America, I looked you up.”
“When we’re working,” Rocky said, “we investigate cases that have something unusual about them—something unexplained. We find the explanations. But, I assure you, I’ve never heard of a case of a ghost murdering a man as of yet.”
“So, you’ve heard the suggestion that a ghost might have murdered old Collum?” Gary asked.
“Everyone seems to be edgy—with lots of talk about the banshee,” Rocky told him.
“That’s the rumor,” Gary said. He shrugged.
ABOUT THE AUTHOR

New York Times and USA Today best-selling author Heather Graham majored in theater arts at the University of South Florida. After a stint of several years in dinner theater, back-up vocals, and bartending, she stayed home after the birth of her third child and began to write, working on short horror stories and romances. After some trial and error, she sold her first book, WHEN NEXT WE LOVE, in 1982 and since then, she has written over one hundred novels and novellas including category, romantic suspense, historical romance, vampire fiction, time travel, occult, and Christmas holiday fare. She wrote the launch books for the Dell's Ecstasy Supreme line, Silhouette's Shadows, and for Harlequin's mainstream fiction imprint, Mira Books.
Heather was a founding member of the Florida Romance Writers chapter of RWA and, since 1999, has hosted the Romantic Times Vampire Ball, with all revenues going directly to children's charity.  She is pleased to have been published in approximately twenty languages, and to have been honored with awards from Waldenbooks. B. Dalton, Georgia Romance Writers, Affaire de Coeur, Romantic Times, and more. She has had books selected for the Doubleday Book Club and the Literary Guild, and has been quoted, interviewed, or featured in such publications as The Nation, Redbook, People, and USA Today and appeared on many newscasts including local television and Entertainment Tonight.
Heather loves travel and anything having to do with the water, and is a certified scuba diver. Married since high school graduation and the mother of five, her greatest love in life remains her family, but she also believes her career has been an incredible gift, and she is grateful every day to be doing something that she loves so very much for a living.