Here's the gorgeous cover to the first book in the Night Watchmen series, Everlasting! 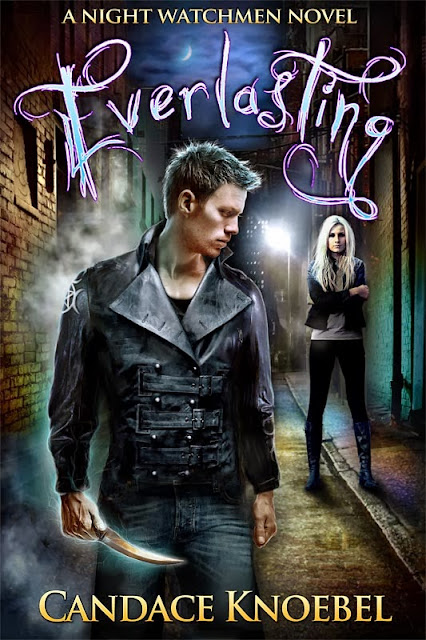 What if your destiny lay on the other side of death?
Faye Middleton never believed life would begin with death. She also didn’t believe one could find love after such a tragedy. With one, well aimed bullet to her chest – all of Faye’s well-constructed beliefs are put to the test.

After waking up in an alley covered in her own blood, Faye soon realizes life isn’t always what it seems. Being rescued by a strikingly handsome Hunter named Jaxen, shakes the very morals she had worked her whole life building up. And when she learns that her whole life had been a lie, everything begins to tumble down around her.

Jaxen Gramm never thought true love was an option. Being a Hunter meant he was bound to his Witch...someone completely opposite of Faye. But when he rescues Faye in the alley, she steals his heart with just one look. After realizing just who she is and her importance to their race’s survival, Jaxen is assigned by his Coven to keep her protected.

With the Darkyn Coven on the rise and threatening to wake an ancient evil, Faye has no other option but to accept that her fate is intertwined with the Night Watchmen. Faye must become one of them, just as her parents were before her. Can she learn how to use her newly acquired powers in time to retrieve the Dagger of Retribution before the Darkyn Coven does?
About the author 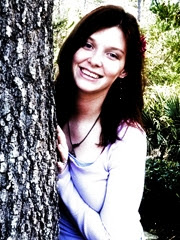 Candace Knoebel dreamed of being a dancer ever since she could remember. With a love of all things art, she saw herself moving to New York and pursuing her passion as an artist. But all that changed on October 10th 2002 when she met the love of her life. Her dreams diverged and after marrying her high school sweetheart and having two beautiful children, she realized she missed her creative side.
Growing up alongside the Harry Potter series, Candace found herself missing the epicosity of a story that pulls you in and won’t let you go. In 2009, she began dreaming up characters that would mold her first novel. Through lunch breaks and late nights, after putting her kids to bed, she built a world where she could escape the ever-pressing days of an eight to five Purgatory. She found her calling in life and knew this was more than dancing could’ve ever meant to her.