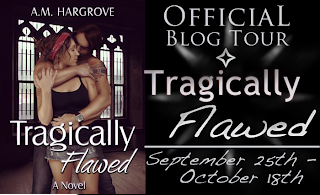 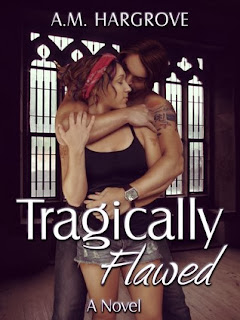 Riviera Benson’s past has been nothing but horrific. It’s filled with secrets that she intends to keep tightly locked away...terrifying secrets that keep her awake at night...that prevent her from getting close to anyone...anyone that is, until her work as a muralist drives her into the arms of the hot and sexy Shan.

Benjamin Shandon, owner of Shandon Homes, works like a thousand demons are chasing him...because perhaps they are. His business has boomed, ever since the forest fire swept through the canyon and destroyed hundreds of million dollar homes. He demands excellence in everything...from his employees to his women. He slows down for nothing, keeping a schedule that no sane person would want. But Riviera interrupts everything, twisting his guts inside out, and wedging her way into his heart, destroying a promise he made to himself.

Will they let their pasts control their future, or will they decide to let go and allow their hearts to discover each other’s?

Amazon I Barnes & Noble I Smashwords

I'm not really sure how I feel about this book. There were bits I really loved and then parts that left me feeling disappointed.

This book started off with a bang - almost quite literally, and I really thought I was in for one sexy, steamy read. Then the story changed focus and took a step back to the tragic life Riviera was living with her pathetic excuse for a boyfriend, Jasper. I was so glad she got out when she did and never looked back. That certainly took a lot of courage.

Riv was sweet and I was glad she was able to settle into a new life, doing what she loved. It was even better when she found a man that could really take care of her the way she deserved. I was a little confused though, because the very first scene had me believing that Riv and Shan were mere co-workers, nothing more, and that is why she was so shocked and a little put off, after being turned on, by what she saw.  But the more I read, and the more the sexual tension built between these two characters I was starting to wonder if I'd miss read something. Once everything fell into place I didn't bother dwelling on that any longer and I settled in for a great read. Unfortunately, it fell a little flat.

I also noticed a few character flaws. At times, certain characters would do or say something that just didn't fit. the one that stood out for me the most, even gaining an eye-roll, was the fact that Navy Seal, Black Ops, torture people to get answers, The Wolf asked for a trace on an "addy". It didn't fit his hard-ass character at all.

I did like that Riviera stood her ground when she wasn't comfortable with how things were going with Shan. She was quite the tortured soul and my heart broke for her. Shan was also super sweet and understanding. If he was pushing too hard, he'd realize it and back away, giving her the space she needed to get her head together.

This story will appeal to romance fans, because it holds the hope of happiness after tragedy. It would have been a really fantastic love story, if not for the few gripes that distracted me enough to not enjoy it as much as I was expecting to.

One lucky winner will walk away with an iPad Mini and a necklace that was designed by Kim at Nair & Bjorn after the one that Shan gave Riviera in Tragically Flawed.


The necklace is open for US and Canada residents only.

In the event the winner is from outside the US, an Amazon Gift Card of comparable value to the iPad will be given and the 2nd place winner will receive the necklace. 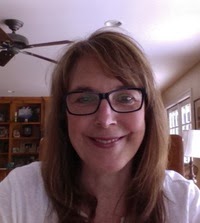 One day, on her way home from work as a sales manager, A. M. Hargrove, realized her life was on fast forward and if she didn't do something soon, it would quickly be too late to write that work of fiction she had been dreaming of her whole life.  So, she rolled down the passenger window of her fabulous (not) company car and tossed out her leather briefcase.  Luckily, the pedestrian in the direct line of fire was a dodge ball pro and had über quick reflexes enabling him to avoid getting bashed in the head.  Feeling a tad guilty about the near miss, A. M. made a speedy turn down a deserted side street before tossing her crummy, outdated piece-of-you-know-what laptop out the window.  She breathed a liberating sigh of relief, picked up her cell phone, called her boss and quit her job.  Grinning, she made another call to her hubs and told him of her new adventure (after making sure his heart was beating properly again).

So began A. M. Hargrove's career as a YA/NA and Adult Romance writer. Her books include the following: Edge of Disaster, Shattered Edge and Kissing Fire (The Edge Series); The Guardians of Vesturon series (Survival, Resurrection, Determinant, reEmergent and Beginnings); Dark Waltz and Tragically Flawed.

Other than being in love with writing about being in love, she loves chocolate, ice cream and coffee and is positive they should be added as part of the USDA food groups.