Welcome to my stop for the Fall of Darkness blog tour,
organized by 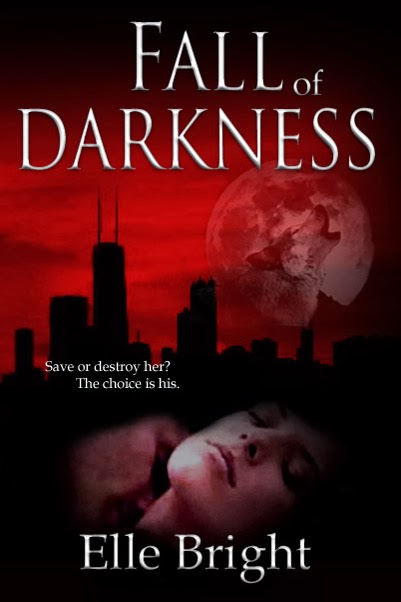 
One woman, the fate of the world in her unknowing hands. One man, sworn to destroy her. A love so strong it defies nature. In a world of obsession, deception and betrayal, the line between good and evil fades, but one truth remains absolute. Darkness must fall.

For centuries, werewolf, Dominic Ridolfi, has battled the demons of the night, upholding the sacred pact to protect man from vampires. Yet when sent to destroy the long lost Cacciatori heiress, the vampire prophesied to free her kind from the curse of darkness, he finds himself reluctant to complete his task. The innocent beauty awakens his humanity and Dominic finds himself not in the role of assassin, but savior.

Swept away in a whirlwind romance, Kate loses herself in Dominic’s mysterious world of opulence and seduction. But Dominic has a secret. He knows the truth about Kate’s past, and her future, truths with the power to destroy them both. Only in her dreams does Kate sense the growing darkness within. Dominic saved her once, but can she save herself from the darkness within?

REVIEW
I'm a huge fan of Paranormal Romances, and Werewolves are my ultimate favorite paranormal creature, so when Dominic Ridolfi walked into my life, it was almost the end of me. Damn! He was one fine specimen.
But before my review turns into an ode to Dominic...
This book was exciting. I've read many Paranormal Romances, most of which include Vampires and Werewolves, and I'm always intrigued by how the author will spin the tale of these two creatures. I loved the idea of Kate being human in the beginning, not knowing her true identity, and the fact that Dominic was sent to kill her. These two were most definitely the definition of star-crossed lovers. They were the Romeo and Juliet of the Paranormal world and my heart broke a little for them with the knowledge that no matter how much they loved each other, the war between their kinds would in one way or another keep them apart. Or would it? That was the question that really spurred me on as I read this great story.
Dominic was willing to give up so much for Kate, but would she be willing to give him her heart completely? I had so much hope that they'd find each other along the way, but there were so many factors against them. Trust was a big issue, and then there was the obvious hate between their kinds, not to mention golden boy Alex. Kate also had so much to deal with as the life she knew was ripped to shreds. I did feel that she kind of took to her new life too easily. She questioned things but never really fought against them. The only part of her new life she was adamant about wanting nothing to do with was the blood drinking.
This story was an intriguing tale of forbidden love and family loyalty, as Dominic and Kate both struggled with doing what was right; what was expected of them, or following their hearts no matter the cost. It was a great read.

• Six (6) various Fall of Darkness swag packs of a book thong, bookmark, keychain, and magnets {US only}

• eBooks set of the first three novels of Threads of West, An American Saga by Reid Lance Rosenthal: Threads West,  Maps of Fate, and Uncompahgre: Where Water Turns Rock Red


»» Three (3) eBooks each of: • Into the Darkness by Amberly Evans • The Rancher by Kelli Ann Palmer


»» Two (2) eBooks each of: • When You're Ready by J.L. Berg • The Carriage Trade by Lisa Deon • Changing of the Glads by Joy Spraycar • The Scarred Heir by Denise Patrick • Against the Odds by Jewel Adams


»» One (1) eBook each of: • Finding Obscurity by Emma Shade • Past Aghast by Ed Dasso • Daydream's Daughter, Nightmare's Friend by Nonnie Jules • Spirits in the Treesby Morgan Hannah MacDonald • Tougher Than the Rest by Shirleen Davies • Faster Than the Rest by Shirleen Davies • Edge by Tiffinie Helmer • Sunkissed by Janelle Daniels •My Only Wish by Janelle Daniels • The Highlander’s Curse by Katalyn Sage • The Magic Stone by Marie Sterbenz • Knight Dreams by C.C. Wiley • Riley’s Pond by Harley Brooks • Designer Genes by Harley Brooks

First Prize: (1) eBook copy of Fall of Darkness and one (1) bookmark 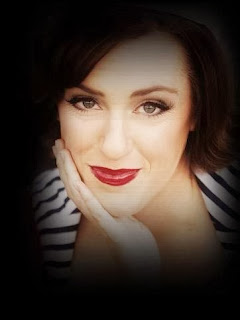 Elle Bright grew up in Layton, Utah. Elle currently resides in San Diego, California, with her husband, their three children, and their border collie. Elle graduated from Grand Canyon University with her Bachelor's of Science in Nursing. As a practicing Registered Nurse, Elle specializes in Pediatrics, Neonatal Intensive Care, and Emergency Medicine.Fall of Darkness is Elle's first published novel. She is currently working on Dark Redemption, the second installment in The Darkness Chronicles. Elle is a proud member of theRomance Writers of America.